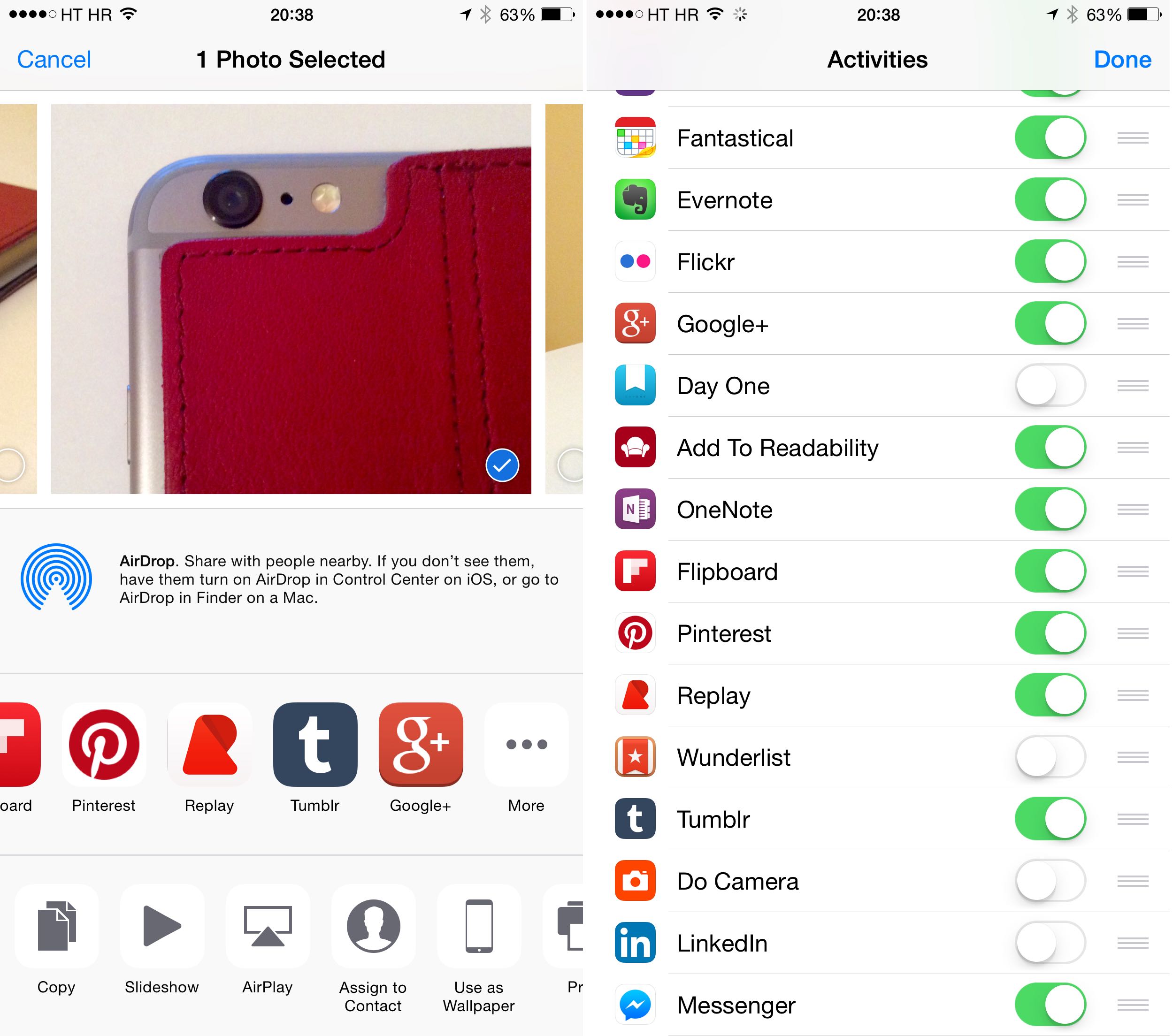 Today, social networking behemoth Facebook issued a small yet important update to its mobile messaging software for the iPhone and iPad. Facebook Messenger version 22 is now available in the App Store and with it comes a much appreciated and long overdue iOS 8 extension.

With it, you can at last send pieces of content to Messenger without leaving other apps. Using iOS 8’s standard Share sheet, it’s simple to share photos, videos and links directly with Messenger contacts, without leaving context of the app you’re currently using.

Before it can be used, the extension must be enabled first.

To do this, I just invoke the Share sheet in any app like, say, Photos. Next, I’d swoosh the top row of icons by swiping to the left until the “More” option came into view.

As illustrated on the top screenshot, tapping “More” brings up the interface which lets me flip the switch next to “Messenger” to ON. Furthermore, I can optionally drag “Messenger” further up for quicker access.

Now direct sharing of photos and videos in Photos — or in any other app for that matter, as long as it plays nicely with iOS 8’s Share sheet — is trivial. 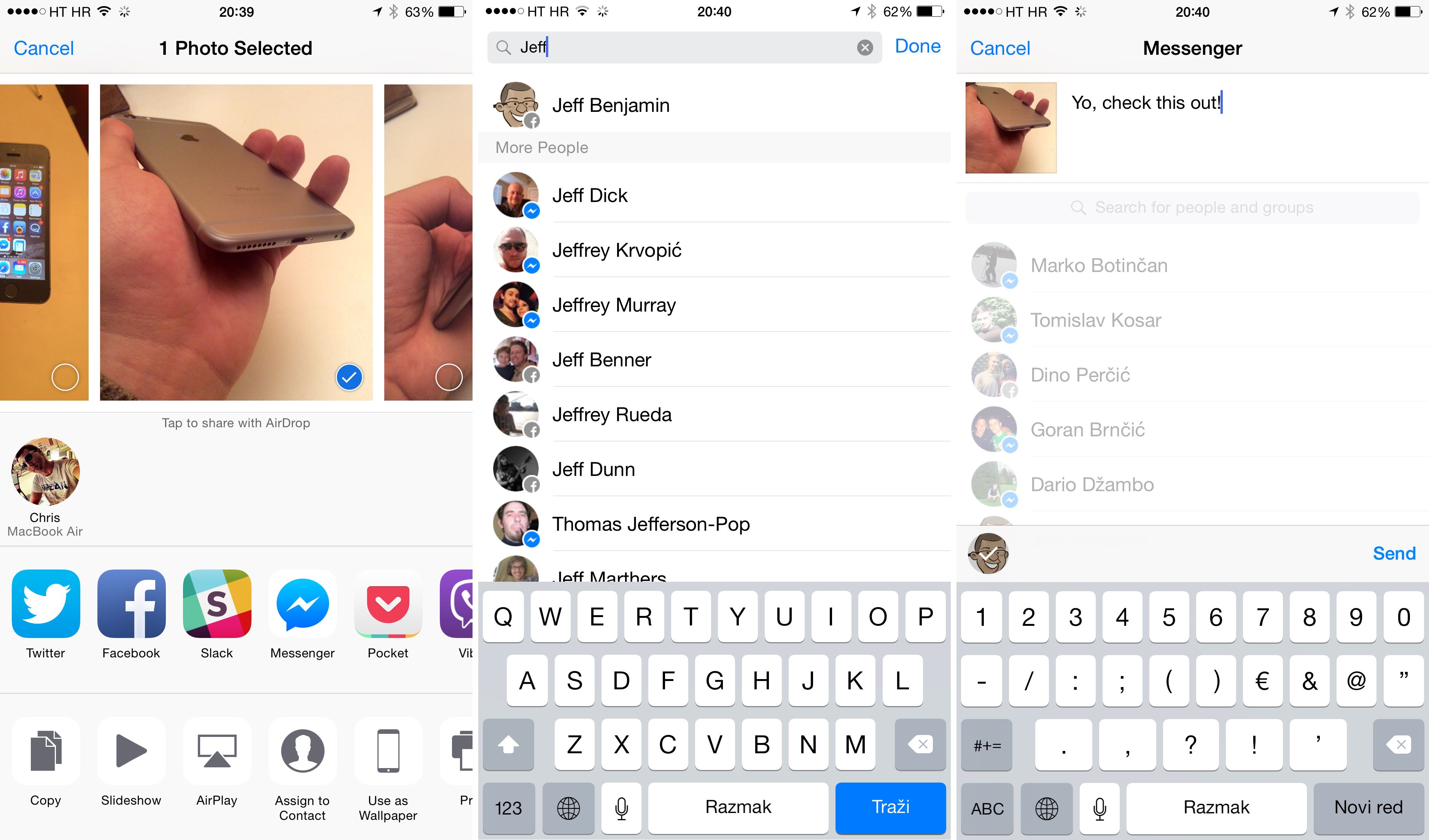 As shown above, I first tap on the Messenger icon in the Share menu.

Up pops the familiar interface asking me to choose one or more contacts or groups to send this content to. Optionally, I can provide an accompanying message before choosing Send. 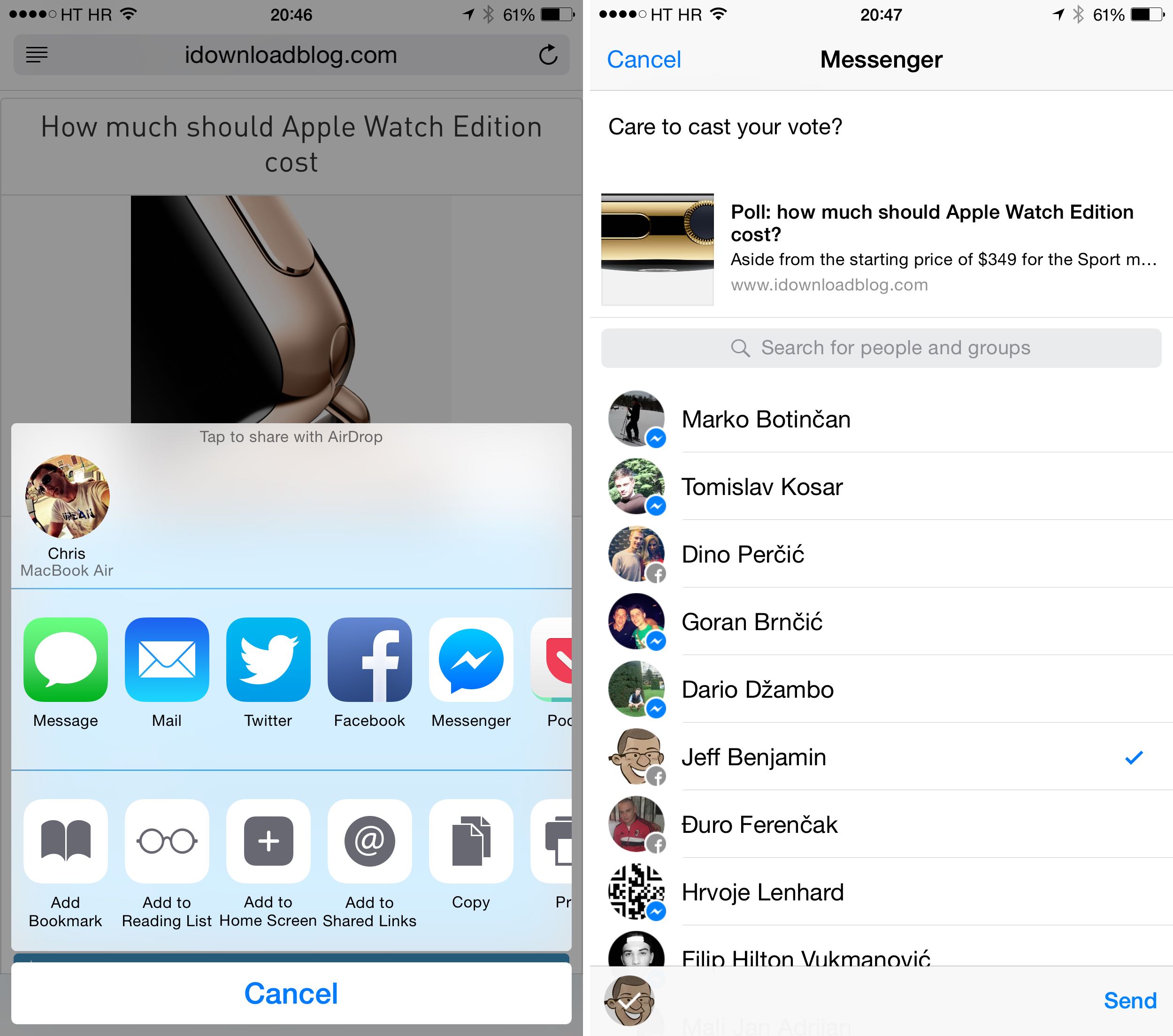 It’s just as easy to send URLs to Messenger contacts.

Tapping on Safari’s Share icon and choosing “Messenger” lets me select my recipient(s)/group(s), optionally type in a message and I’m good to go.

Messenger requires an iPhone, iPod touch or iPad with iOS 7.0 or later. As you may have guessed, the new Share sheet extension requires iOS 8.0 and newer.