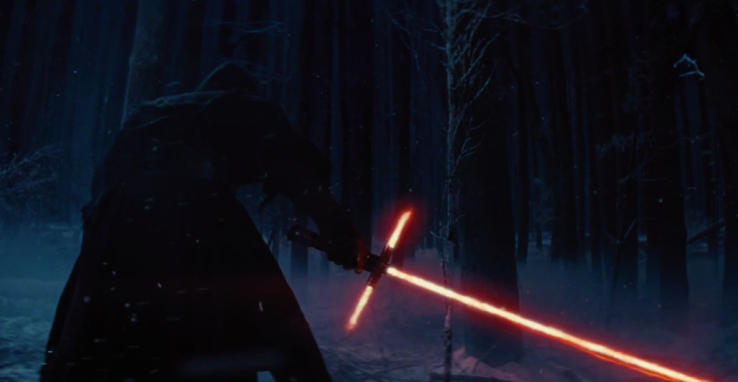 An astonishingly detailed profile of Apple’s design head Jony Ive that was published last week by The New Yorker makes an interesting side note about an upcoming Star Wars movie.

According to the article, director J.J. Abrams said Ive made “very specific” suggestions about lightsaber design for Star Wars: The Force Awakens movie.

The quote prompted 3D artist Martin Hajek to come up with a batch of renderings showcasing his amusing depiction of a Jony Ive-fied Star Wars lightsaber.

Apple’s famed industrial designer reportedly told Abrams the weapon could be redesigned to be “more analog and more primitive” because, in that way, it would look “somehow more ominous.”

Indeed, the inaugural trailer for the upcoming movie features a brief depiction of a cloaked figure in a dark forest wielding a two-handed longsword with a cross guard, as seen top of post.

And now, check out Hajek’s renderings below. 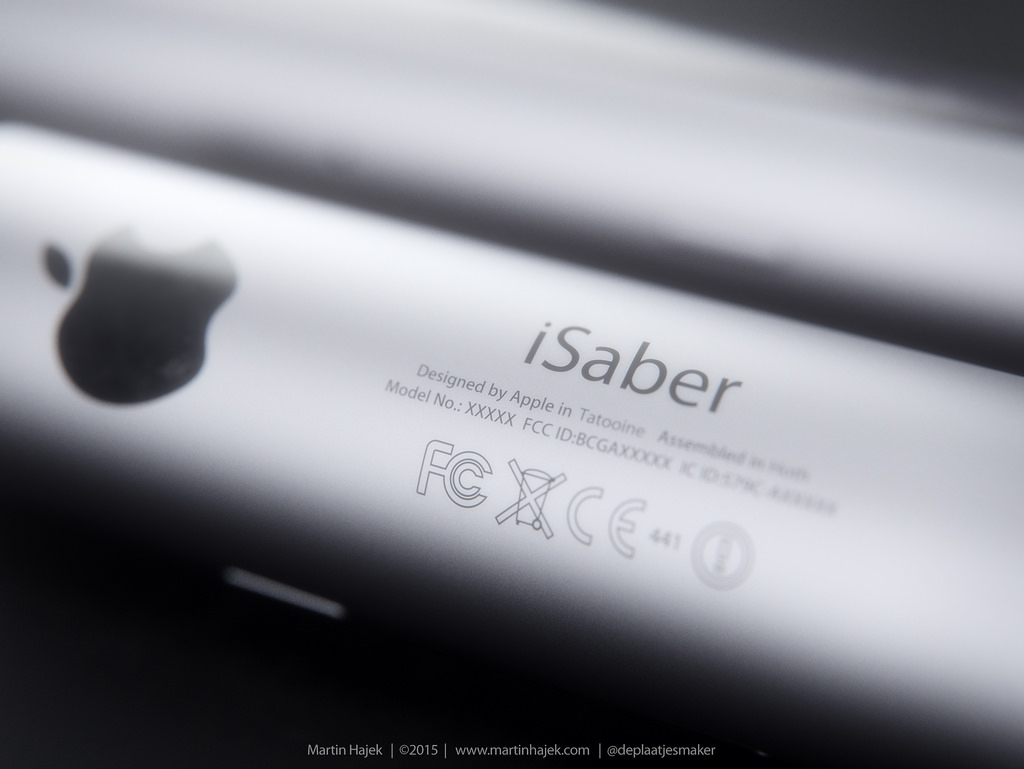 Note the “Designed by Apple in Tatooine” tagline. 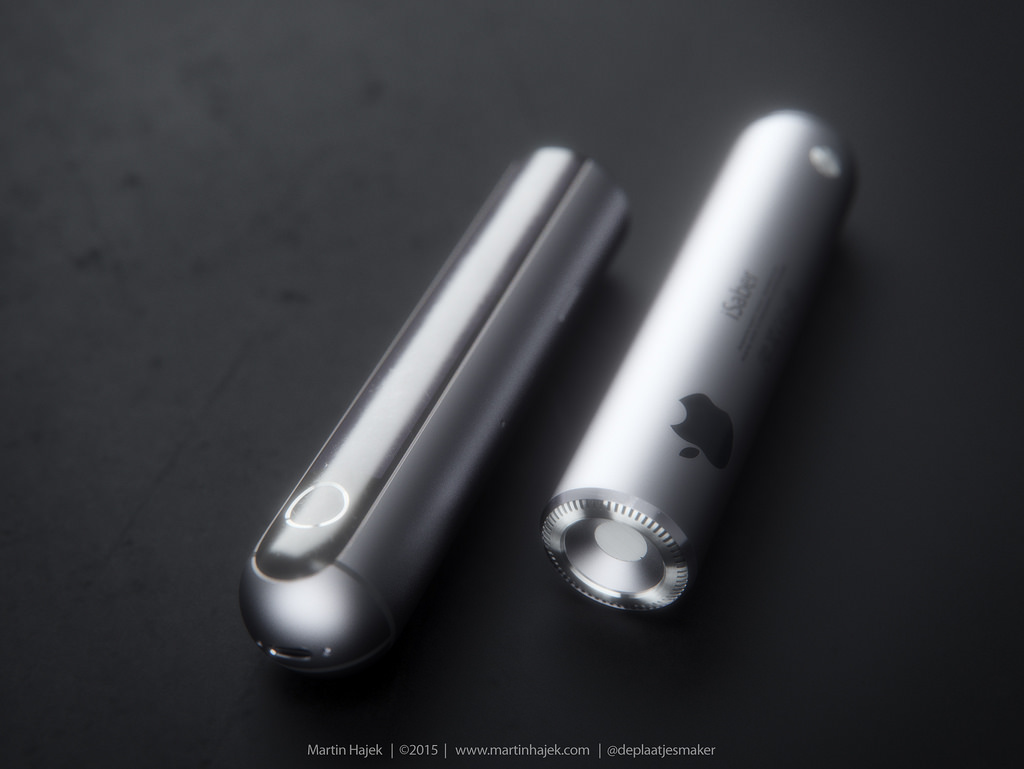 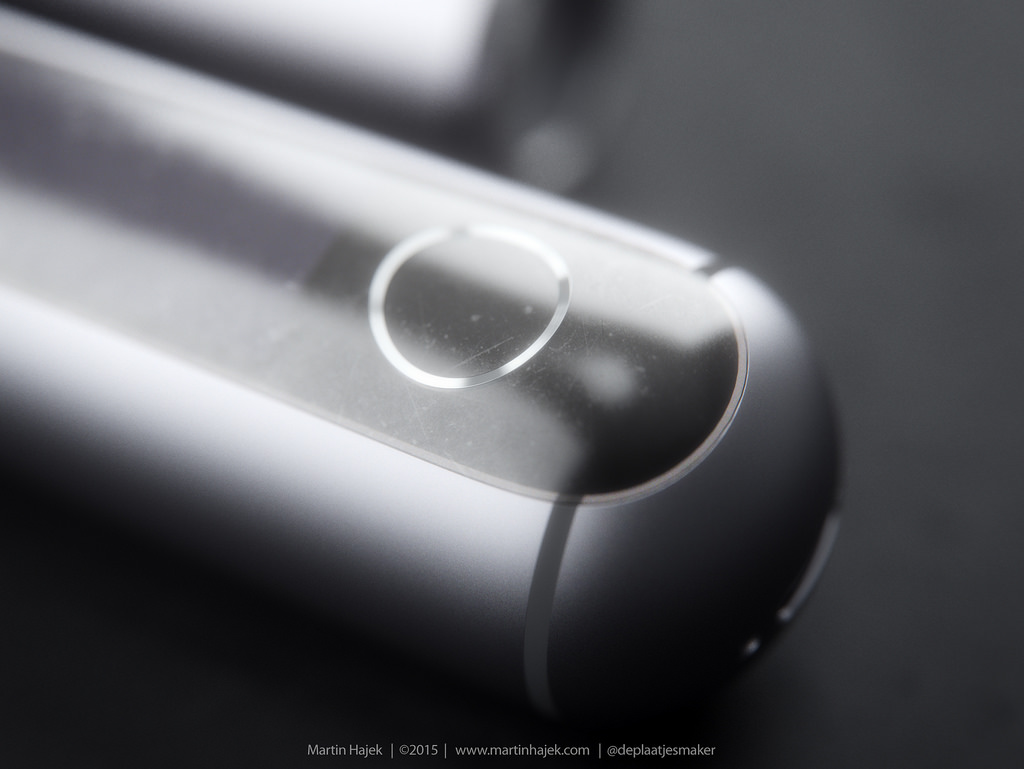 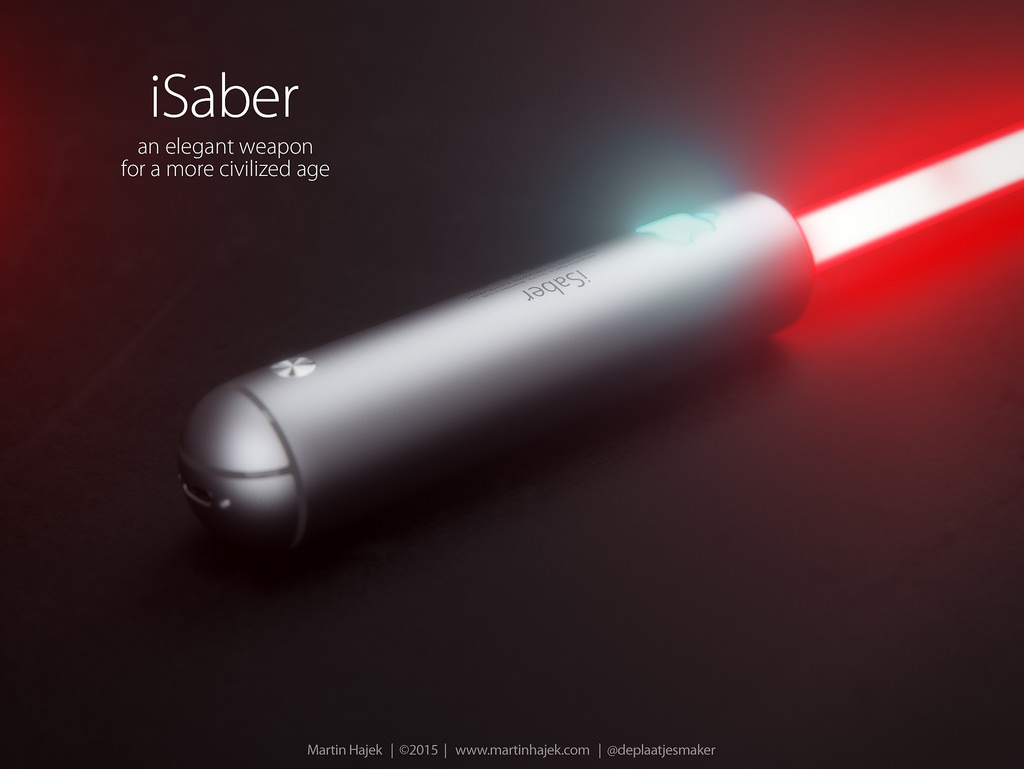 It would have a multi-touch enabled interface of its own. 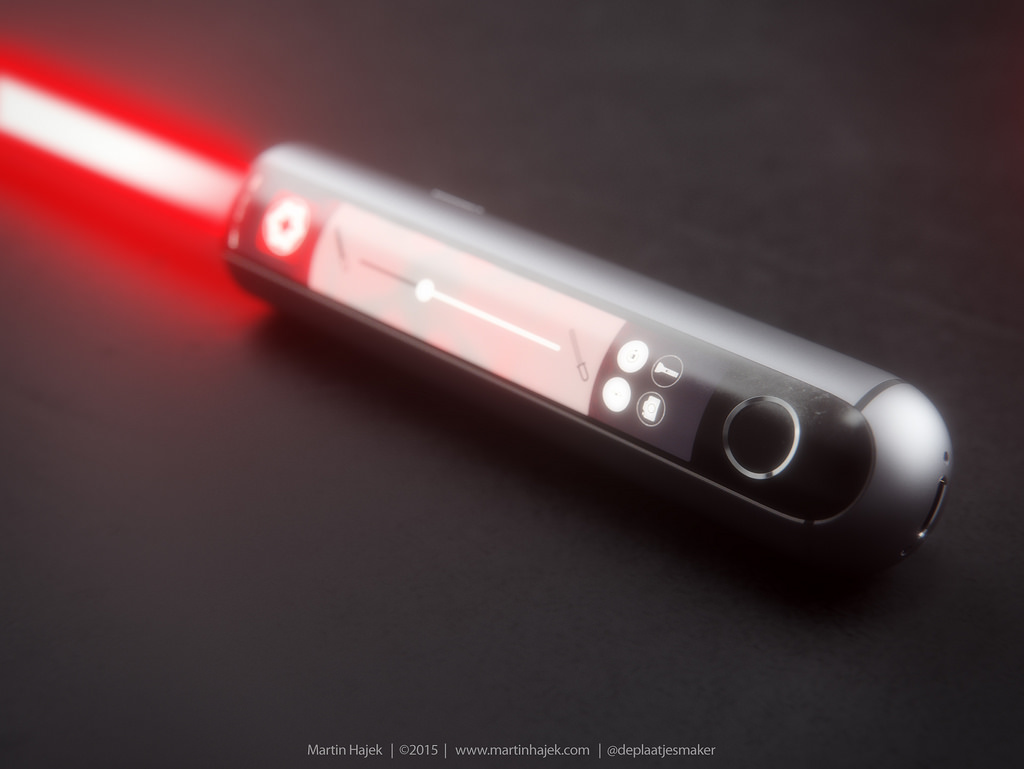 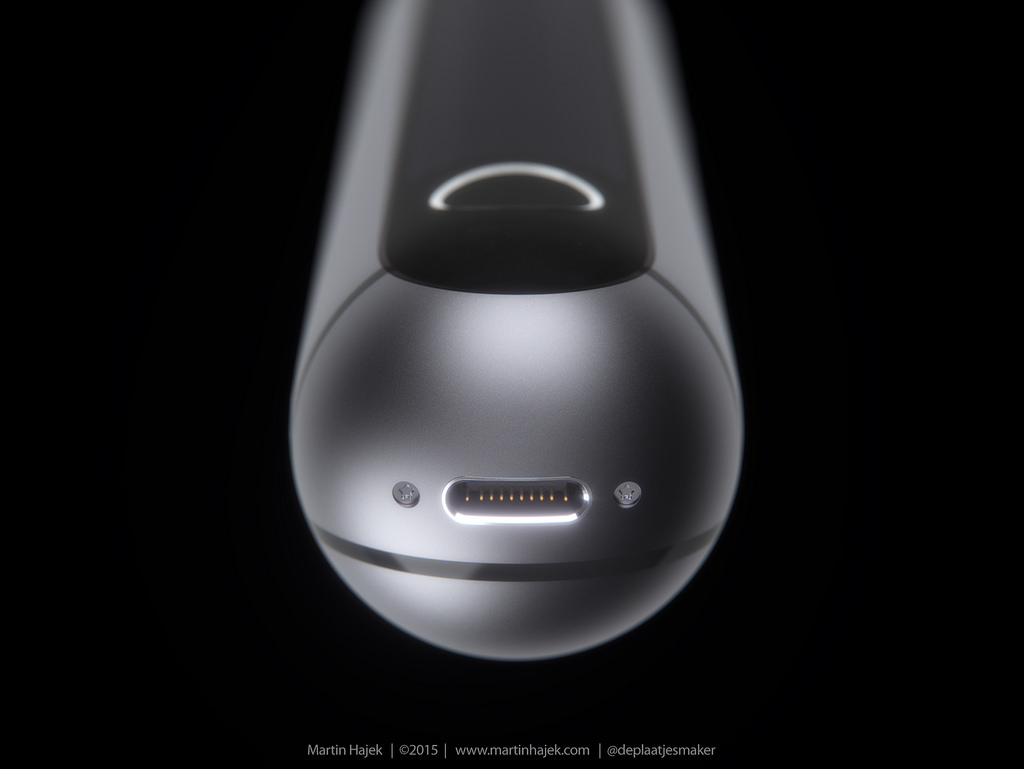 Available in Space Gray and Gold! 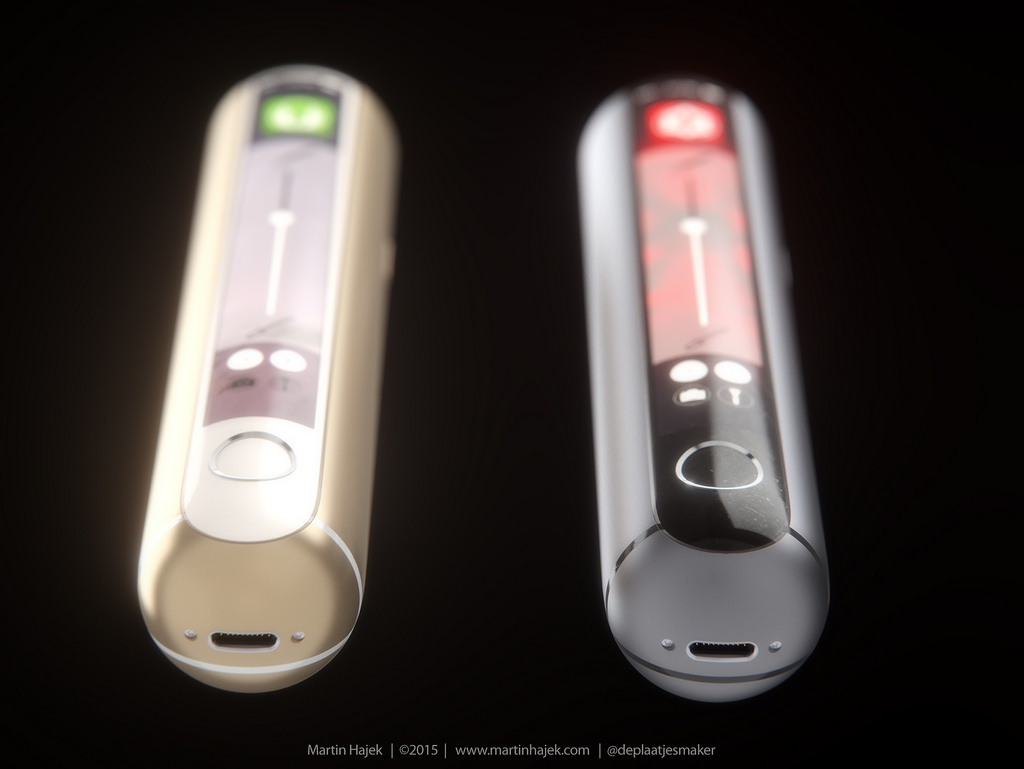 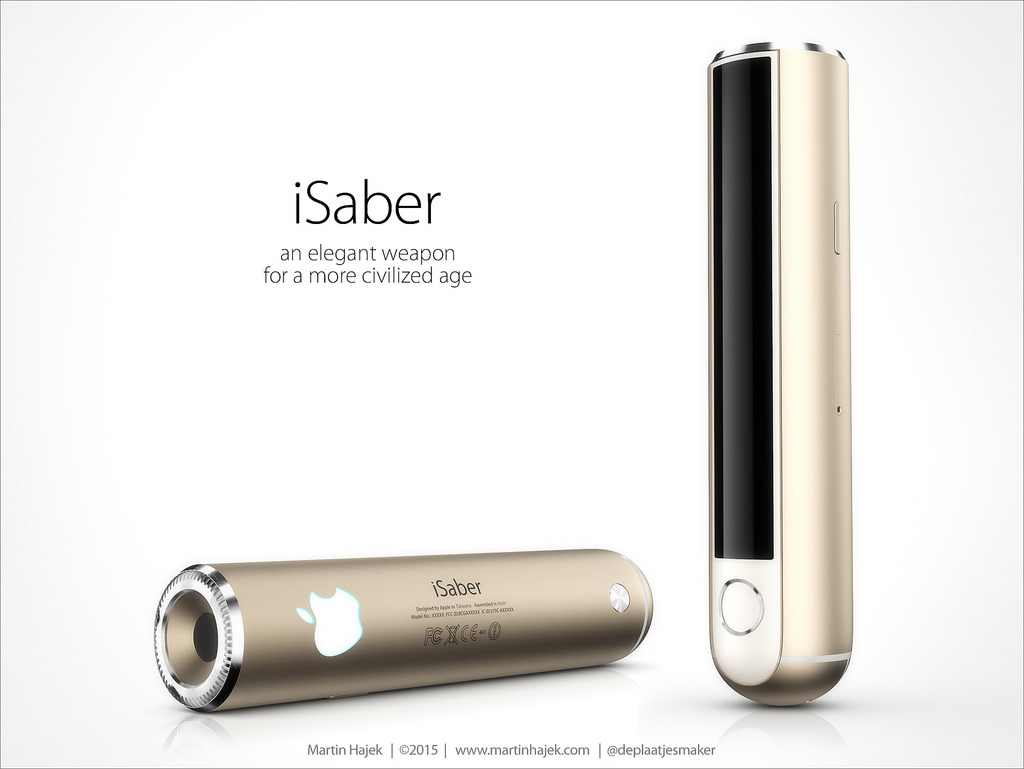 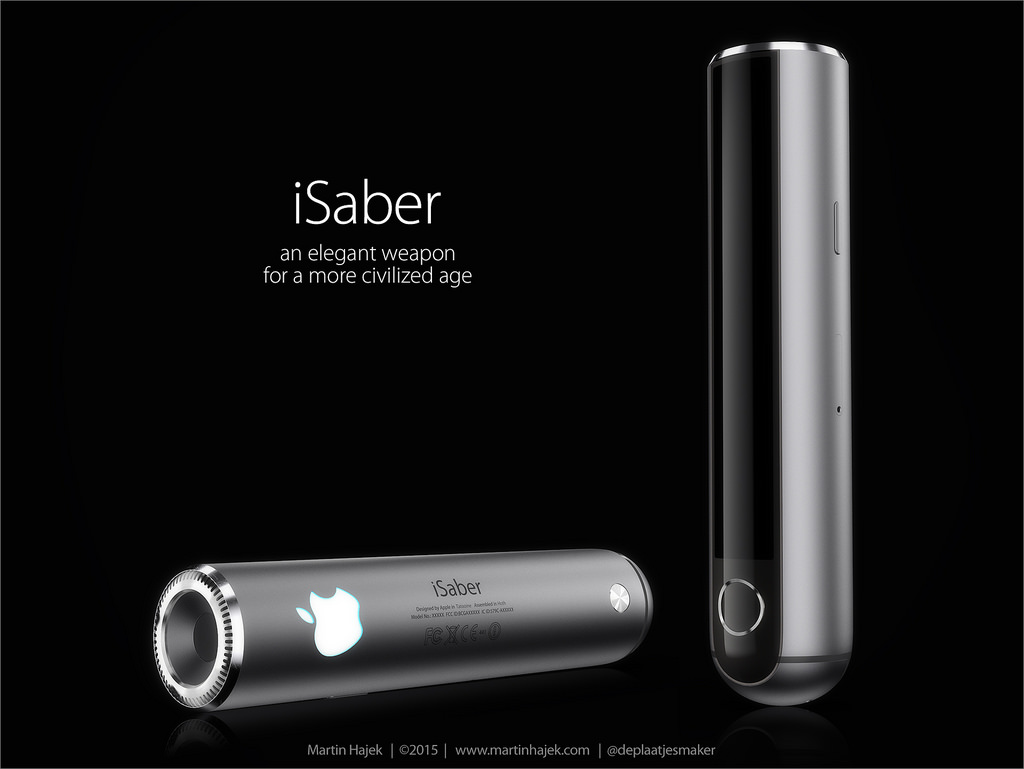 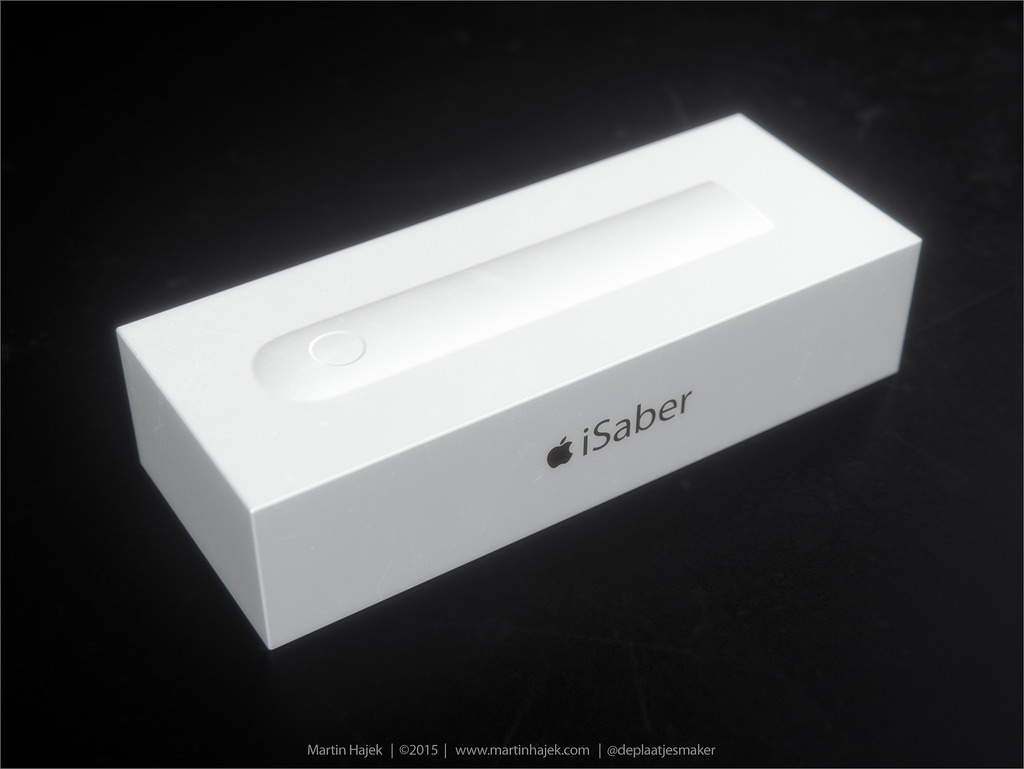 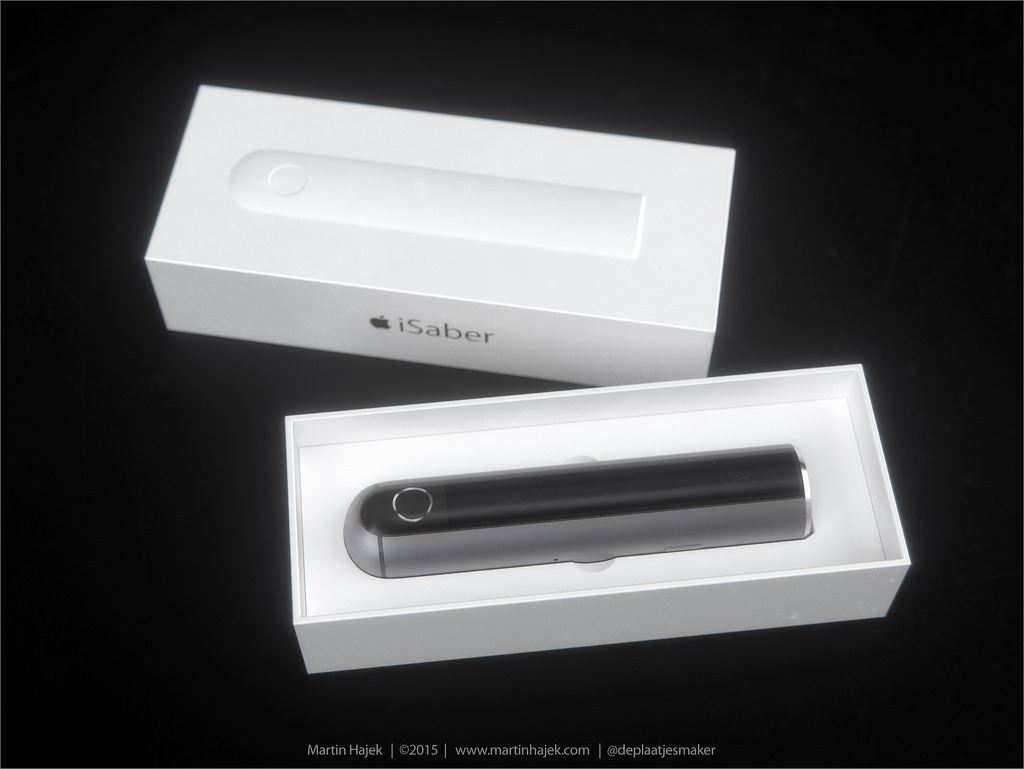 Ive once sat next to J. J. Abrams at a boozy dinner party in New York, and made what Abrams recalled as “very specific” suggestions about the design of lightsabres. Abrams told me that “Star Wars: The Force Awakens” would reflect those thoughts, but he wouldn’t say how.

Abrams is friends with Ive, whose long list of celebrity friends includes the likes of Bono, Yo-Yo Ma, Chris Martin, Stephen Fry and many others.

“After all – it is a weapon for a more civilized age,” remarked Hajek, who created these gorgeous renderings. “Now with a lanyard,” he added jokingly.

More renderings are available at the source link below.