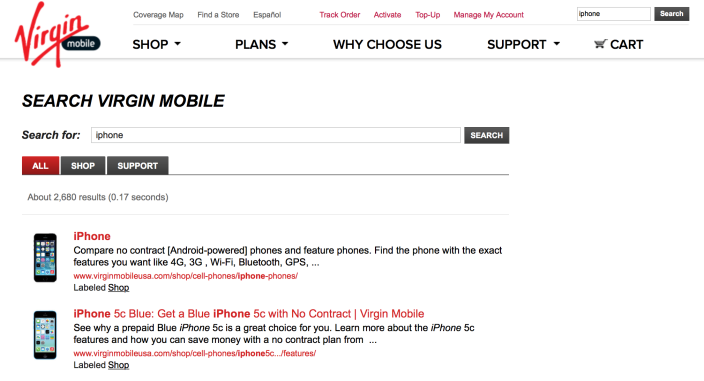 Virgin Mobile appears to be getting out of the iPhone business as the handset is no longer available through the carrier’s online store nor can any iPhone model be found using the search function, Zac Hall of 9to5Mac reported Friday.

Although the company provided no explanation for the move, the writing has been on the wall ever since the iPhone 6 and iPhone 6 Plus were released last fall, with Virgin offering limited-to-no iPhone stock and treating would-be shoppers to an “out of stock” message.

For what it’s worth, Virign said at the time it had no plans to carry the new iPhones. “Specifically, the prepaid carrier went head first into the holiday season without any iPhone inventory for shoppers,” Hall observed.

In the United States, Virgin Mobile is a prepaid carrier wholly owned by Sprint Corporation. The company became the iPhone reseller by landing the iPhone 5 on June 28, 2013, its second device taking advantage of Sprint’s LTE network.