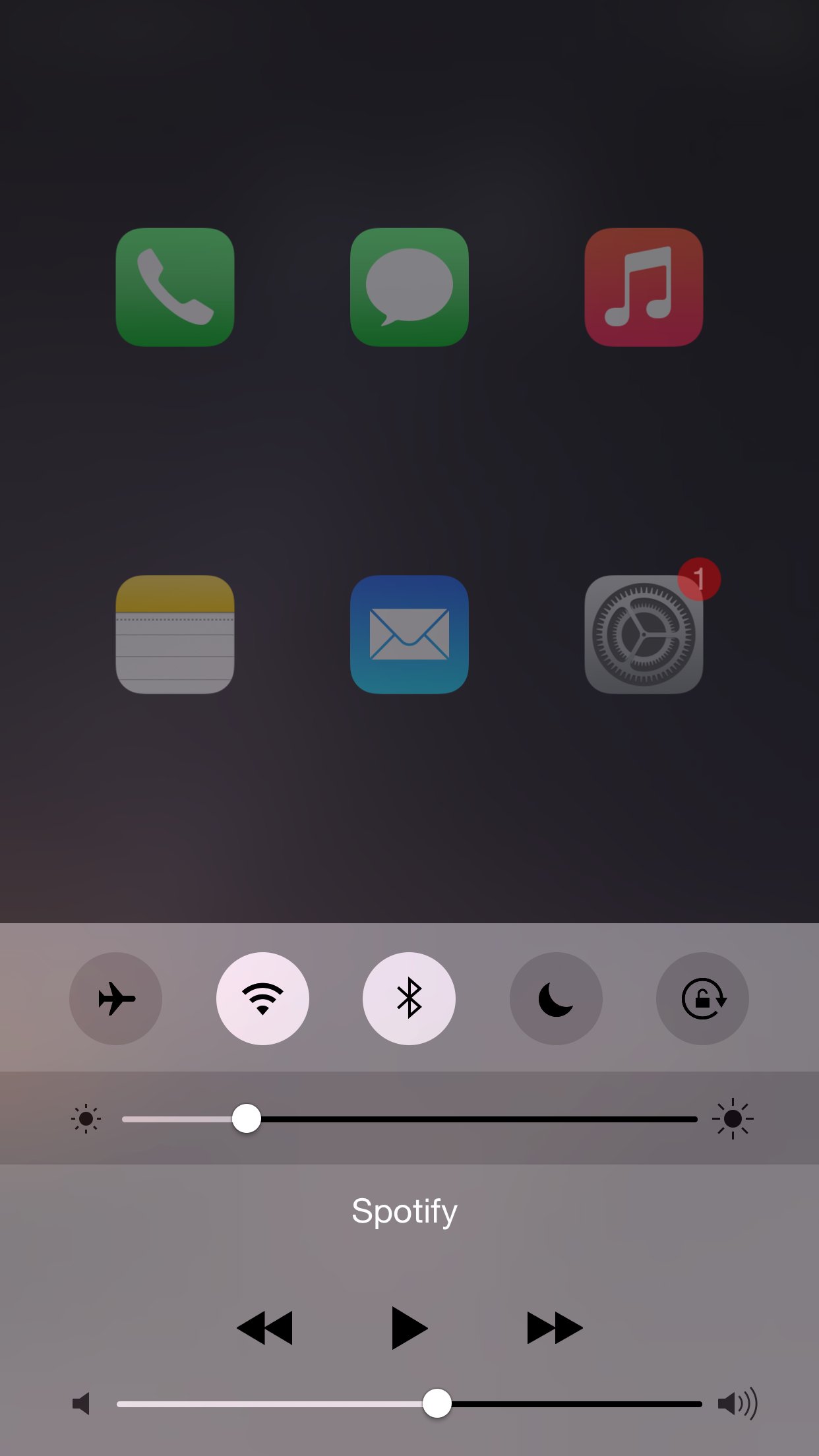 Axial is a brand new jailbreak tweak for iOS 8 that brings new app launching features to Control Center. Wherever you’re able to open Control Center, including while on the Lock screen, you’ll be able to launch apps via Axial.

One of the tweak’s hallmark features is its temporary auto-unlock for quicker access to your favorite apps while on the Lock screen. Auto-unlock makes it so that your device automatically inserts your passcode. This allows you to use pre-approved apps without manually entering a passcode or verifying with Touch ID.

One of the first things that you’ll notice about Axial is the way it animates when invoking the Control Center. The app shortcuts appear from the top of the screen as you move the Control Center up from the bottom of the screen. With the correct background blur, opacity, and size settings configured within the preferences, it can look pretty good.

As with the majority of jailbreak tweaks, Axial can be configured from the stock Settings app. Inside of the its preferences, you’ll find the standard kill-switch along with a switch for enabling Axial on the Lock screen. 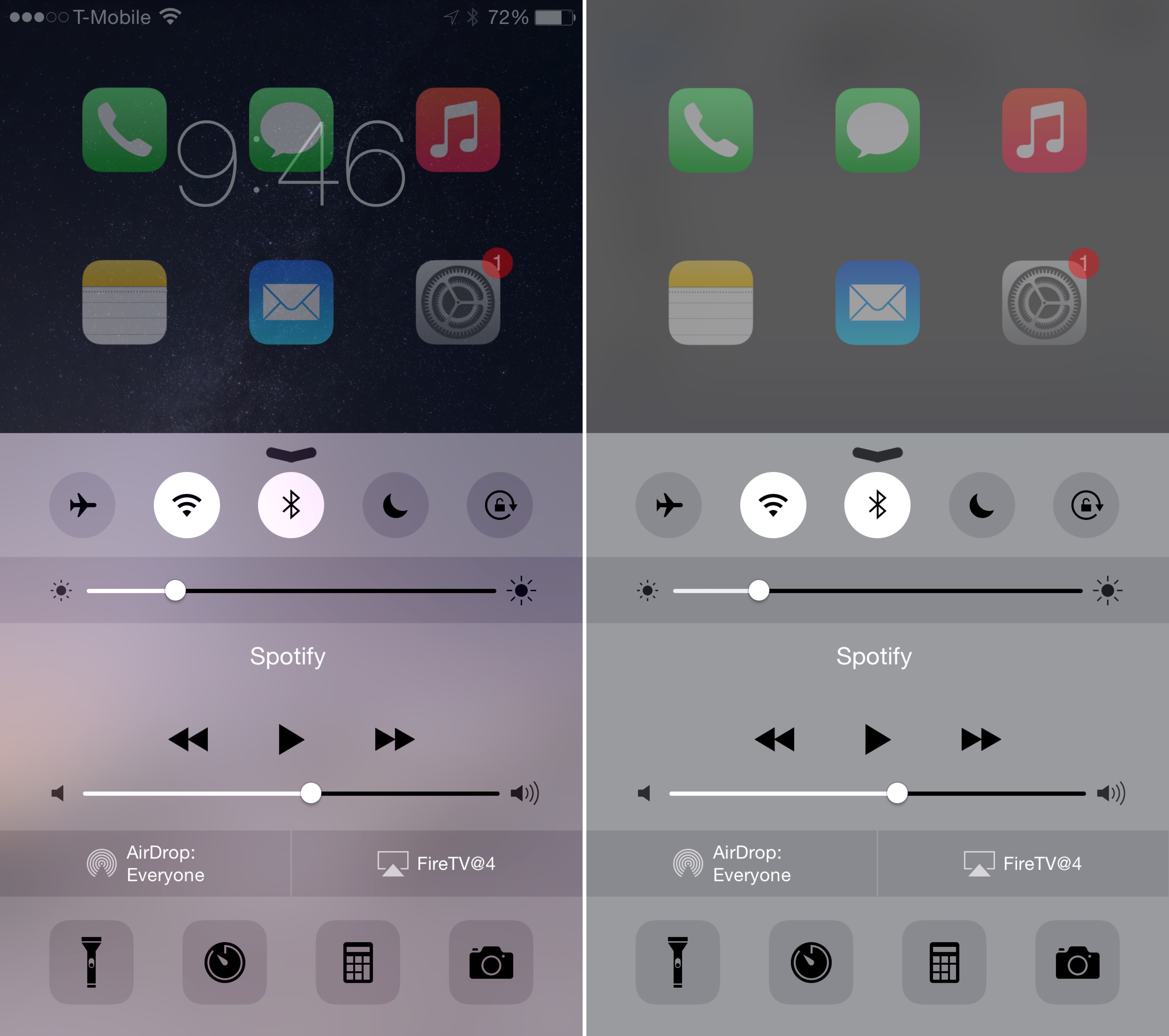 The Apps section of Axial’s preferences is where you’ll be spending the most time configuring the way the tweak works. Hidden behind this section is a heaping helping of settings and switches for customizing the apps that appear in the Axial interface. You’ll also find auto-unlock options, apps per row settings, visual modifications for badges, labels, icons and more. If you’re a user of one of developer Jacob Caraballo’s other flagship tweaks—AppBox—then you can even enable a switch that lets you bring its configured apps into the Axial view. 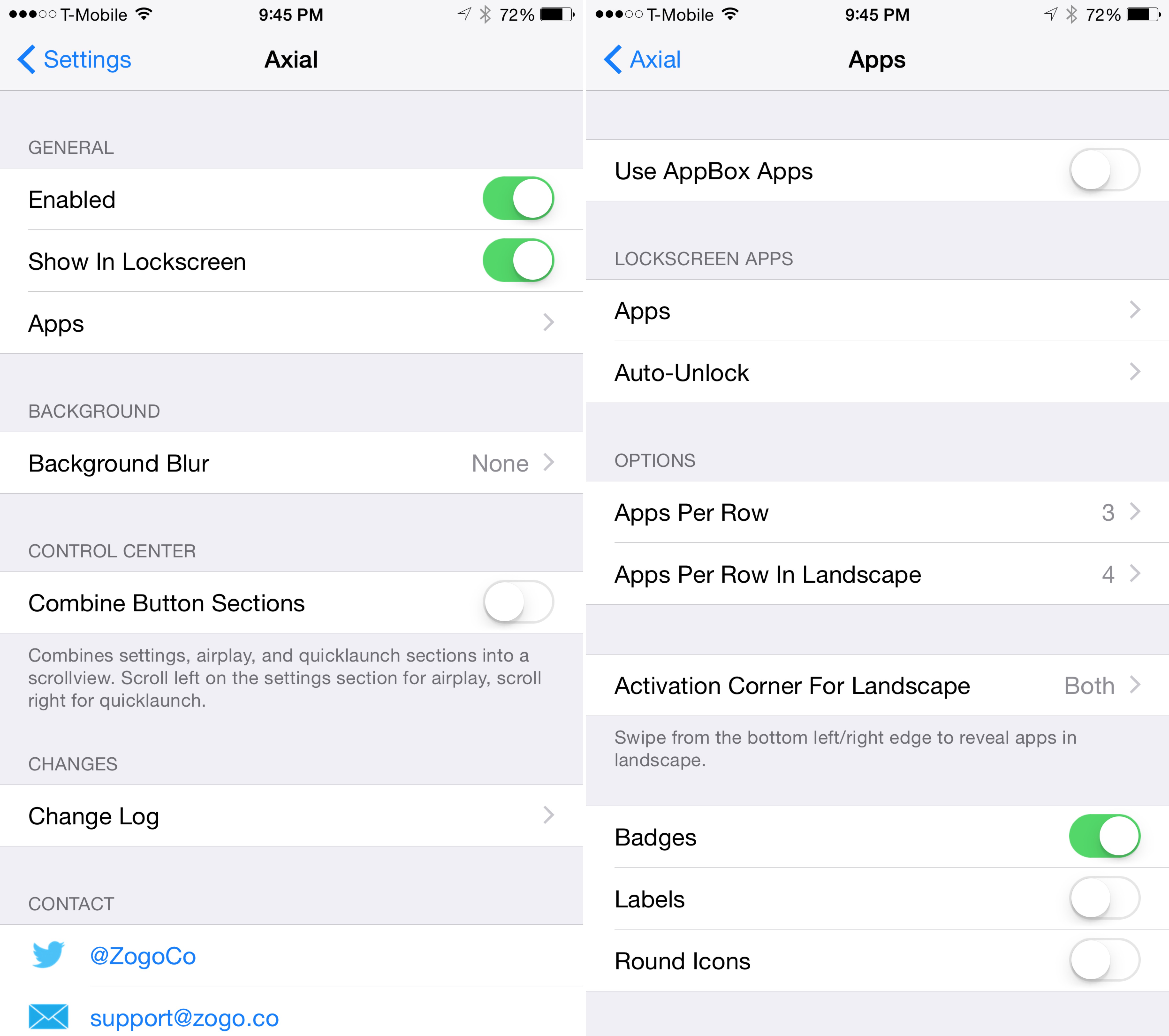 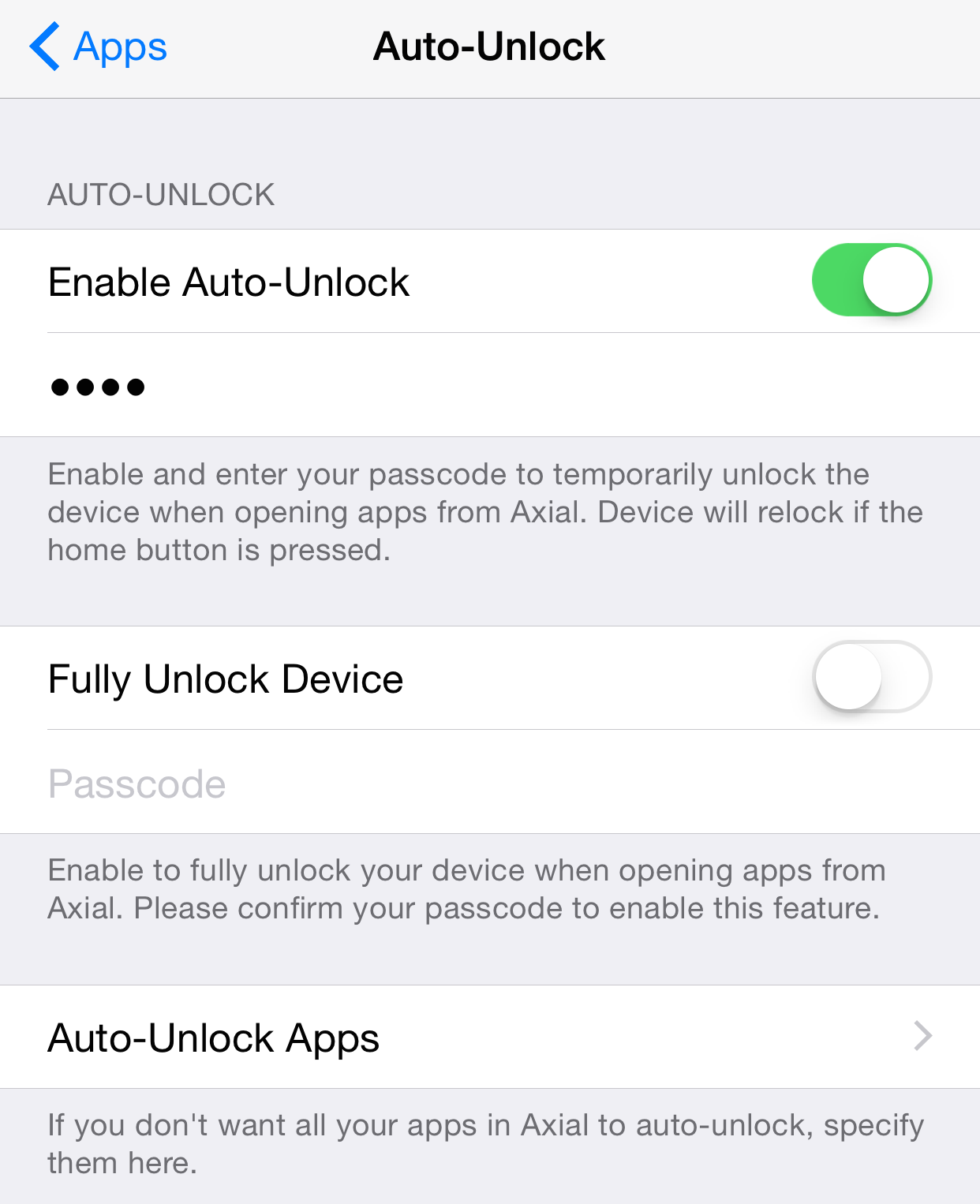 The last major setting that you’ll find within Axial’s preferences is an option to combine several of the button sections within Control Center. This is done in order to save precious real estate when opening Control Center. If you choose to configure more apps per row than the default amount of 3, then it may be a good idea to use this switch.

Practicality-wise, I think that Axial is a solid tweak. It’s a little underwhelming, because it feels like we’ve been down this road before, but it does what it does well. If you’re looking for a way to quickly launch apps from Control Center, or if you want quick access to apps using auto-unlock from the Lock screen, then Axial is a tweak that’s worth investigating.

You can find Axial for $1.49 on Cydia’s BigBoss repo. Share your thoughts about the tweak down below in the comment section.