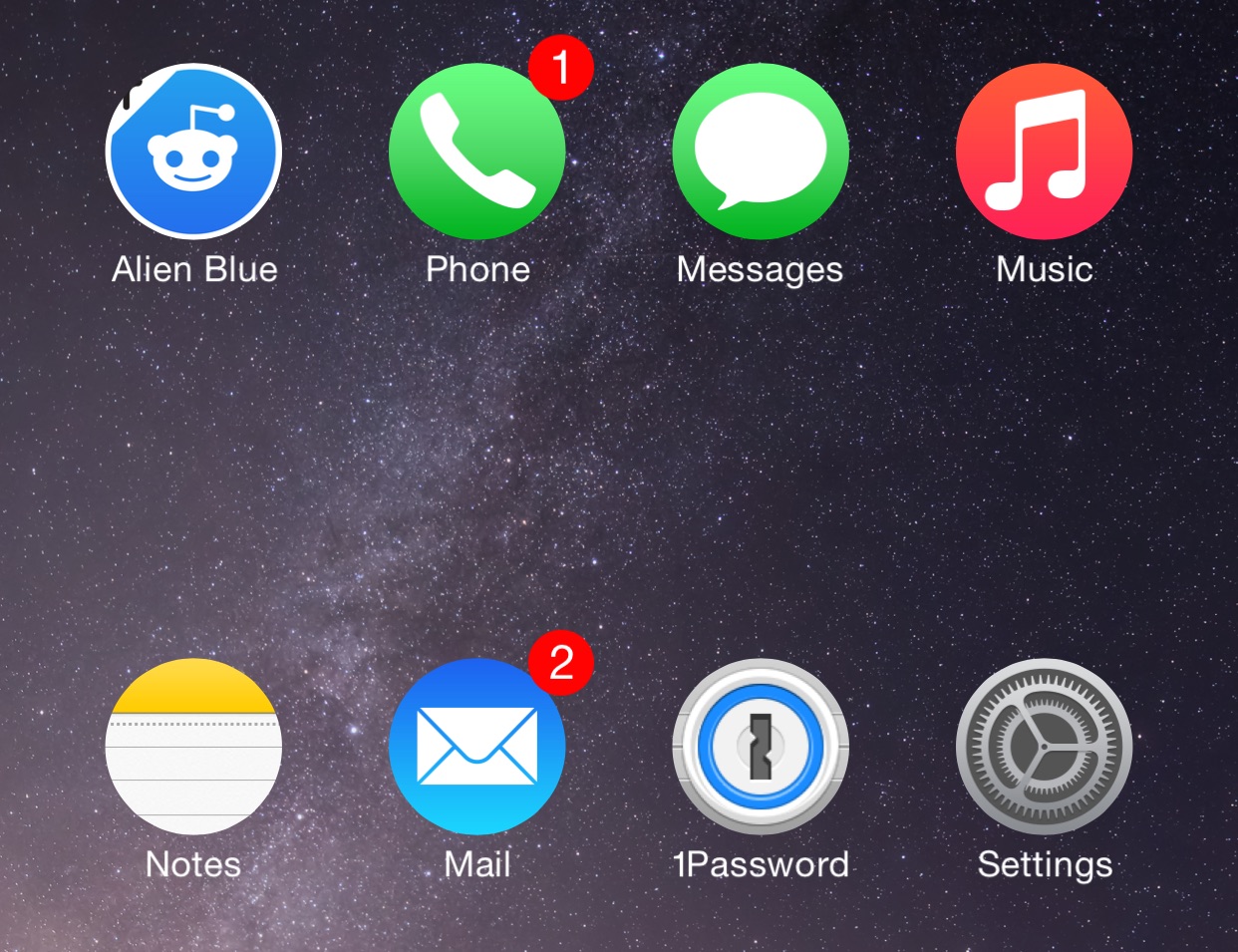 Developer Jacob Caraballo has released an updated version of AppBox specifically for iOS 8. Like its predecessor, AppBox 8 functions as a Lock screen launcher and overall Lock screen enhancer. AppBox 8 can launch apps directly from the Lock screen without entering a passcode. It also features plugins for certain apps to access shortcuts for composing new notes, accessing playlists, contacts, and more.

AppBox is a tweak that feels more like a grab bag or a potpourri of different tweaks more so than a focused standalone tweak. That’s because it contains so many different components. This ultimately means that you probably won’t take advantage of all that the tweak has to offer, but you’ll likely find something within it useful.

After installing AppBox 8, you’ll need to head over to the stock Settings app and locate its preference panel. AppBox’s preferences are made up of three sections: General, Lock Sleep Timer, and Options. The General section is where you’ll be spending the majority of your time. It allows you to choose what apps appear on the Lock screen, establish auto-unlock options to launch apps without needing a passcode, and customize the way that app icons are displayed. 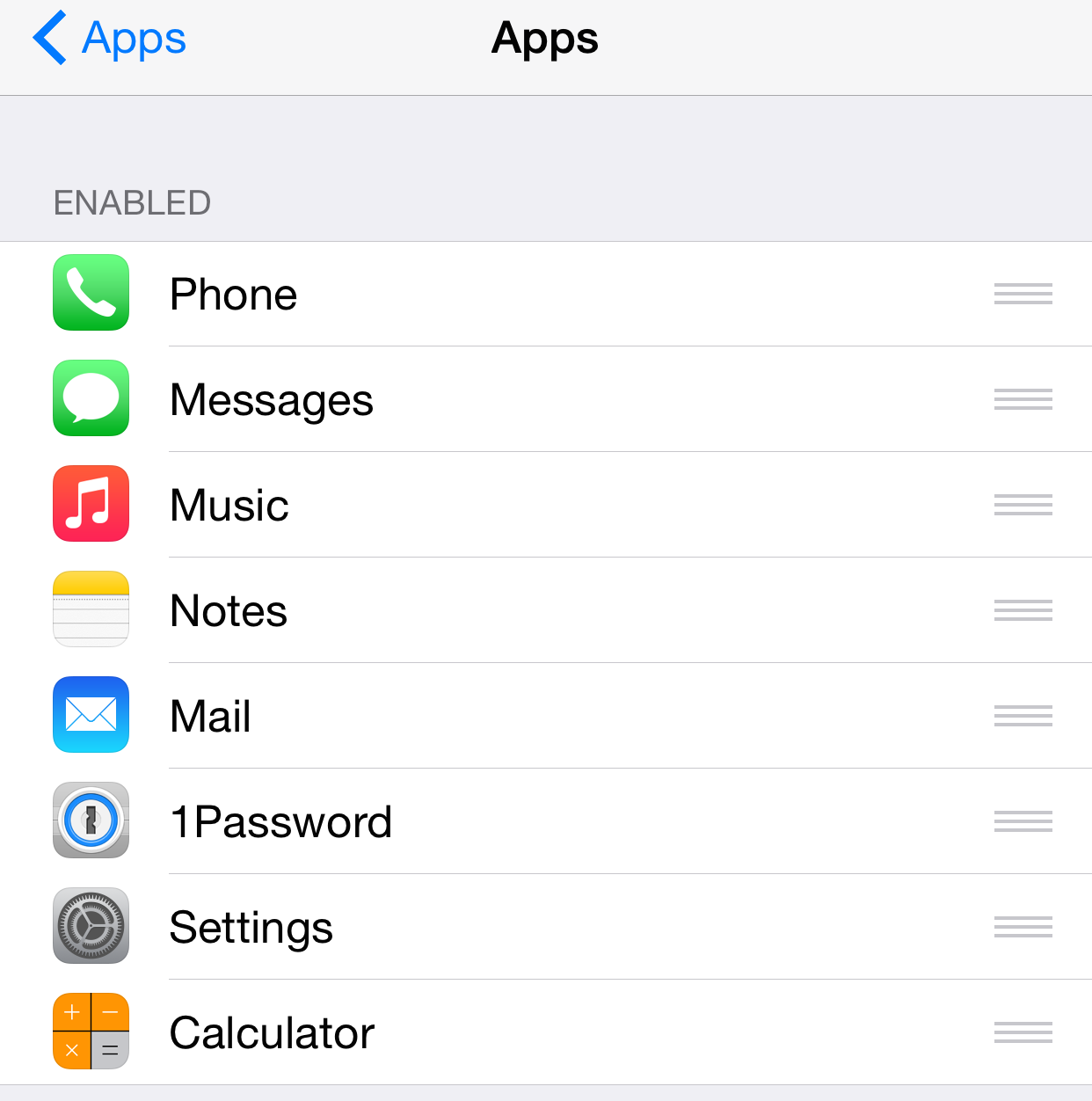 Once you have everything set up as you desire, you can start using AppBox. To do so, go to the Lock screen, and swipe from right to left. This will reveal the AppBox launcher. The app icons are arranged according to the way that you modify the apps per row setting in the preferences. There’s also options to change app opacity, size, apps per row while in landscape, and more.

If you don’t have a passcode established on your device, tapping on an app will simply launch the app. Otherwise, you’ll need to insert your passcode, or preferably, set up Auto-Unlock in AppBox’s preferences. By entering your passcode to enable Auto-Unlock, apps can launch immediately without necessitating the need for the passcode entry and needlessly delaying the launch of an app. Only that single app will be launched, and once you press the Home button, you’ll be taken back to the Lock screen. Obviously, Auto-Unlock can make your device less secure, so proceed with caution with regard to the apps that you enable for quick launching via AppBox. 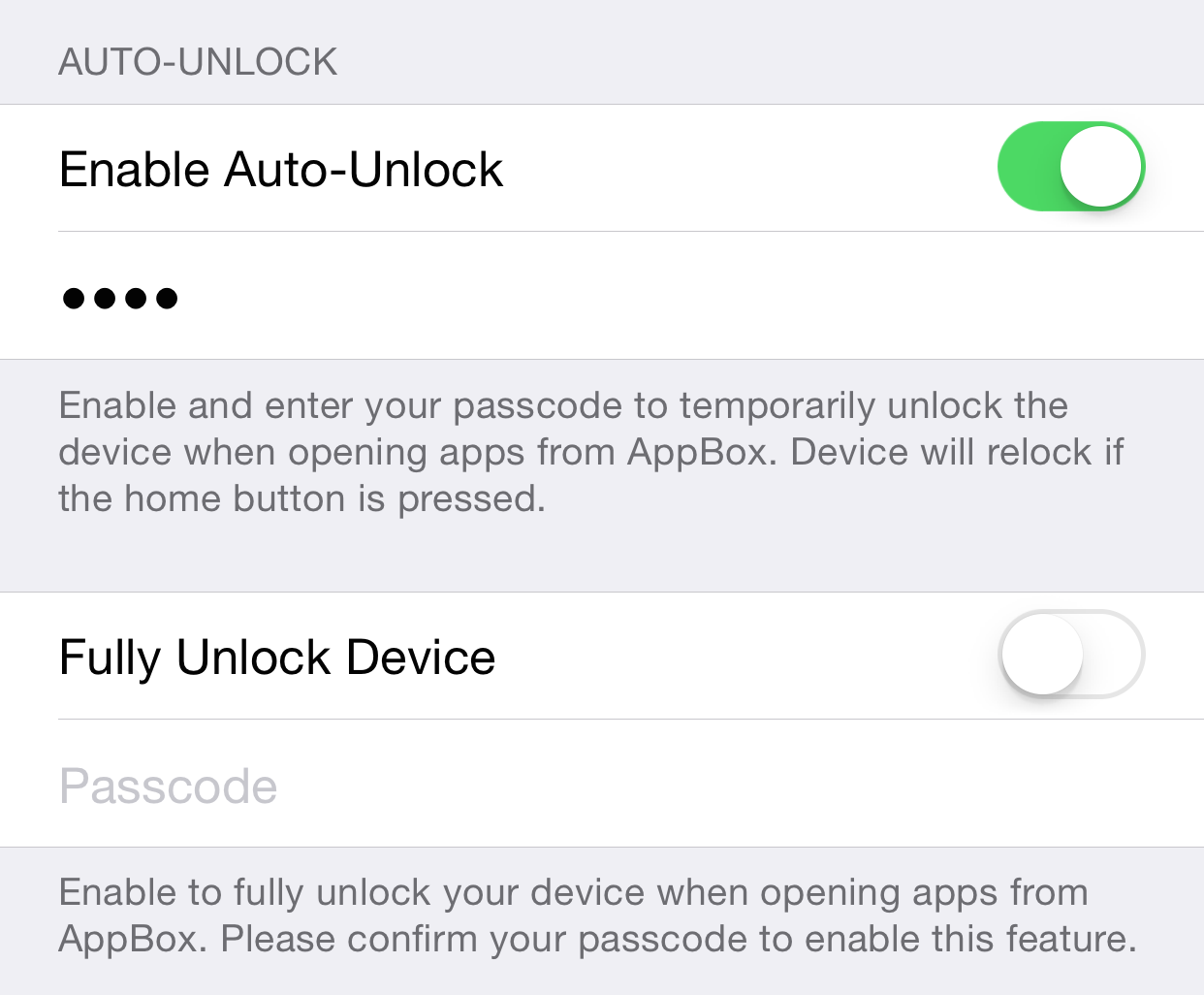 For those of you who wish to take it a step further, there are a few additional unlock options to be found in AppBox’s setup. First, you can choose to fully unlock your device when opening apps. This means that when you press the Home button to exit an app after launching it via AppBox, you’ll simply be taken back to the Home screen and can then fully access your iPhone. Obviously, this is the least secure option to be found, and I recommend against using it unless you truly have to.

There’s also an option to disable certain apps from using Auto-Unlock. This is good if you have an app with sensitive information that you don’t want to give AppBox free reign to. A good example of an app that you should enable here would be 1Password, any banking apps, or perhaps even your Photos app.

One last interesting feature that I’d like to briefly talk about is the plugin feature. Plugins are basically secondary app views that you can access by using a tap and hold gesture on an app icon found in your AppBox. For example, by tapping and holding on the Notes app, a quick note entry field is revealed for jotting down quick notes. Tapping and holding on the stock Music app will reveal a quick playlist picker, and the list goes on. 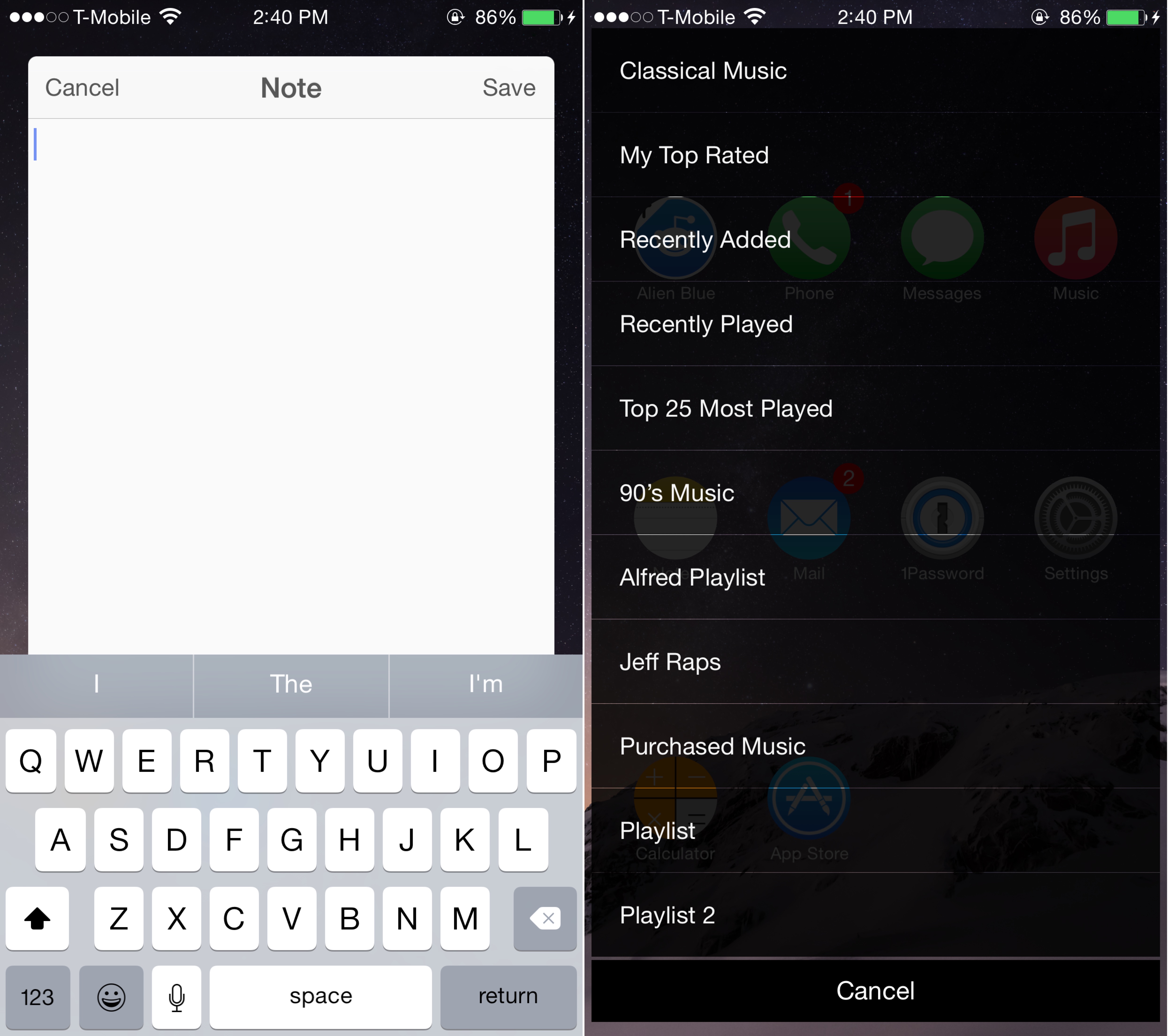 There’s so much to do and so much to configure within AppBox 8, that it can be a little overwhelming. For the price, I think you definitely get your money’s worth. In fact, I think if anything, AppBox would benefit from being a little more focused and streamlined. It’s good, but I just feel that it spins off in so many directions that it can feel a bit disconcerting at times.

AppBox 8 is available for $1.50 on Cydia’s BigBoss repo. Share your thoughts down below in the comment section.