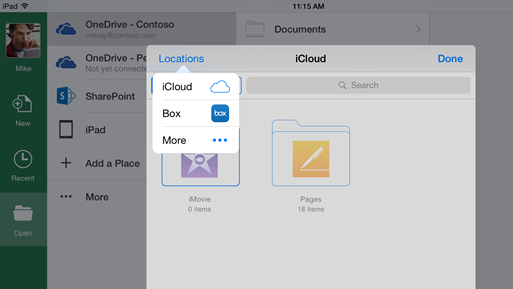 Windows maker Microsoft today announced it’s bringing out new cloud storage integration to Word, Excel and PowerPoint apps for the iPhone and iPad, including the iCloud file picker on iOS and Office Online integration for viewing and editing.

The much appreciated support for Apple’s cloud-based storage permits customers to store their documents, presentations and spreadsheets to iCloud and access them on their other iOS and Mac devices.

iCloud integration takes advantage of the Document Storage App Extension, a feature in iOS 8 which lets developers advertise third-party storage functionality to the system and make it available in other apps that support iOS’s standard file picker.

You can now open, edit and save documents from iCloud using iOS’s standard Locations picker found in the Places section of he Office apps, as well as access Dropbox, Microsoft’s OneDrive and other supported providers.

As The Verge noted, there are some restrictions in terms of file types.

“While you can see a thumbnail preview of text in a document created with TextEdit on a Mac (stored on iCloud), you can’t access the document or edit it,” reports the tech blog.

“While we’re announcing availability of the iPad and iPhone integration today, we’re hard at work on the same type of integration for the Office universal apps for Windows 10 and the Office for Android apps,” said the firm. 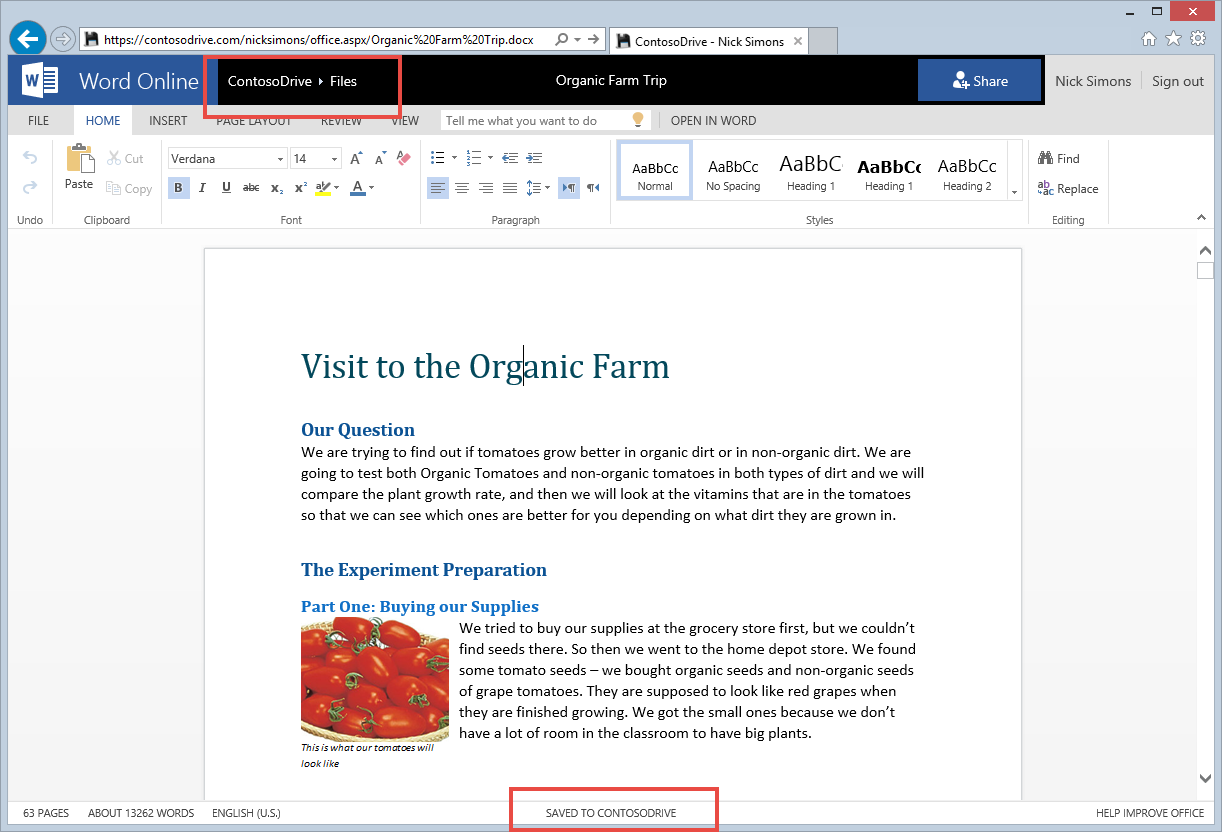 In addition to iCloud storage integration, third-party cloud services can now integrate Office Online into their apps. As shown above, this allows users to open, view, and edit documents stored in those services in any web browser.

Launch partners Box, Citrix and Salesforce are already working with Microsoft on this as a part of the software maker’s new Cloud Storage Partner Program.

Download Word, Excel and PowerPoint at no cost in the App Store.