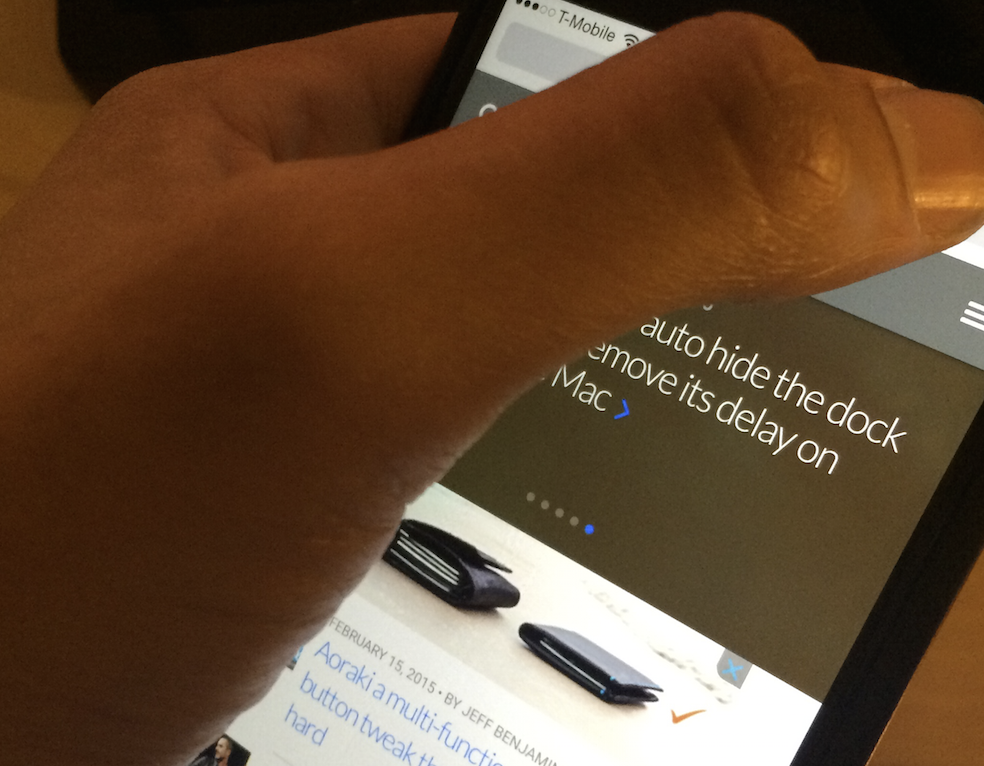 In iOS you can quickly scroll up to the top of a page by tapping on the status bar. This is an extremely convenient shortcut, one that I always sorely miss when I have to use an Android device.

But sometimes I wonder why there isn’t a way to quick scroll to the bottom of a page. I mean, there’s a page up and a page down key on a standard keyboard for a reason.

Since there’s probably no hope that we’ll ever see such a shortcut appear natively in iOS, I am, once again, turning to the jailbreak community for help. Last night, I even went as far as to create a concept video for the idea, but as it turns out, that wasn’t needed. It wasn’t needed because a tweak already exists that pretty much accomplishes this exact need. That tweak is called TapToScroll for Activator, and it’s available for free on Cydia’s BigBoss repo right now.

TapToScroll has the ability to scroll to the top of the page, middle of a page, or bottom of a page. Each of the three scroll areas can be assigned to independent Activator gestures for optimum control over the experience. 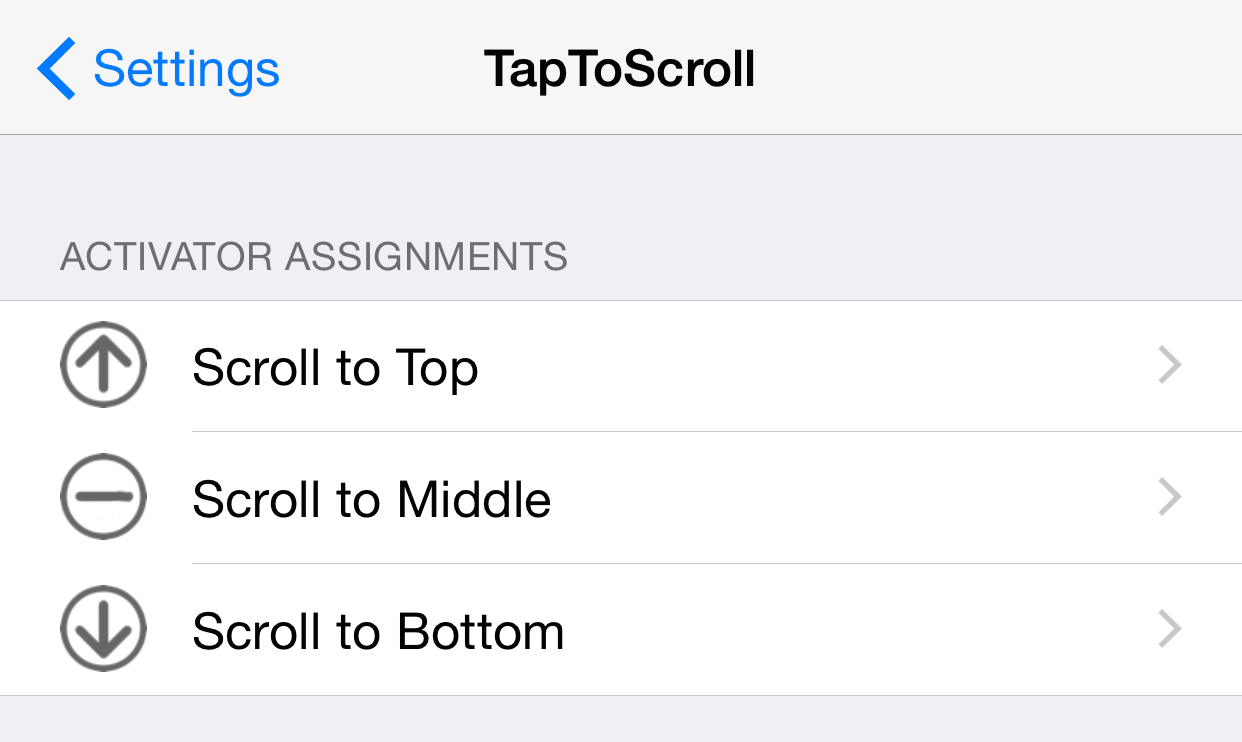 Although the tweak doesn’t work as ideally as I had hoped in Safari—for bottom scrolls it will scroll to the top first and then scroll to the bottom—it’s certainly better than nothing. If an enterprising developer had the time, it would be pretty cool if they could take my concept and make it a reality. Until then, I can definitely live with TapToScroll for Activator. It’s not perfect, but it does well enough that I can live with it.

What do you think? Do you think having scroll-to-the-bottom functionality is even necessary?