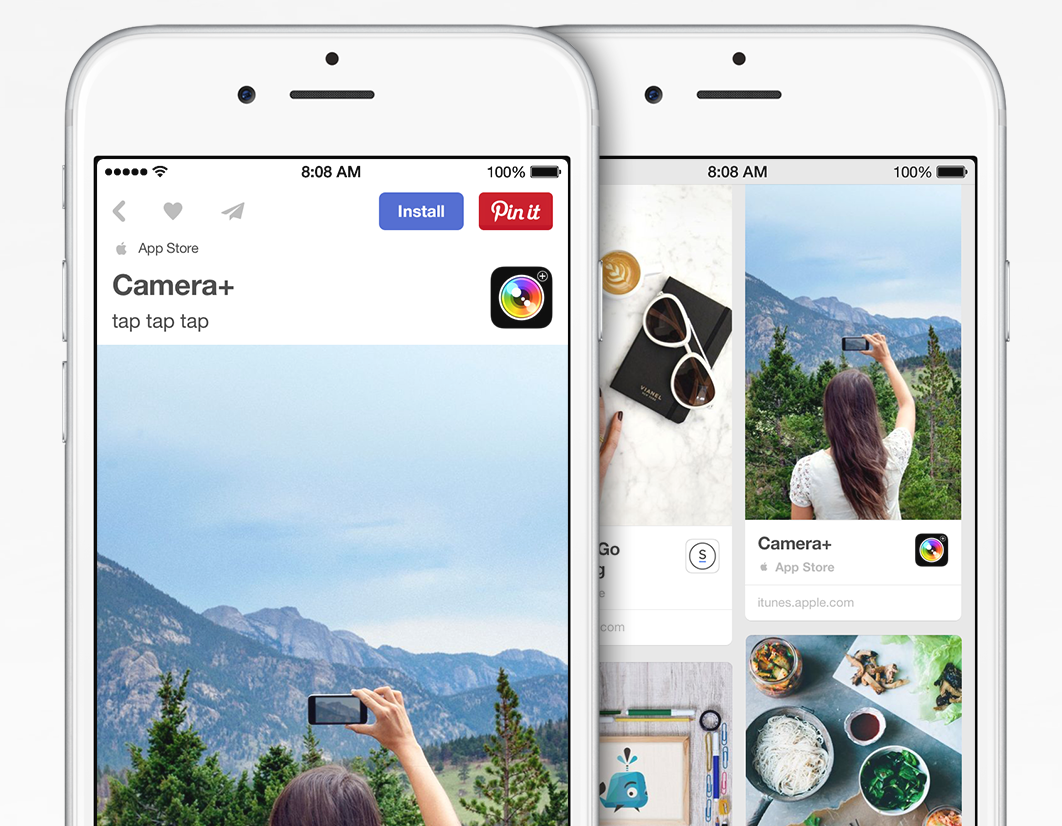 Pinterest, a visual discovery and sharing service, wants to make installing apps a frictionless process so yesterday they announced a new feature created in partnership with Apple, called App Pins.

In a nutshell, App Pins are special types of posts on Pinterest that feature an “Install” button. Tapping the button serves up iOS’s standard App Store preview sheet with related app information, allowing users to install an app right there and then, without having to leave Pinterest.

“Let’s say you’re Pinning workout inspiration to your Marathon Training board,” Pinterest explains. “If you see a fitness app that helps you reach your goals, you can download it right from Pinterest.”

As mentioned before, tapping the Install button initiates a download of the app right to your iPhone or iPad, without ever having to leave Pinterest for iOS.

Note that you’ll only see App Pins when using Pinterest official iOS app on your iPhone or iPad, as shown on the screenshot above. App Pins are unavailable through Pinterest’s web interface due to Apple-imposed restrictions.

Interestingly enough, Apple has created a new App Store account on the service which contains a collection of the latest and greatest App Pins, including apps and pins related to recipes and fashion (New York Fashion Week is running this week).

“You can also save your favorite apps right from the App Store itself,” explains the blog post. You’ll need to update your Pinterest copy to the latest version 4.3 which includes support for App Pins.

Pinterest founder Evan Sharp told The New York Times that “We can be a really powerful service for app discovery, which is a problem that still really hasn’t been solved.”