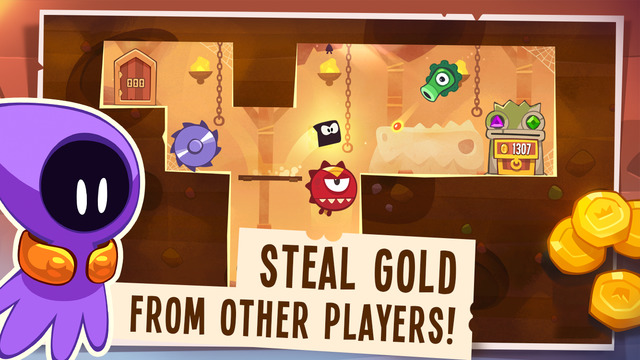 ZeptoLab, a Russian entertainment and gaming company best known for developing the Cut the Rope mobile franchise, today released its latest iOS game in the App Store, King of Thieves.

King of Thieves is a challenging platformer with elements of asynchronous player-vs-player multiplayer games in which you must steal other player’s gold and gems undetected.

Game mechanics involve lots of leaping off walls, jumping, avoiding obstacles and what not. King of Thieves also incorporates some elements of tower defense games so give it a whirl if you’re a fan of the genre.

As just mentioned, this competitive multiplayer game includes certain aspects of the tower defense genre. Because other players can steal gold and other items from you as well, you’ll need to defend your personal dungeon.

How? By putting various traps in strategic places! As you’d expect from the finest ZeptoLab productions, King of Thieves sports crisp and colorful Retina graphics, smooth animations and some lively characters.

The more loot you get, the harder it gets to defend your dungeon from other players who will seek revenge. The game is offered on a freemium basis, but can be easily enjoyed without spending cash on In-App Purchases. 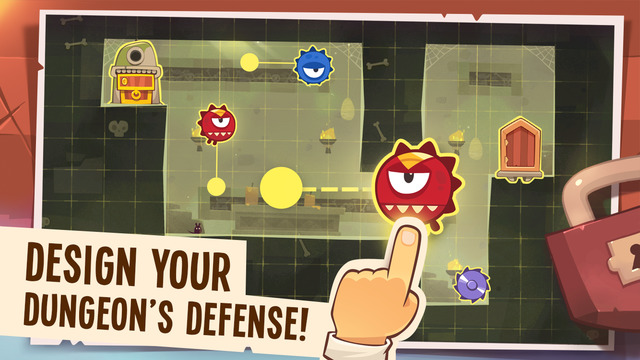 The amusing traps at your disposal include monsters, blades and cannons which make defending your dungeon fun. Of course, things get way more interesting after you embark on defeating other people’s dungeons.

The 82.5-megabyte app requires an iPhone, iPod touch or iPad with iOS 6.0 or later.

Grab King of Thieves for free in the App Store.