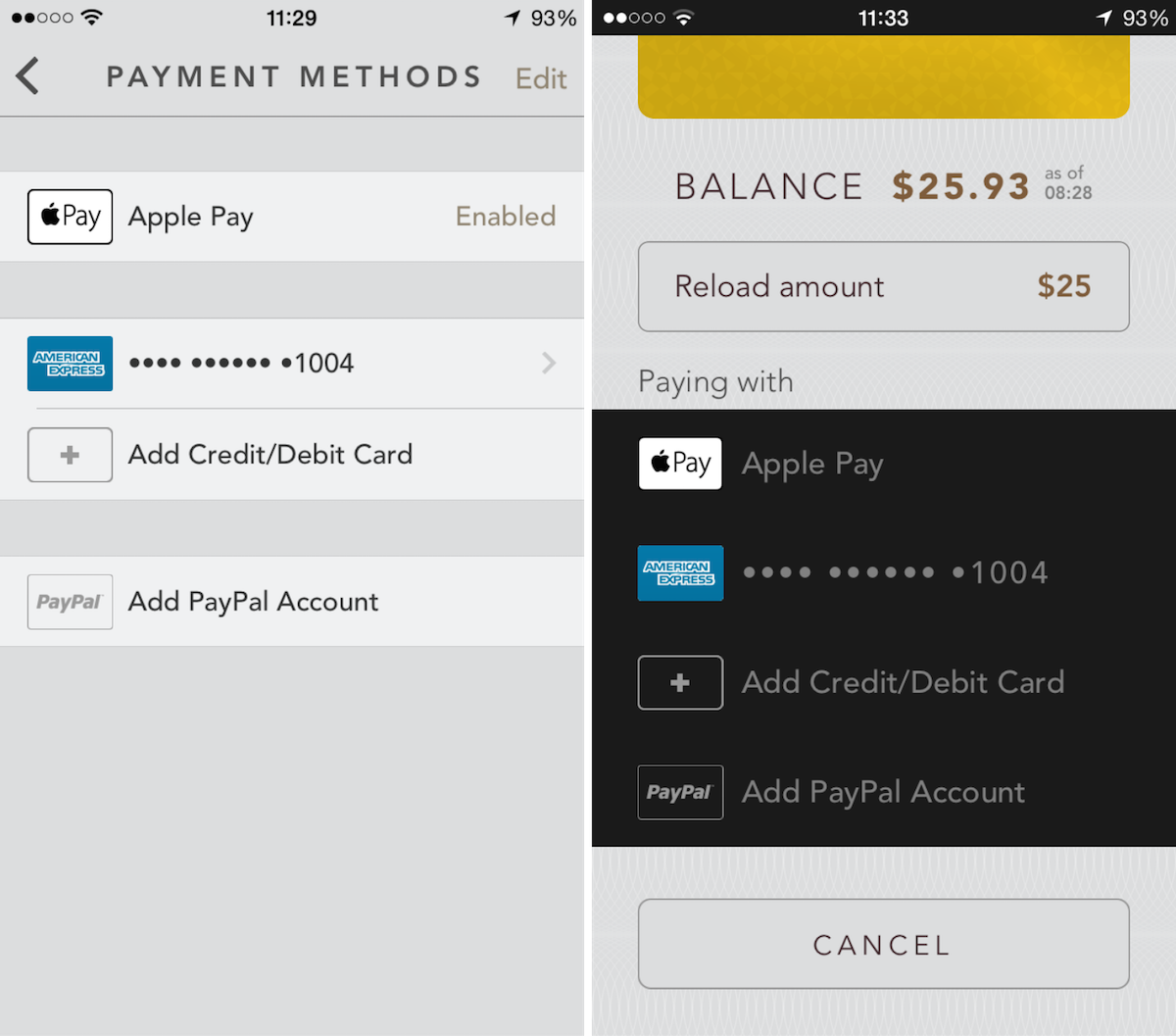 Reloading your Starbucks Card directly from the app just got that much easier, with today’s update that brings support for Apple Pay. Although the coffee chain was listed as one of the Apple Pay partners at launch, it took the company several months to update their app to offer full support for Apple’s new mobile payment service.

Apple Pay support is only available from within the app to reload your card though, which means users still won’t be able to pay for a coffee using Apple Pay. Indeed, the Seattle company is still using older point of sales systems that do not allow for NFC transactions, but that rely on a barcode scanning system instead, allowing for mobile payments in their own way.

This update also brings enhancement to the menu, as well as various bug fixes and stability improvements.

iPhone 6 support is still not part of this update though, which is very disappointing, especially when you consider the resources a company like Starbucks has.

The Starbucks app is still a free download in the App Store.

Thanks Matthew for the tip! You probably know how much of a sucker I am for Starbucks…