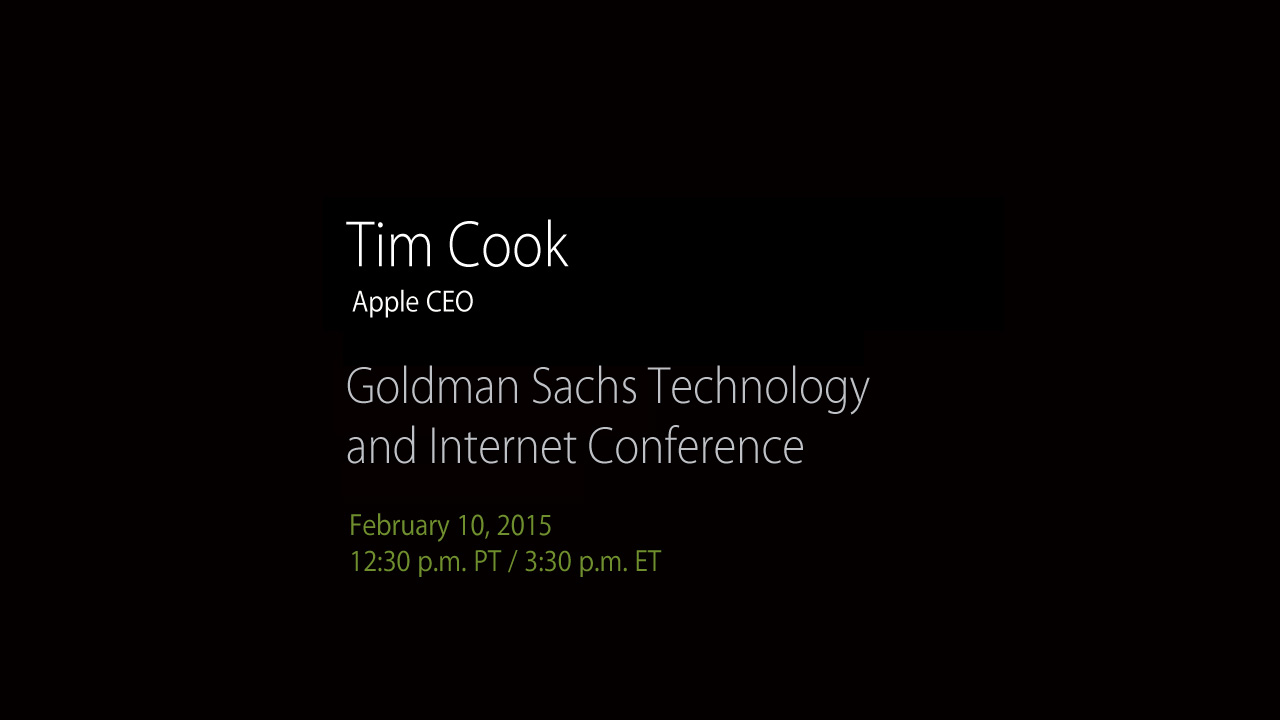 The live webcast will be available later today over here, beginning at 12:30pm PT / 3:30pm ET. The company did not reveal the topics of Cook’s conference talk nor the form of the interview.

But don’t you worry, you can count on iDownloadBlog to keep you in the loop regarding newsworthy tidbits Cook will be hopefully dropping during his segment.

Streaming audio requires an iPhone, iPad or iPod touch running iOS 4.2 or above, a Mac using Safari running on OS X 10.6.8 or above or a Windows PC using Internet Explorer, Firefox or 32-bit Chrome running QuickTime 7 or later.

For what it’s worth, Cook — who attended these conferences back in 2012 and 2013 — did reveal some interesting and previously unknown details about Apple’s design and innovation strategies, iPhone numbers, retail concepts and other tidbits.

And as you could imagine, he also made some rather vague comments about the future of Apple’s “hobby project,” the venerable Apple TV.

Stay tuned as our team will be publishing highlights from Cook’s speech in an easily digestible form later in the day.