Apple has just become the world’s first $700 billion company, after shares of AAPL closed at $122.02, a new split-adjusted all-time high for the iPhone giant.

Apple’s stock has been roaring back to life after Apple’s record iPhone sales smashed analyst estimates, the company has been giving more money back to shareholders, and it reached a $100 billion cash reserve.

The record came as Tim Cook, CEO of Apple, was speaking at the Goldman Sachs conference on Tuesday. 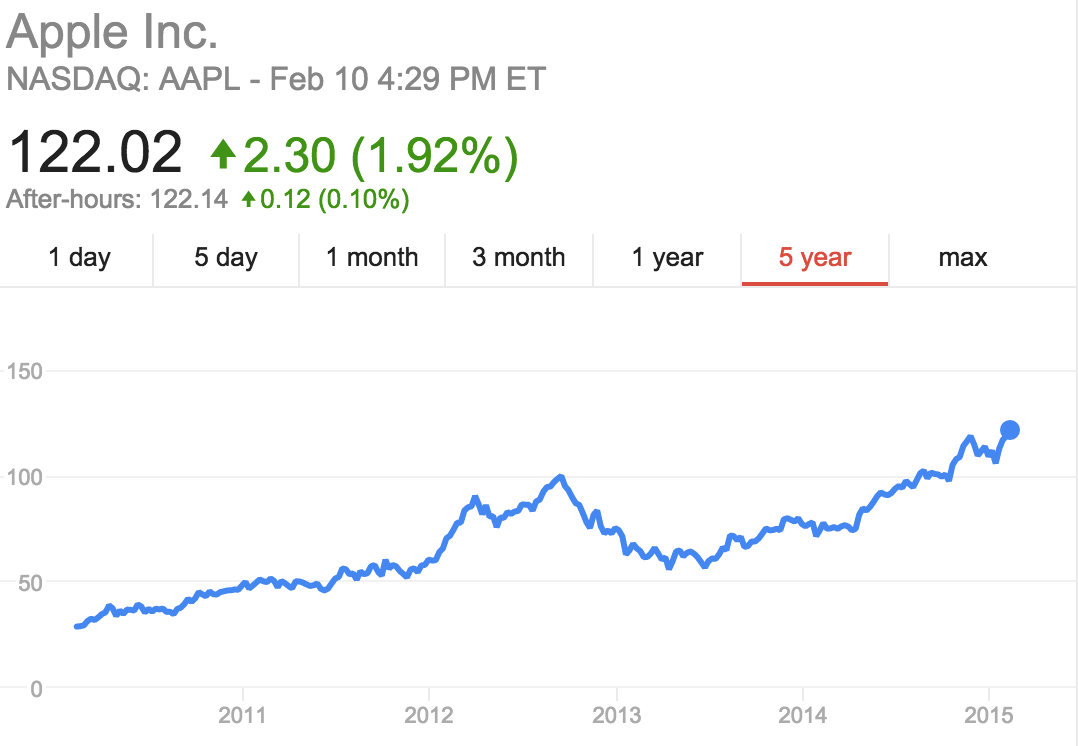 Previously, there had been years of doubt from analysts that Apple could fend off competitors like Samsung. Apple’s record on Tuesday comes two weeks after it reported earnings of $18 billion on revenue of $74.6 billion during the holiday quarter.

Market value is common for investors to measure how much a company is worth. It is determined by multiplying the company’s shares outstanding by its stock price. Apple has 5.82 billion shares outstanding, multiplied by the closing price of $122.02.