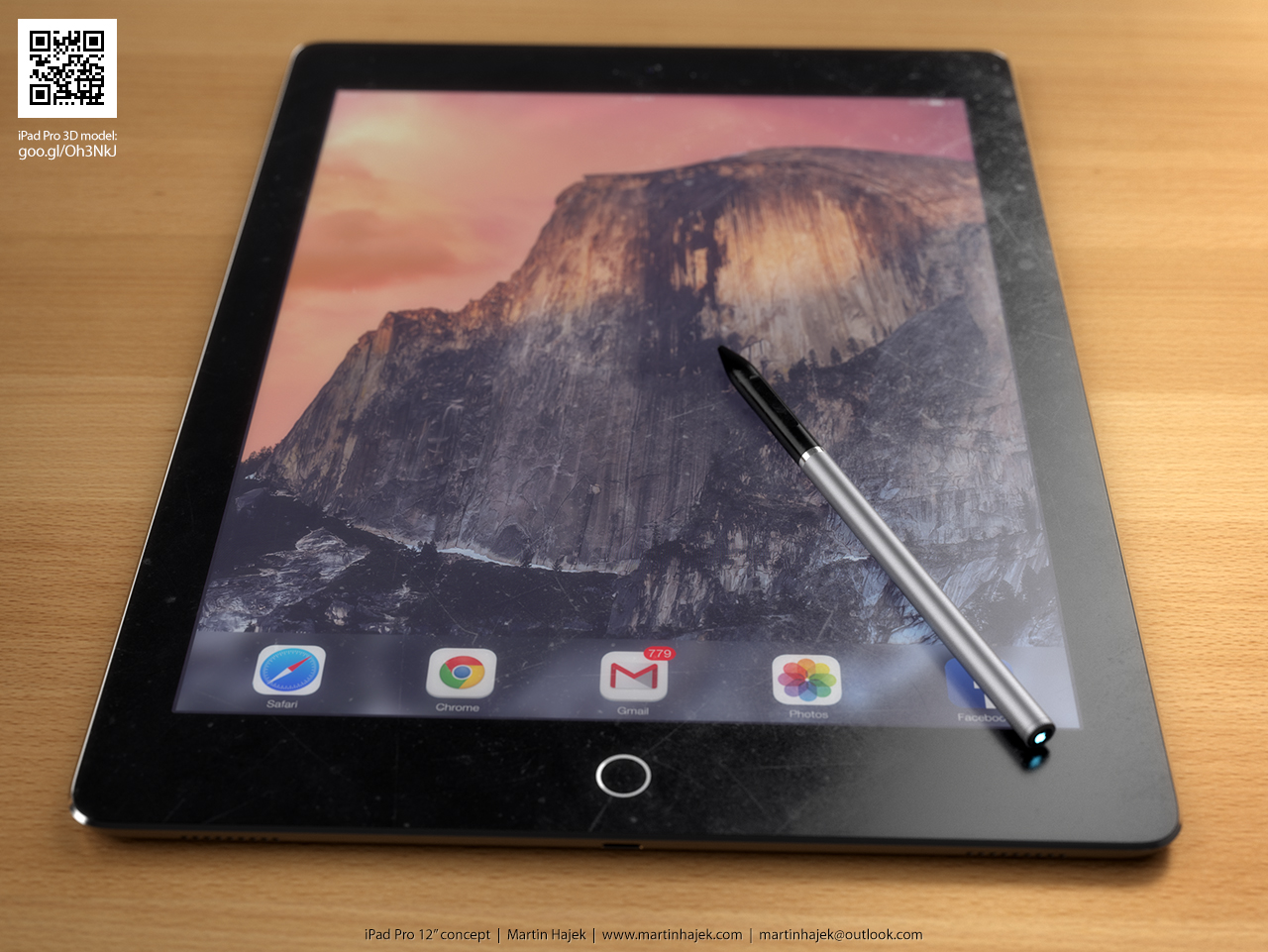 Hajek’s creation “borrows the design language of the iPad Pro” and includes interesting such features as an Apple Watch like digital crown of sorts for additional operations, capacitive +/- slider for adjusting options and a glowing Apple logo.

Hajek being a designer, he’s also envisioning biometric sensors taken from the Apple Watch, but that would be a technology overkill atypical of Apple if you ask me. Enjoy the renderings embedded below and feel free to chime in with your thoughts in the comment section at the bottom. 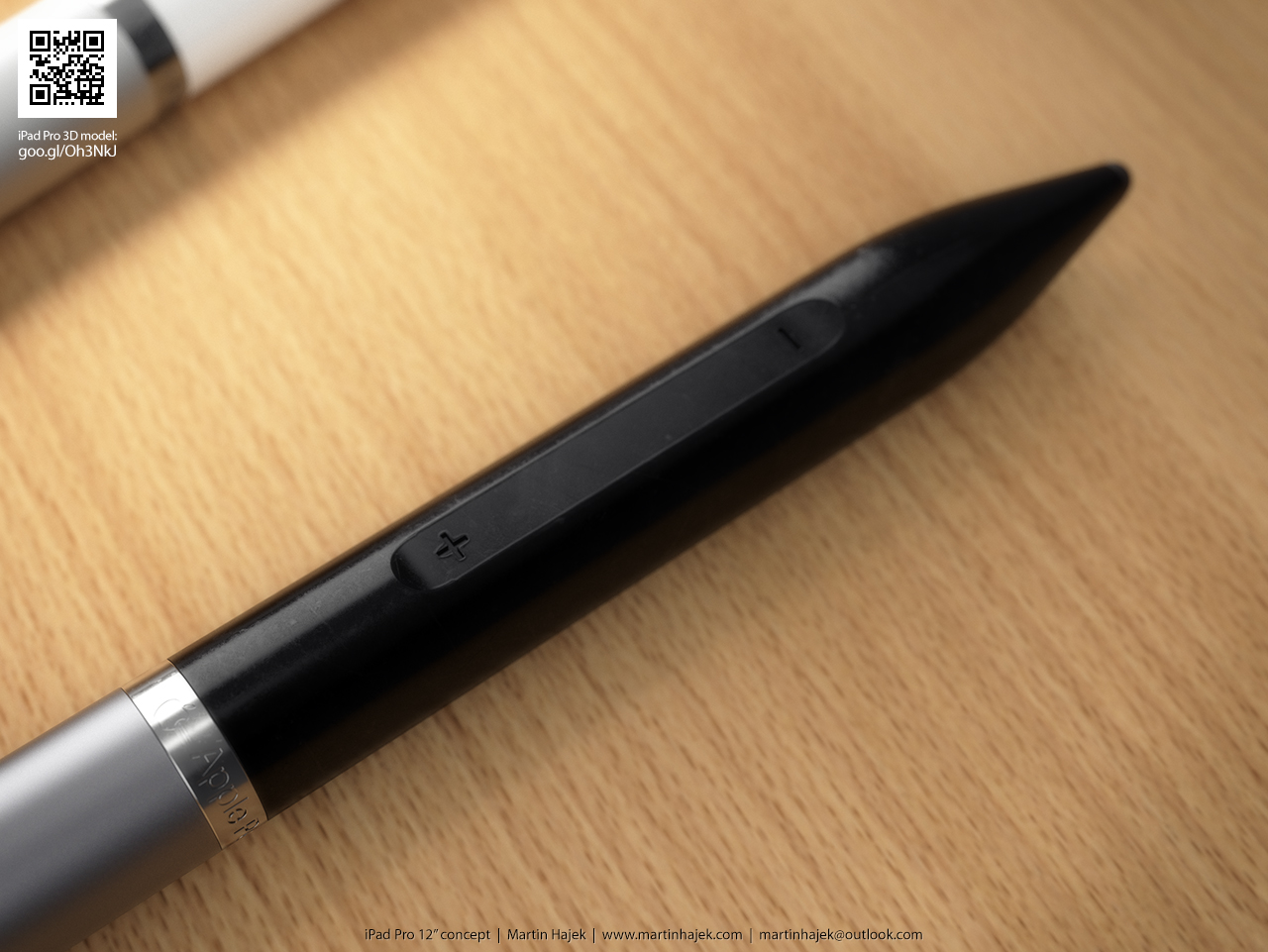 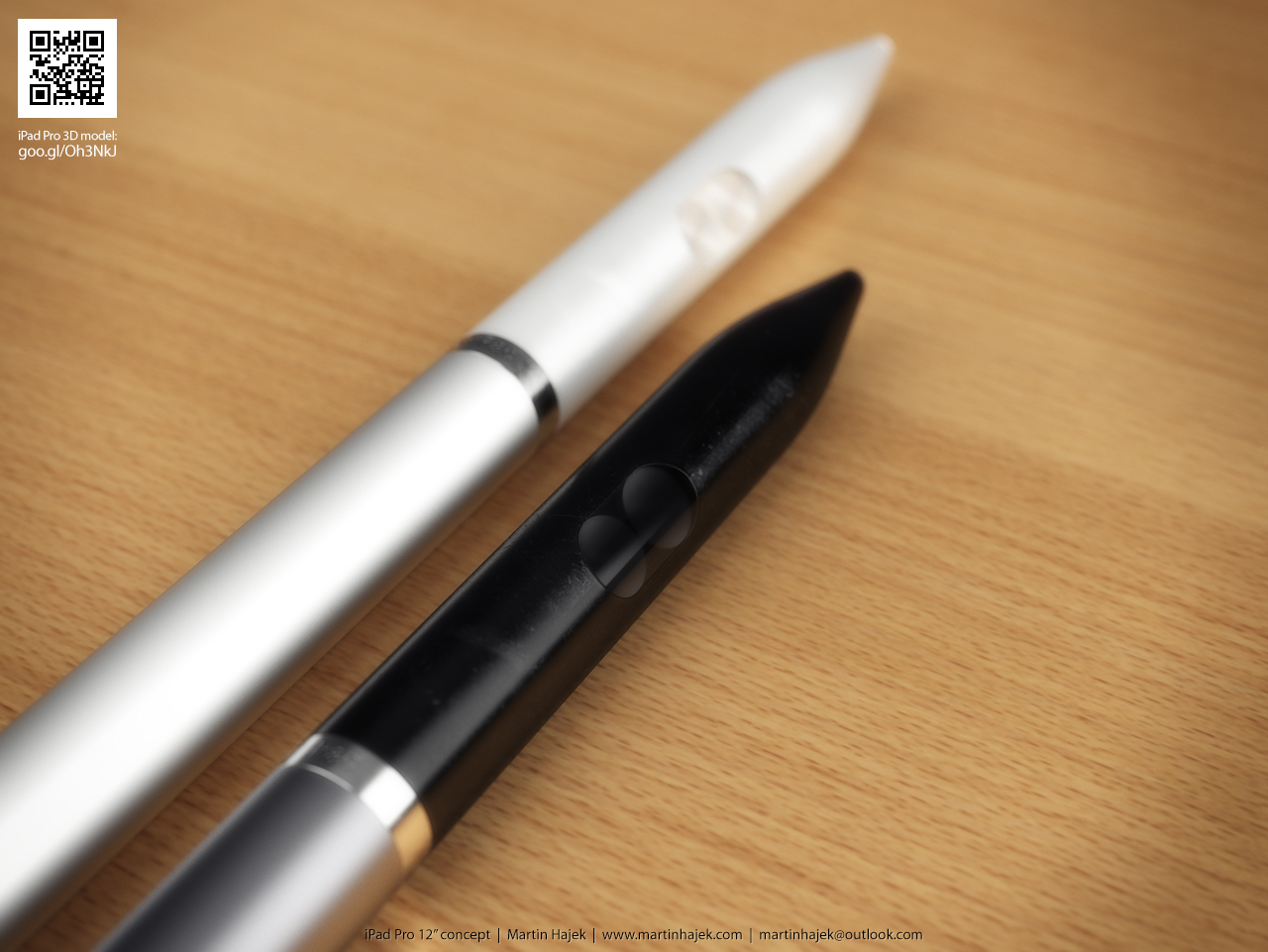 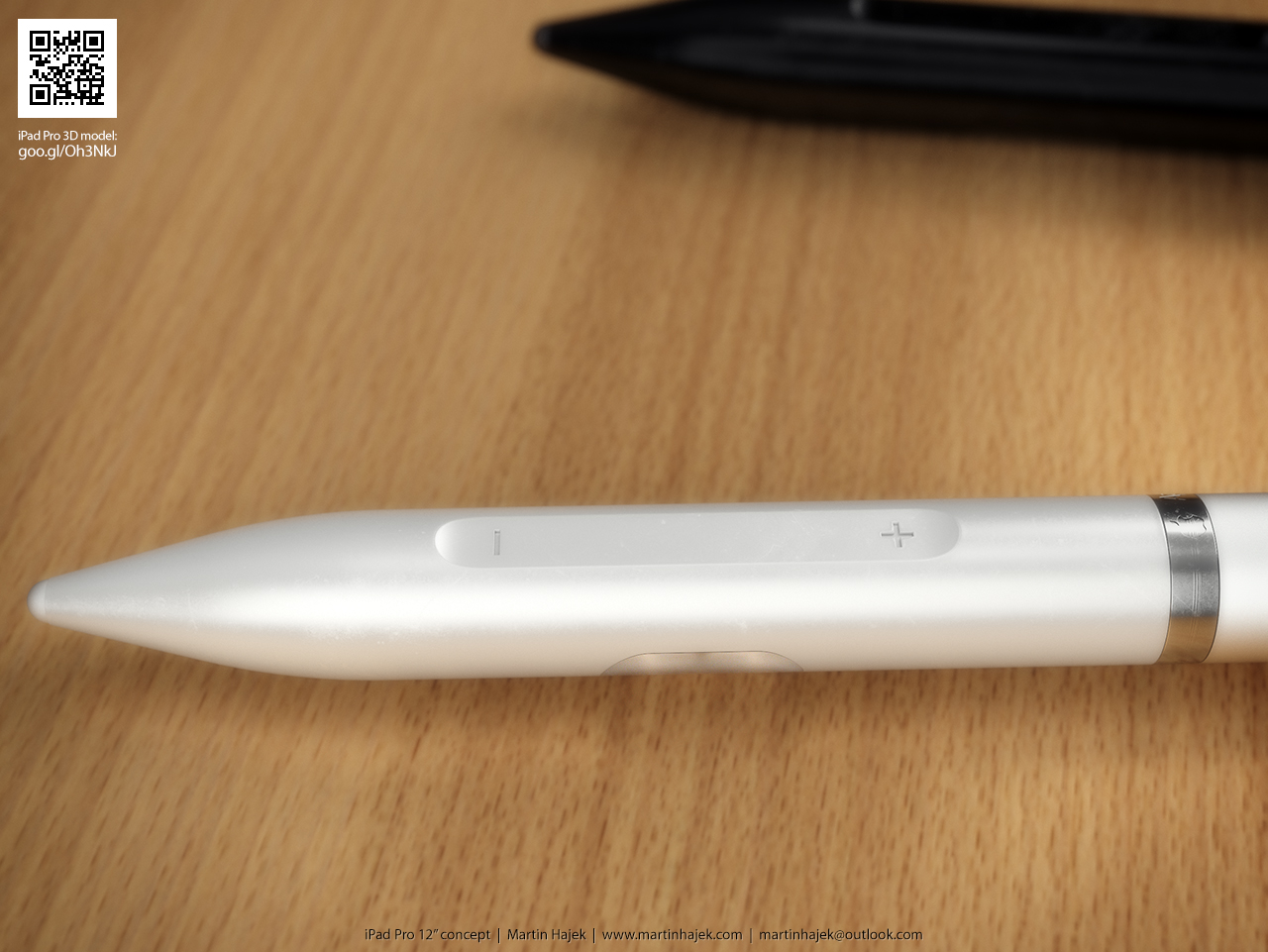 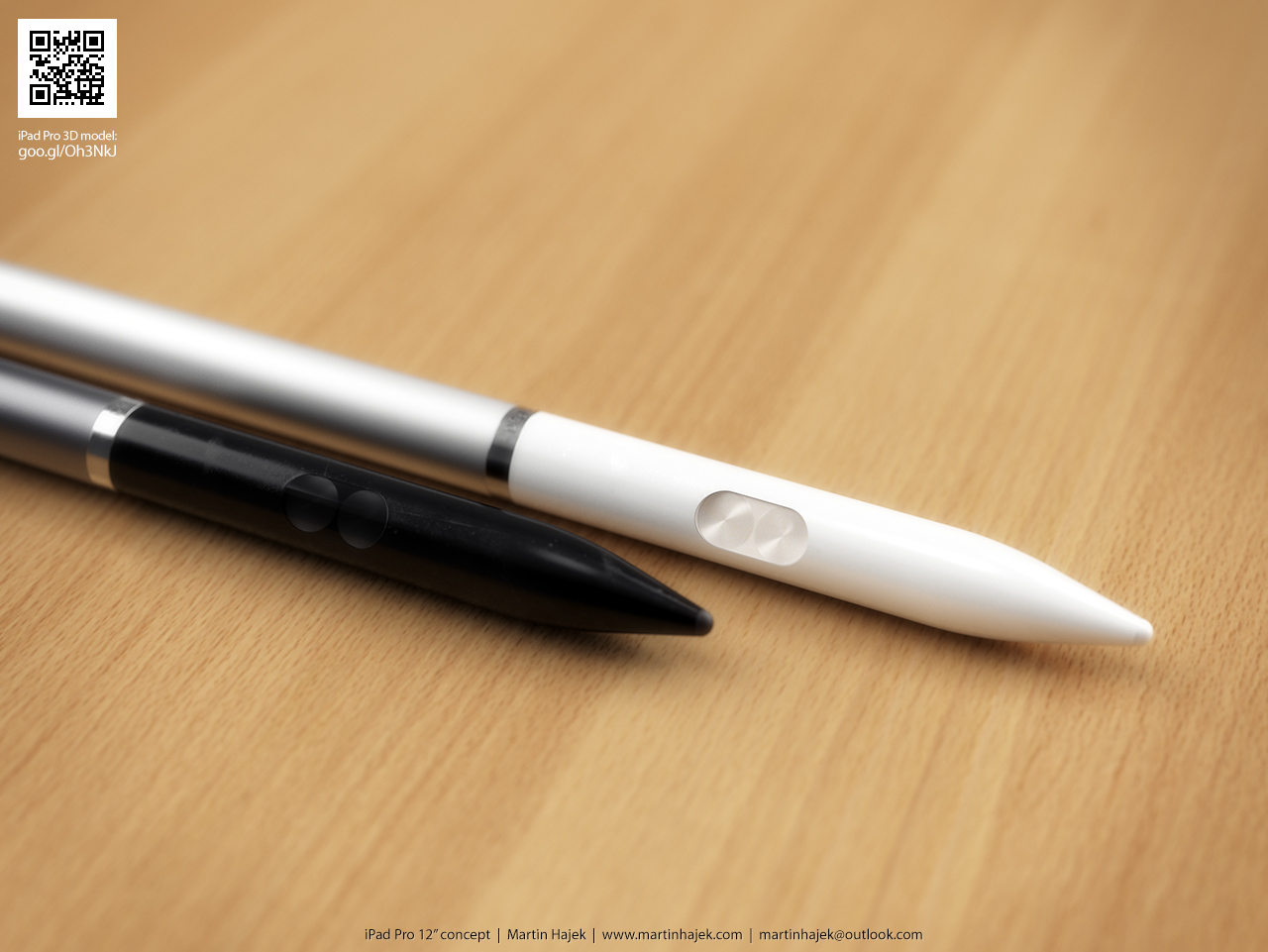 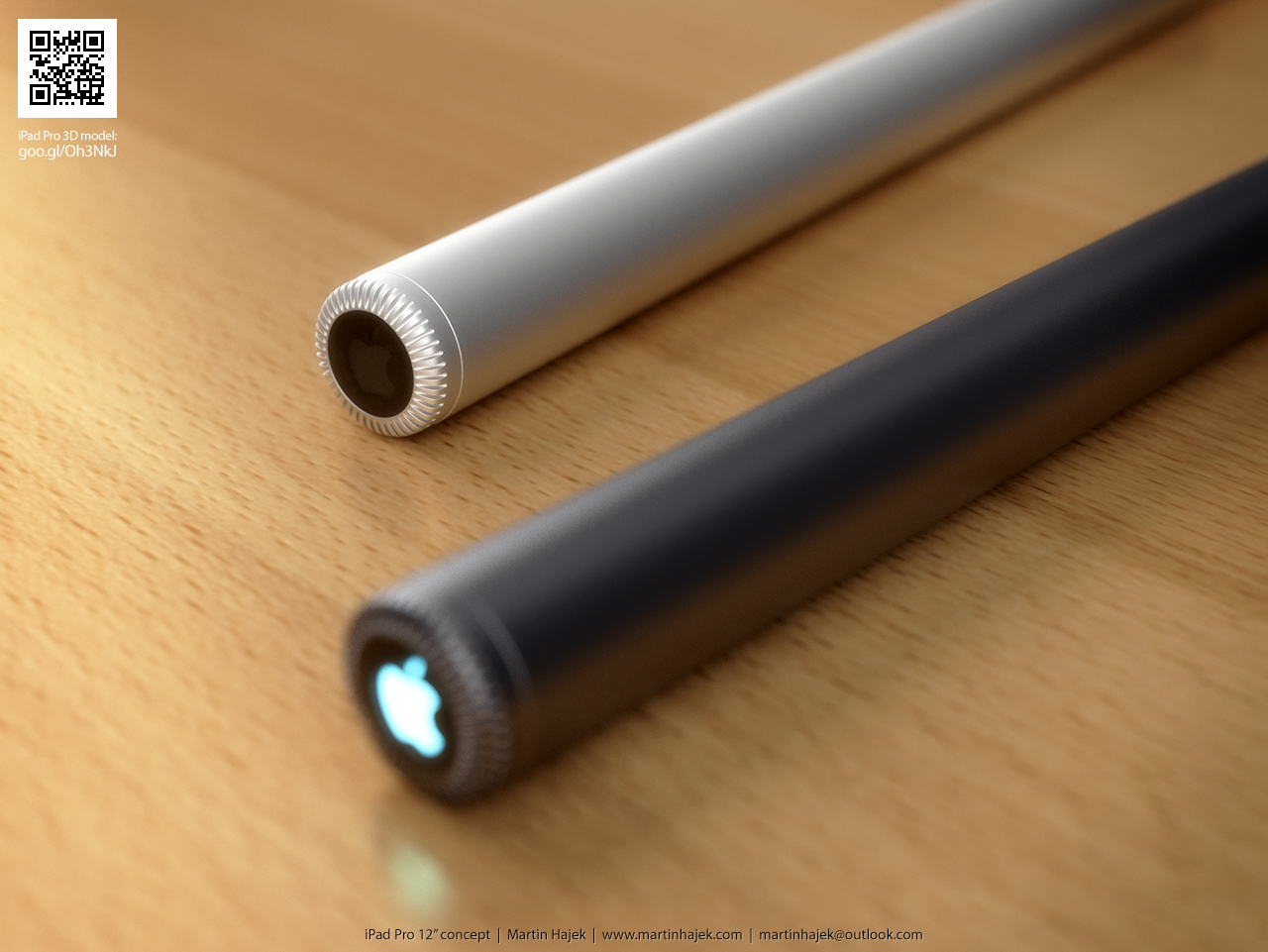 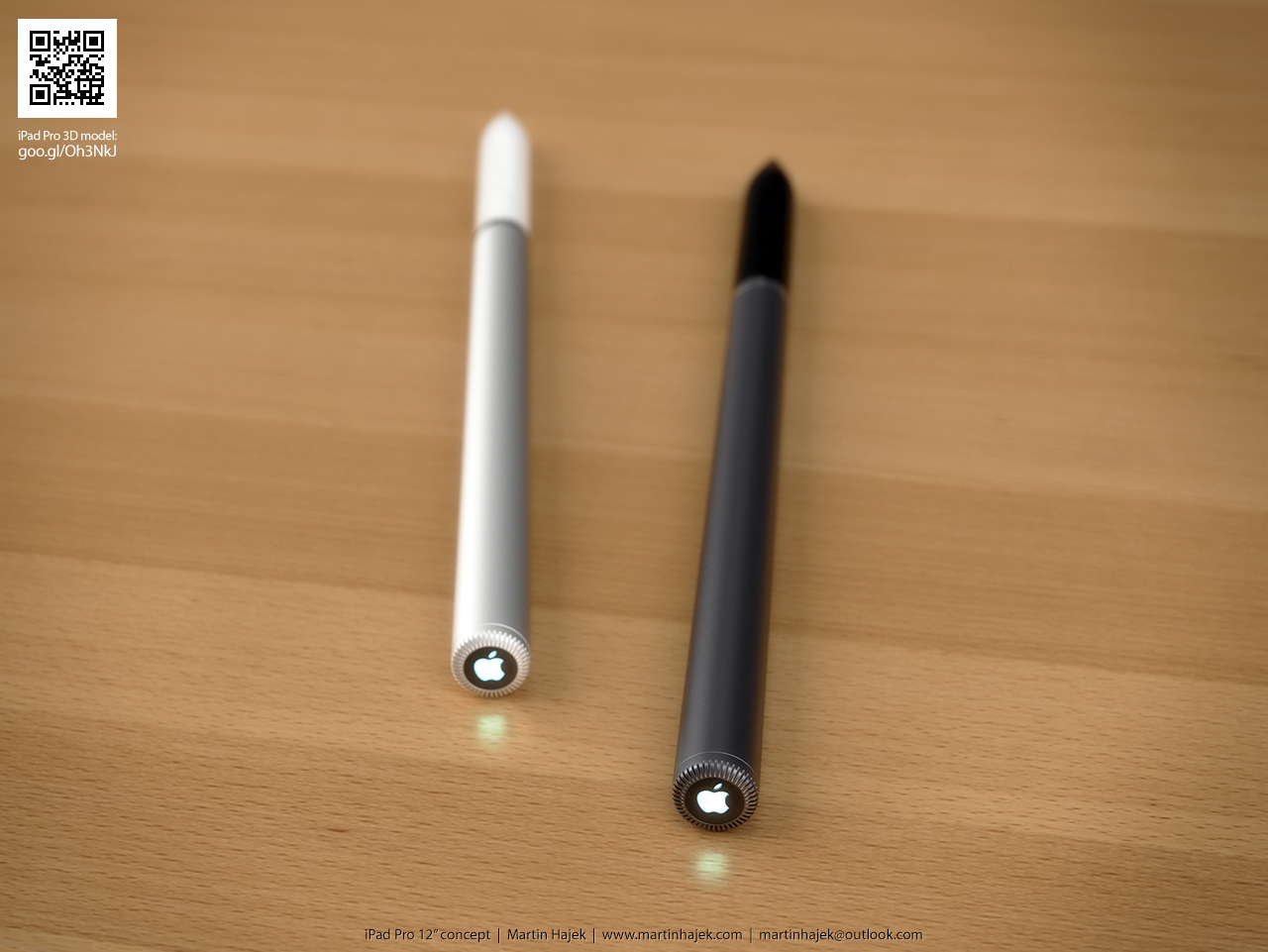 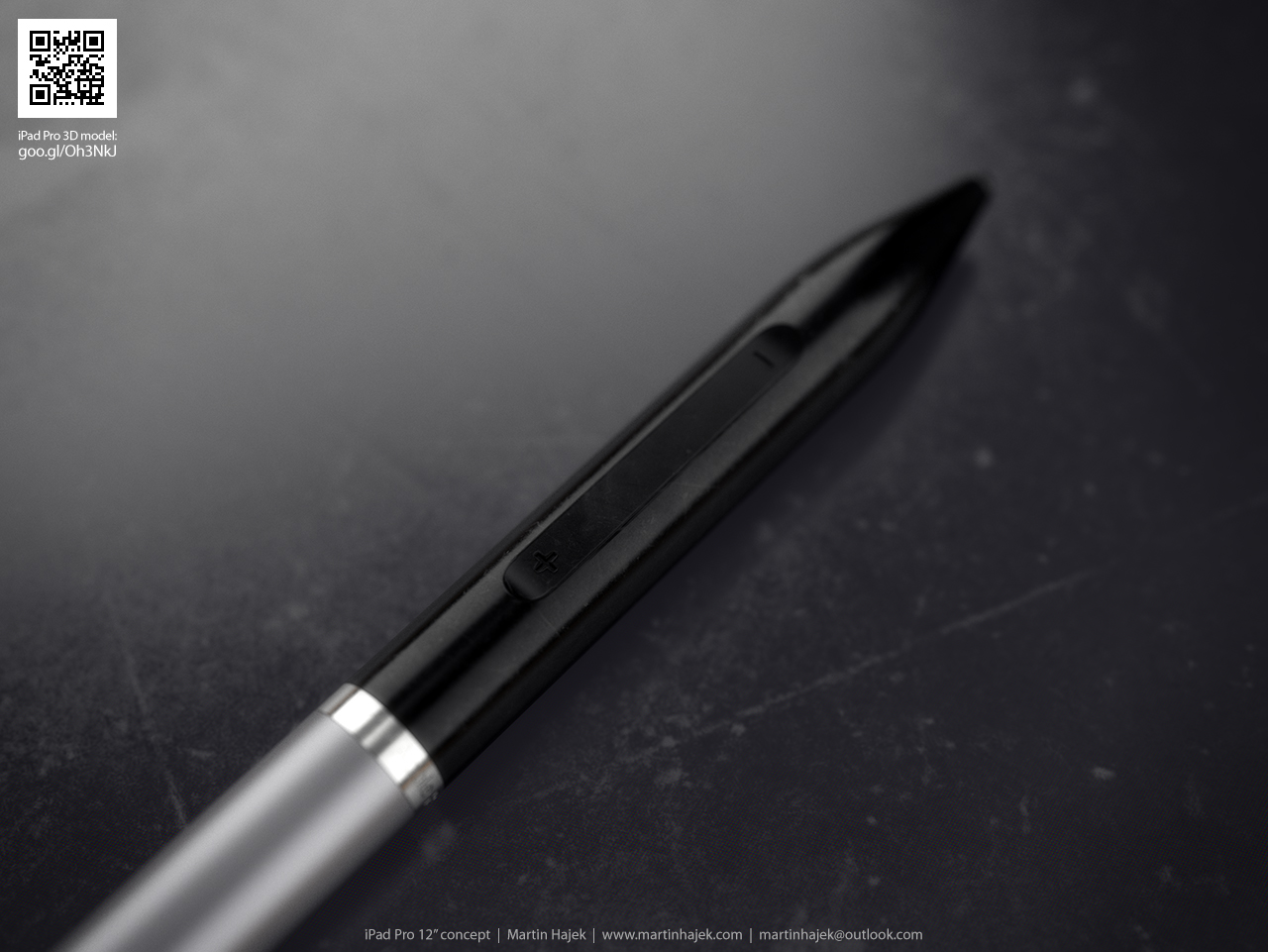 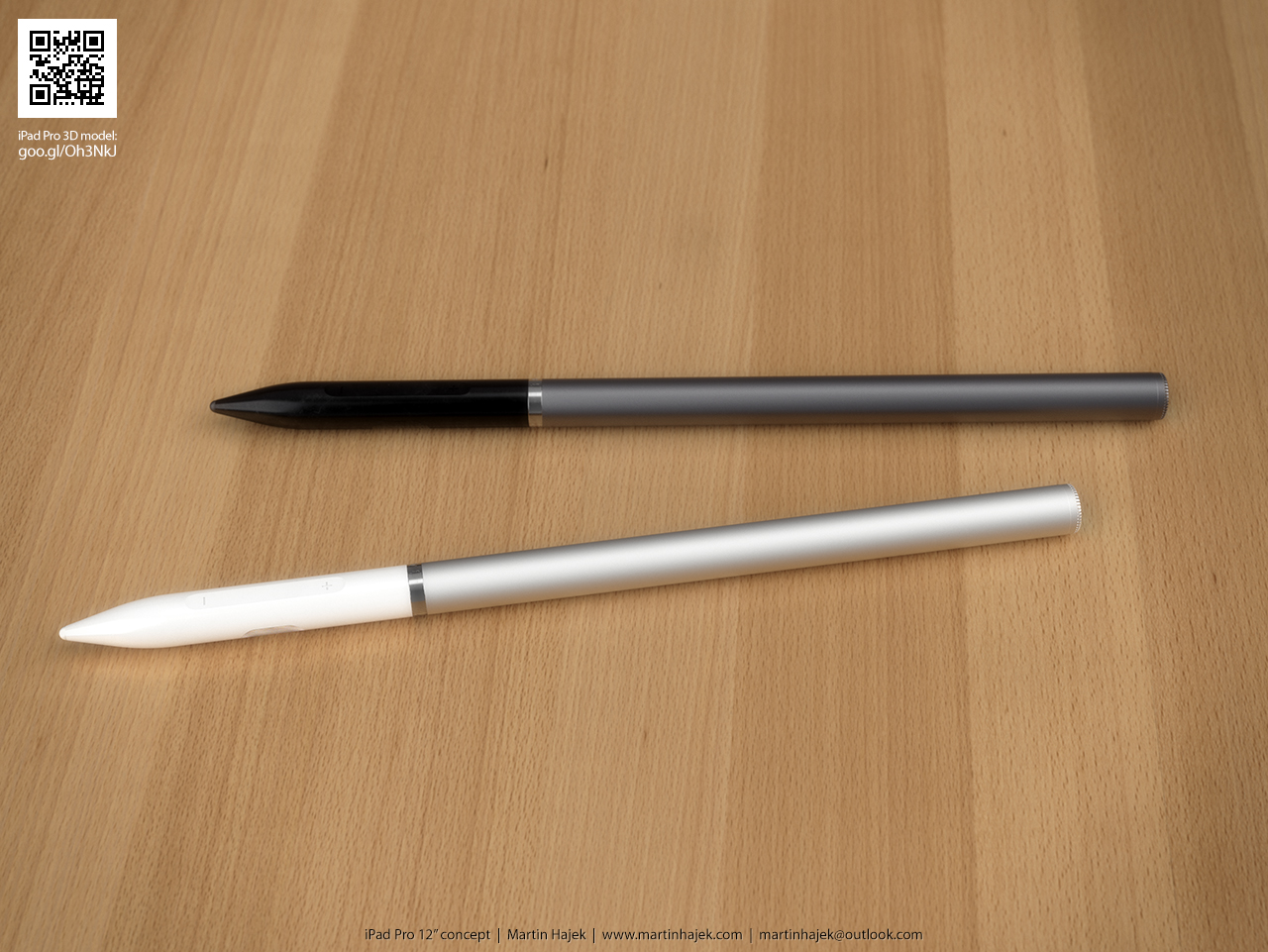 Earlier this month, KGI Securities analyst Ming-Chi Kuo contended that an Apple-branded stylus is an inevitability for the firm. In Kuo’s view, the accessory will be introduced alongside the iPad Pro in late 2015.

Aimed at creative pros and sold standalone, it “will improve the user experience of the 12.9-inch iPad” in conjunction with specialized apps for illustrators, designers, graphics artists and so forth. 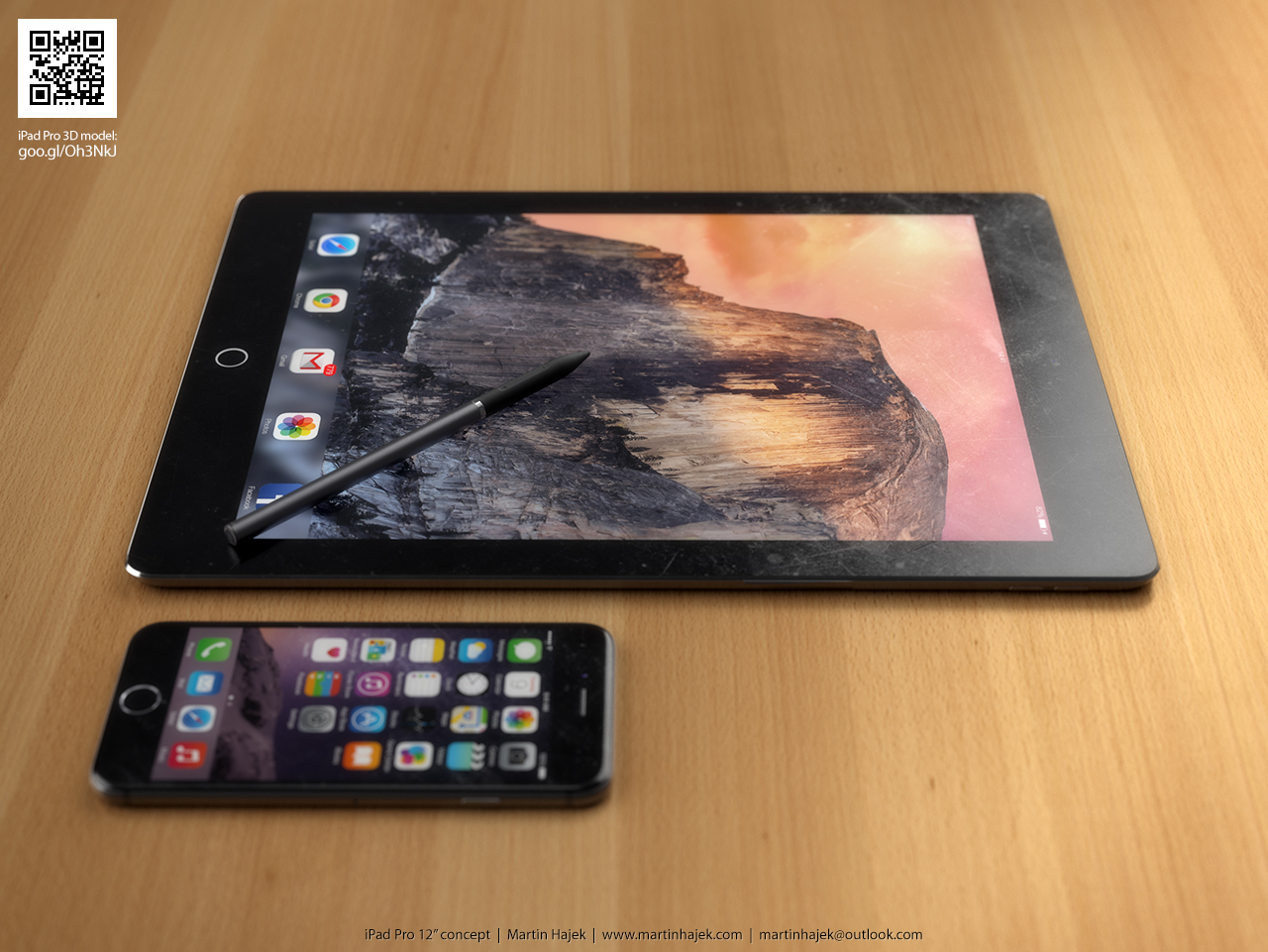 “Coupled with its unfavorable cost structure, high selling prices may turn consumers off if the 12.9-inch iPad is always bundled with it,” reads the analyst’s note to clients. “We therefore expect the stylus to be an optional accessory before sufficient user feedback is received.”

By the way, Hajek’s renderings of the rumored iPad Pro model seen above and top of post are inspired by alleged iPad Pro blueprints that the Japanese Apple magazine MacFan published in December 2014.

Hajek has been on a roll lately: he recently imagined a nice concept of a rumored one-port MacBook Air redesign and published a set of nice looking mockups comparing the twelve-inch notebook to the twelve-inch iPad Pro side-by-side.