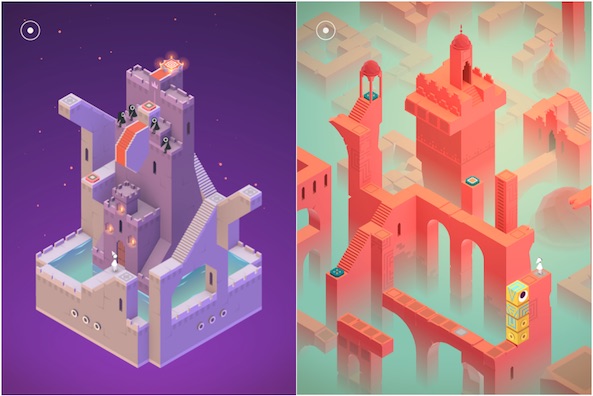 Mobile game developers Ustwo published a blog post today revealing some interesting figures on their hit game Monument Valley. For those unfamiliar with the title, it’s a popular indie puzzler that took home several awards and was Apple’s iPad Game of the Year in 2014.

Among the stats provided by the devs is that Monument Valley has been installed on over 10 million unique devices since it debuted in April last year. Due to piracy and promotions, it’s only seen around 2.4 million “official sales,” but that still translates into $5.8 million.

That’s not all profit though. Ustwo says it took 8 (core) team members 55 weeks to build the game, at a cost of $852,000. Interestingly enough, the ‘Forgotten Shores’ expansion—which the devs were criticized for not giving away for free—took 29 weeks and $549K to build. 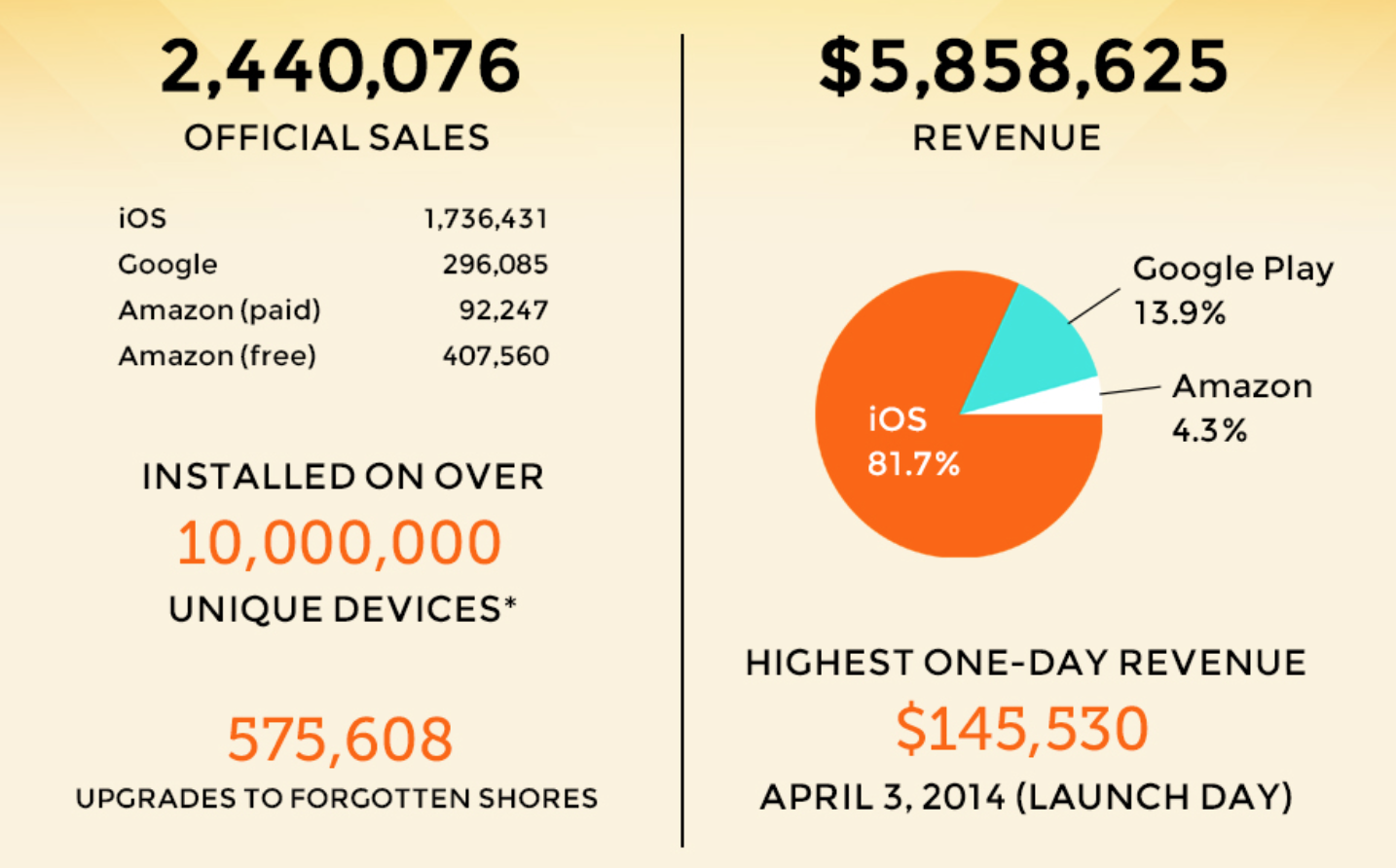 Other interesting tidbits include 81.7% of Monument Valley’s revenue has come from iOS, and 38% of its sales come from users in the United States. Also, 50% of those who have played the game went on to finish it, and 575,608 players paid for the ‘Forgotten Shores’ pack.

Overall, the numbers paint a picture of not only the type of success mobile developers can achieve, but also the hard work and investments that go into creating a well-designed game. If you don’t already own Monument Valley, find it in the App Store for iPhone and iPad for $4.