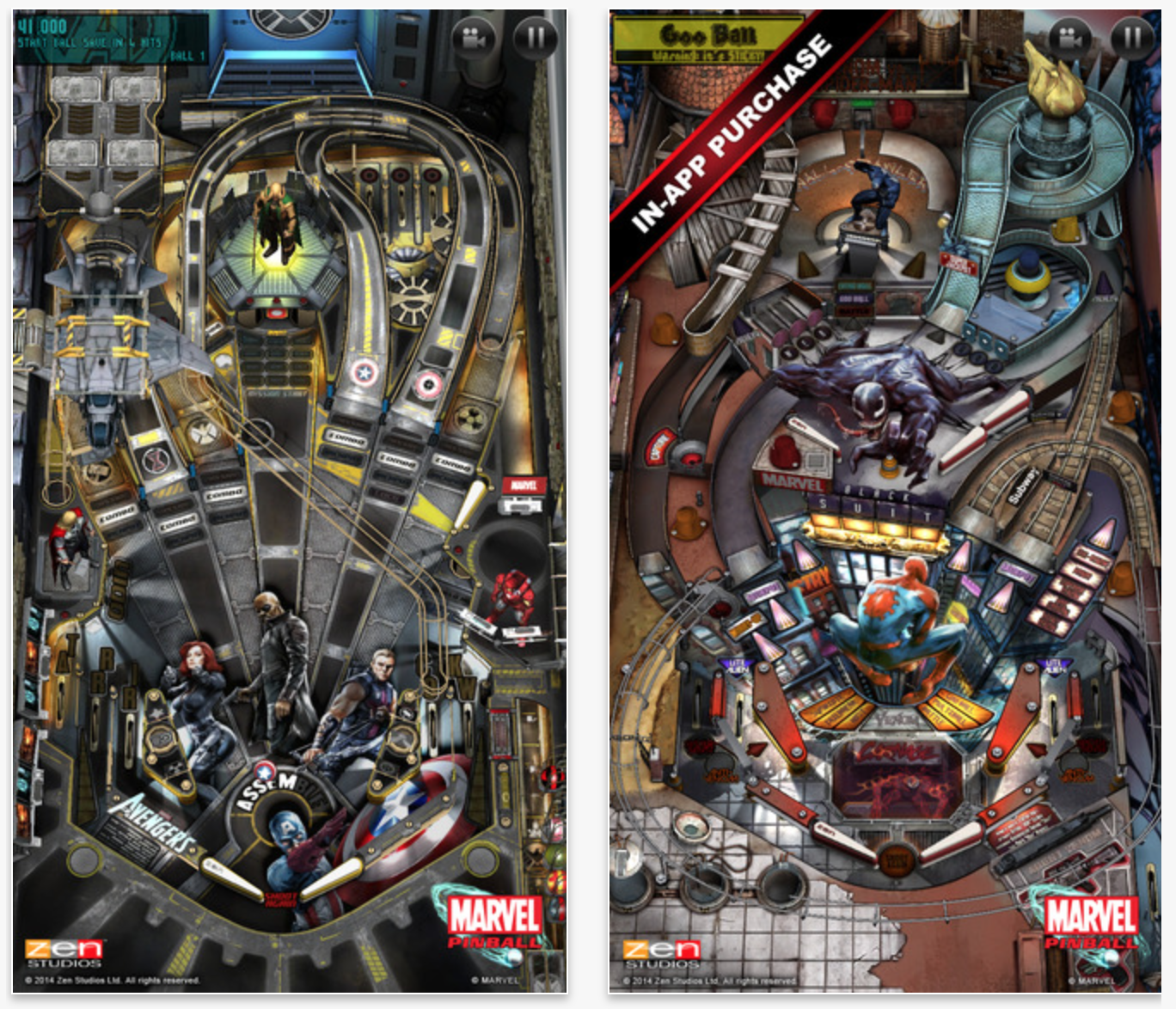 Apple has just named ZEN Studios’ ‘Marvel Pinball‘ its App of the Week for this week. This means that from now through next Thursday, you’ll be able to pick up the popular arcade game for both iPhone and iPad for free—saving you a buck.

Marvel Pinball combines your favorite super heroes with a fast-paced arcade experience. In the game, players are tasked with using they’re pinball skills to help the legendary Marvel heroes rid their universe of a horde of notorious super villains.

The action never lets up in this thrill-a-second pinball game starring Marvel’s most popular heroes. We can’t get enough of its built-in Avengers table—a hyperkinetic playfield boasting finely tuned physics, challenging objectives, 3D characters, and a unique ball of each team member.

It’s worth noting that the app is littered with in-app purchases, but they’re mostly for unlocking new tables and other content. Regardless, the game is worth grabbing for free for fans of both the Marvel franchise and of well-designed pinball titles.

You can find Marvel Pinball in the App Store for both iPhone and iPad for free.