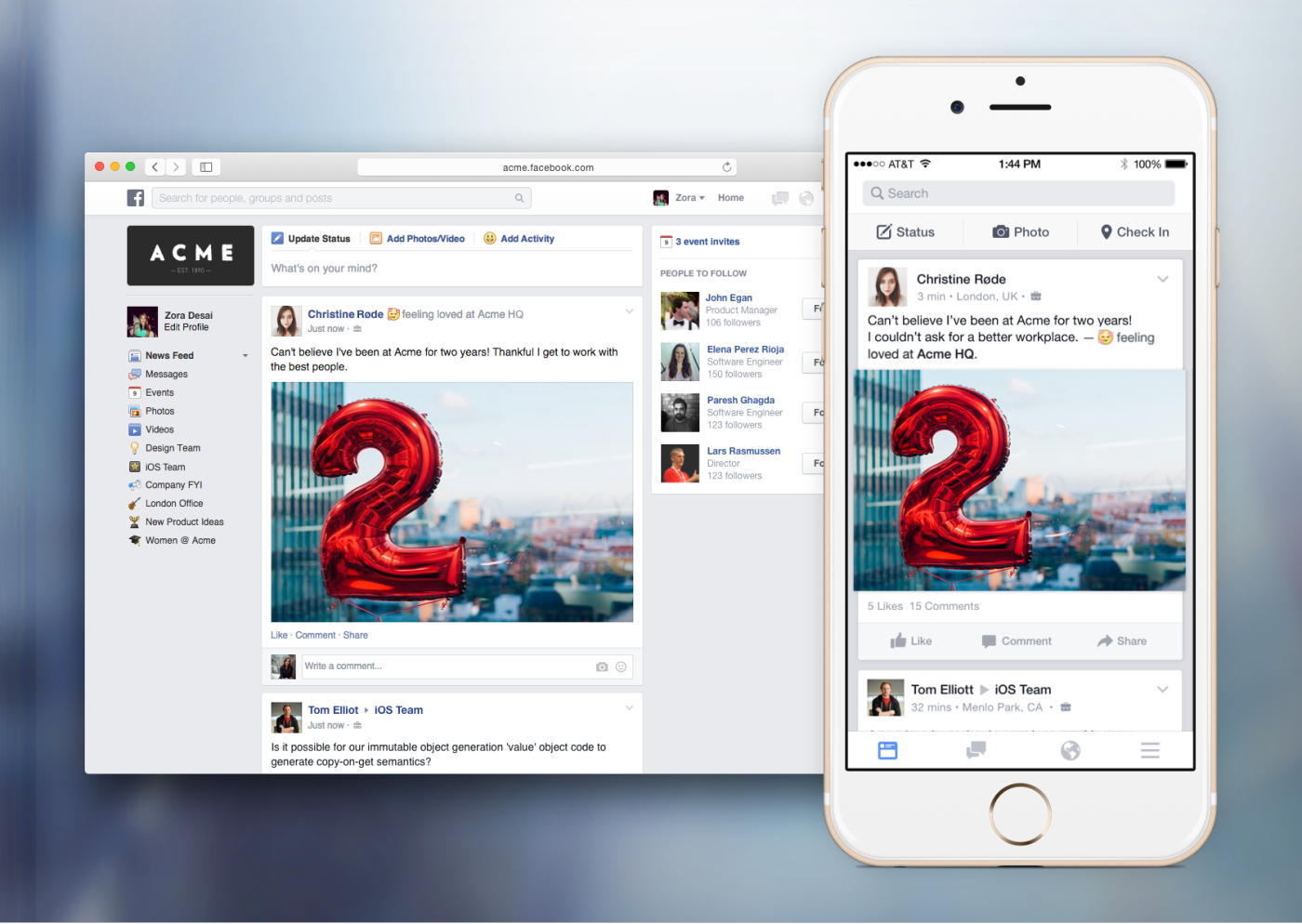 Facebook announced on Wednesday that it’s launching FB@Work, a new product that will allow businesses to create their own social networks for their employees that are built to look and act like Facebook itself, to collaborate on work projects.

Facebook is finally bringing itself to the enterprise after ten years.

As part of the new service, Facebook plans to launch a new app titled “Work” for iOS. The FB@Work product will also be accessible through the web and looks exactly like the consumer facing version of Facebook.

“We’re putting the app into the app stores so that we can begin testing the product,” Lars Rasmussen, the engineering director at Facebook told TechCrunch. The initial target will be companies with more than 100 employees.

For now, FB@Work is free for businesses to use, and doesn’t display advertisements. However, that won’t always be the case.

The launch of the Work app falls in line with Facebook’s plan to continue moving away from one single Facebook app, and instead break its features into several apps on the iTunes App Store.

Recode reports Facebook is still testing the product, and the app is only available to a small group of pilot partners. It probably won’t appear immediately on the App Store. 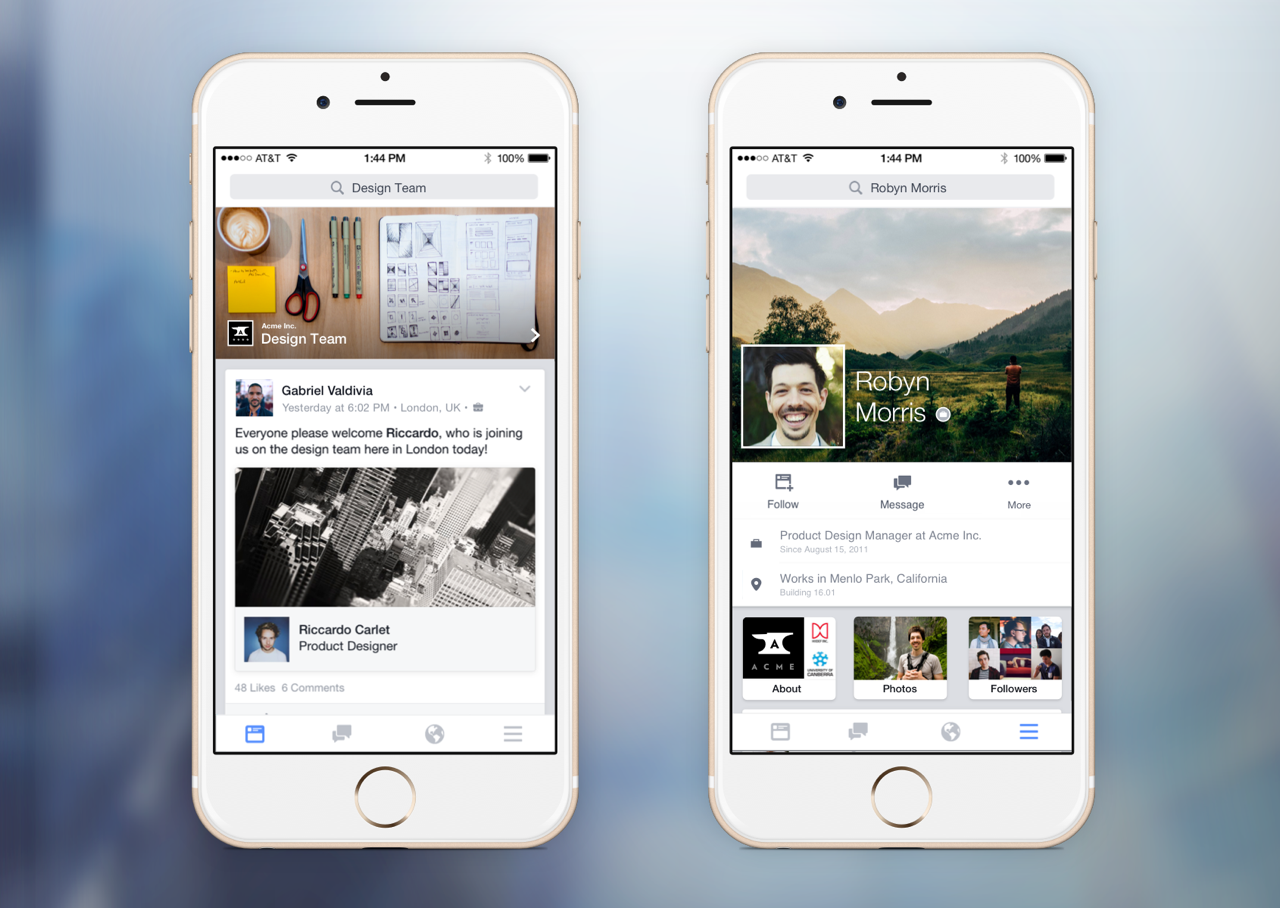