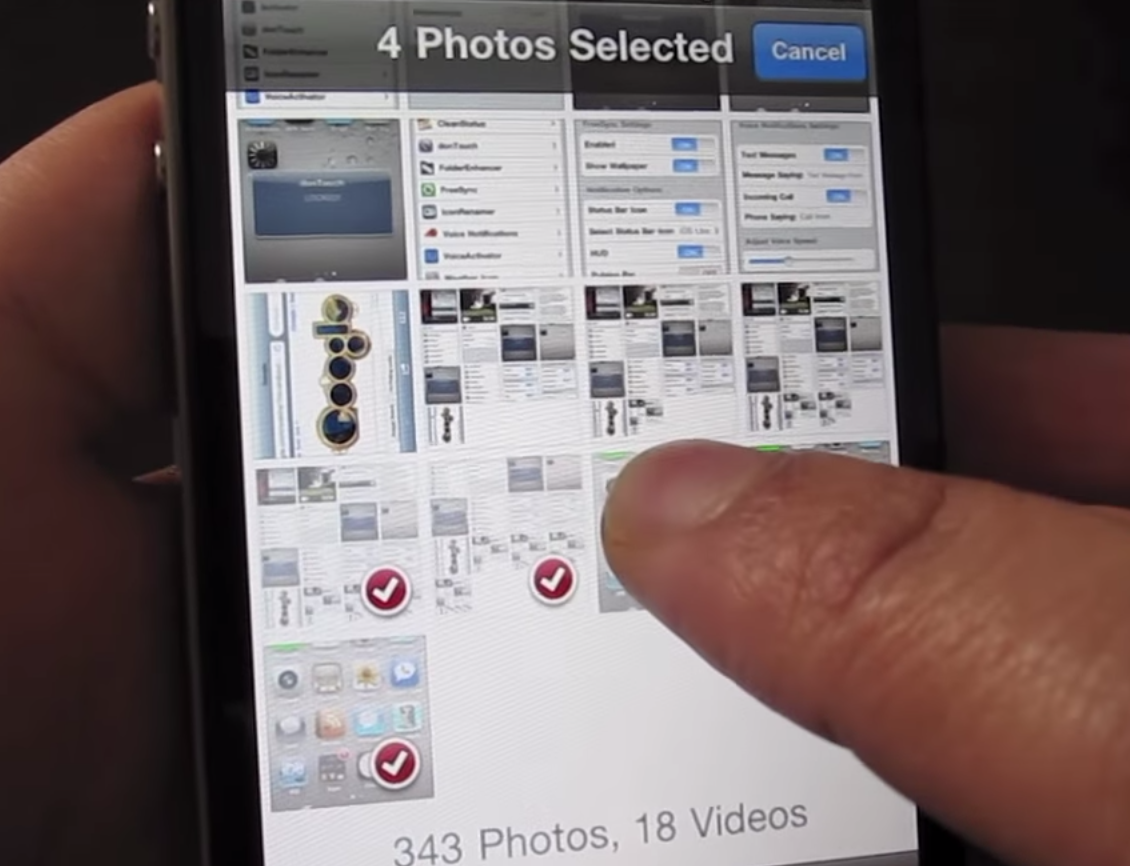 I was able to find a video that I had filmed back in February of 2011 showcasing such a feature. I’m going to go out on a limb and say that this was iOS 4, since it was filmed on February 9, 2011, and iOS 5 didn’t release until October 12, 2011. But the point is, there was a great feature in iOS 4 that made selecting multiple photos so much easier than it is today. Apple, we need this feature back.

If you want to select multiple photos in an efficient way today, you’re going to have to rely on a jailbreak tweak. I recommend using Photo Organizer 8, as I find that its employment of a two-finger tap gesture is even easier than the tap and drag gesture of yesteryear.

But to be honest, I’d take either one. We just need the ability to select multiple photos natively without having to tap on each photo individually. What if I want to select 50 photos or more? Then I have to waste my time tapping 50 times? Nonsense.

What do you think? Should Apple bring this feature back? By the way, if you’re primarily interested in how to quickly delete photos from your iPhone, read Sebastien’s helpful post on how to do so.