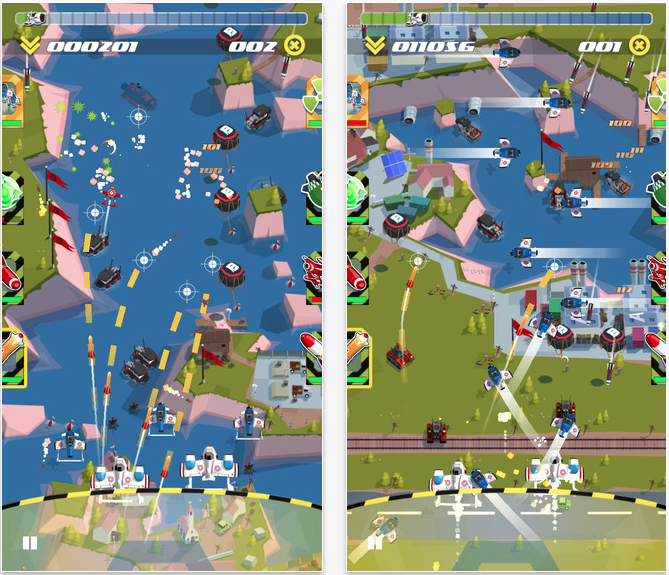 If you are in the mood for a strategic arcade shooter that takes place in the clear blue sky above, this is your lucky day. With a huge arsenal of weapons at your disposal, you’ll be the warden of the airwaves.

Sky Patrol is a combat shooter that put players in the cockpit of a highly weaponized warship. Your job is to escort transport crews across airspace that is heavily populated by enemies. Tap, swipe, and shoot your way to clear skies.

Players man an unseen fighter plane in a first-person top-down perspective. Your launch zone is at the bottom of the screen. Depending on the type of missile, you’ll use the launch zone as the starting point to send an attack. Drag your finger from the zone to the enemy target to set off a launch. 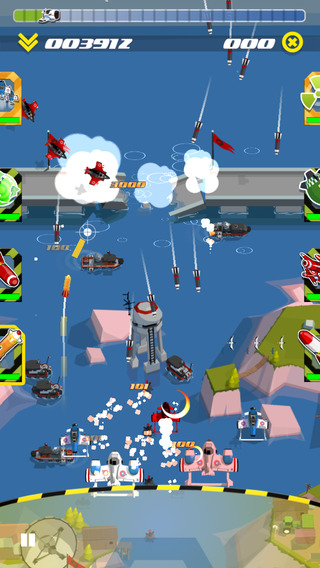 Players are supplied with a number of different weapons, including basic missiles, heat-seeking missiles, and bombs. Missiles are launched from the zone, while bombs are dropped when the target is tapped. Start inside the launch zone and drag your finger to the enemy target. Then, let go and watch the attack begin. Don’t slack off, though. The next round of enemy attacks will be right behind, and sometimes even ahead.

Using realistic flight mechanics, players must aim ahead of the target so that it hits the right spot by the time the incoming enemy reaches it. This is probably the most difficult part, since your are not sure of the collision timing until you’ve had some time to get familiar with the game’s physics. 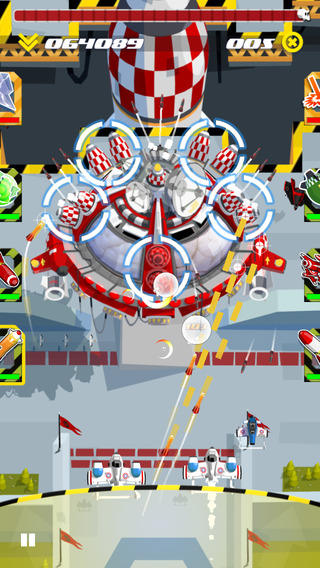 At any given time, players must switch between multiple weapons and be ready to properly aim for an attack. So, you may be sending a missile to destroy an incoming one, while sending a heat-seeker to destroy a plane, and then switching to the bombs to drop on nearby tanks. If you think you can handle the action, you may just win.

With a vast array of weapons and 50 tactical levels, you’ve got plenty of time to hone your skills at shooting. Replay missions for better scores and get ready to fight the end bosses.

Sky Patrol is available on the iPhone, iPad, and iPod touch for $1.99. Download it in the App Store today.

What do you think of this top-down aerial shooter? Let us know in the comments below.