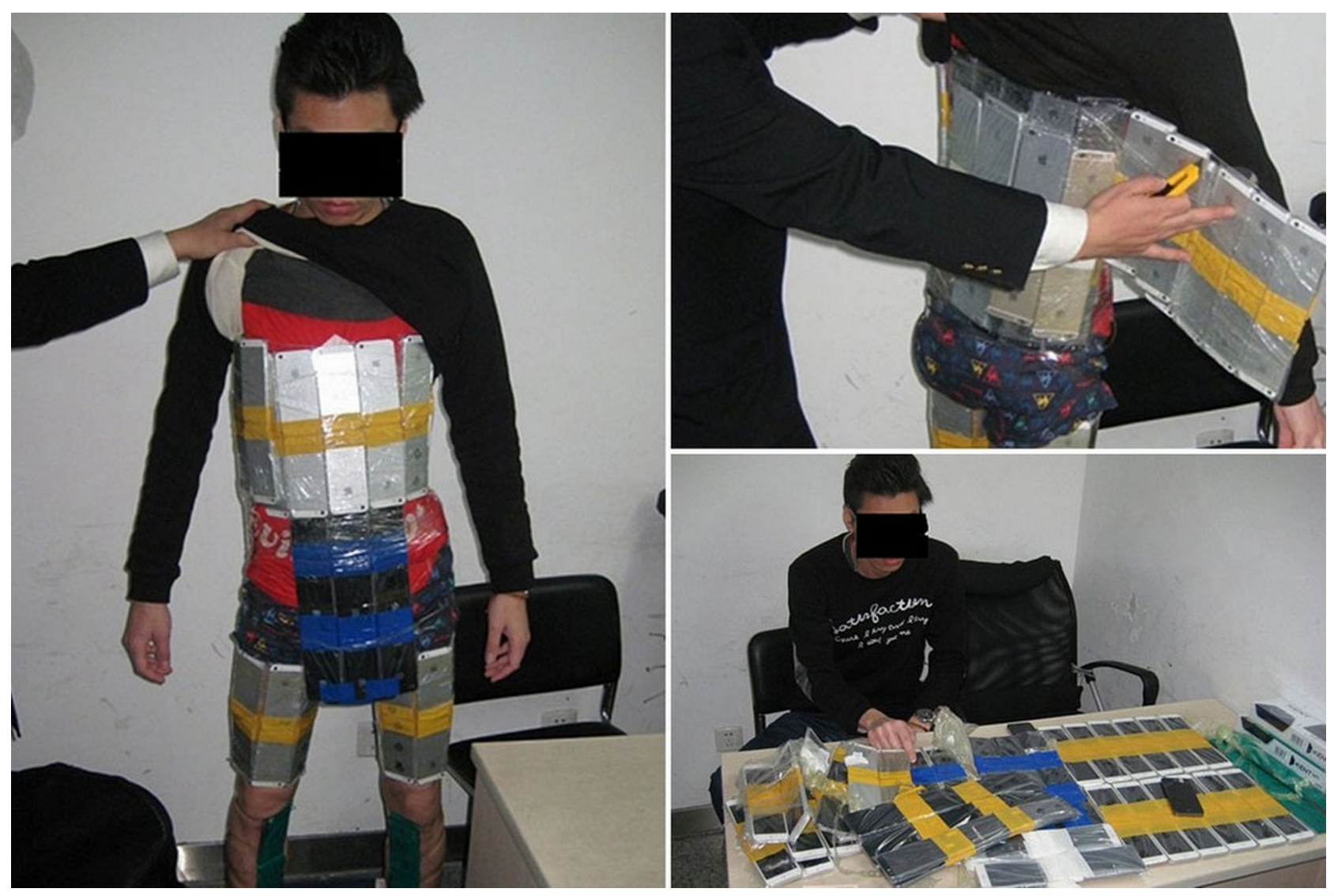 An iPhone smuggler was caught by Chinese authorities trying to making his way through customs with 94 iPhones strapped to his body. He had a “weird walking posture, joint stiffness, muscle tension” that caused authorities to become concerned.

The man had reportedly arrived from Hong Kong, where iPhones are cheaper, and brought them into mainland China to presumably sell them on the blackmarket. He refused to go through the metal detector at customs.

While it’s not clear what models of the iPhone the smuggler had strapped to his body, he was gearing up for a lot of profit.

The iPhone has become a rarity in China, thanks to supply constraints, making the blackmarket a prime spot for profiters. According to the FT, an unlocked 16GB iPhone 6 is around $872 compared to $649 in the US – retail. 9to5mac points out prices on the black market have at times reached $3,000.

However, the market appears to be changing almost daily, with some resellers in late-September complaining their iPhones were losing value during the trip from Hong Kong to China.