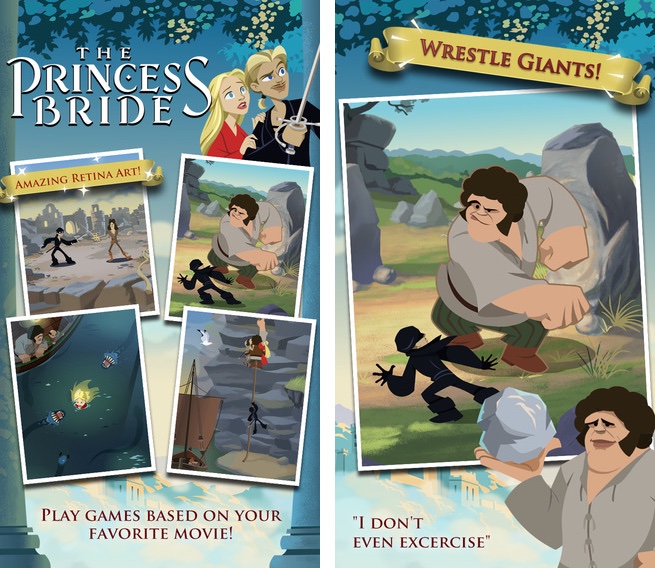 The official mobile game of The Princess Bride, the 1987 classic fantasy adventure movie adapted from William Goldman’s 1973 namesake novel, is now available in the App Store.

Featuring four different games, The Princess Bride lets you experience all the favorite scenes from the film. You’ll be wrestling giants, engaging in sword fighting and more, earning awards along the way and unlocking images and sound clips from the movie.

Created by Gameblend Studios, the Princess Bride packs in four different games into one — Survive the Shrieking Eels, Climb the Cliffs of Insanity, Sword duel with Inigo and Wrestle your favorite Giant — each with its own unique leaderboards, challenges and awards.

The game contains optional $1.99 In-App Purchases that buy you a set of 20 Miracle Pills each. And therein lies a potential pitfall: you’re required to use the magic pills throughout the game so I think it’s a little cheap that they threw In-App Purchases on top of a paid download.

Be that as it amy, the game is beautifully done, is fun to play and definitely feels nostalgic, especially if you’re a fan of the movie. 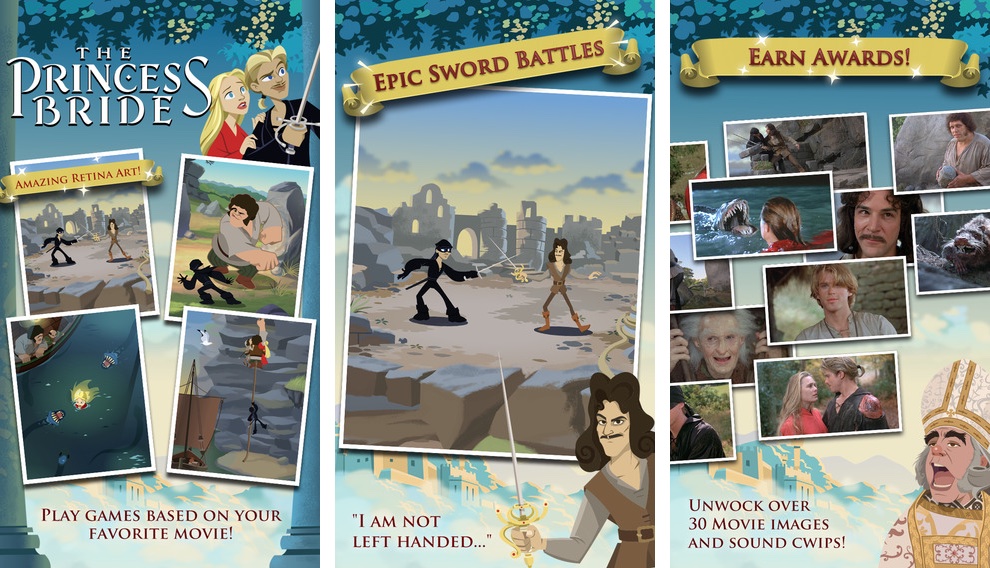 The 86.1-megabyte app requires an iPhone, iPod touch or iPad with iOS 6.0 or later.

The Princess Bride is four bucks in the App Store.