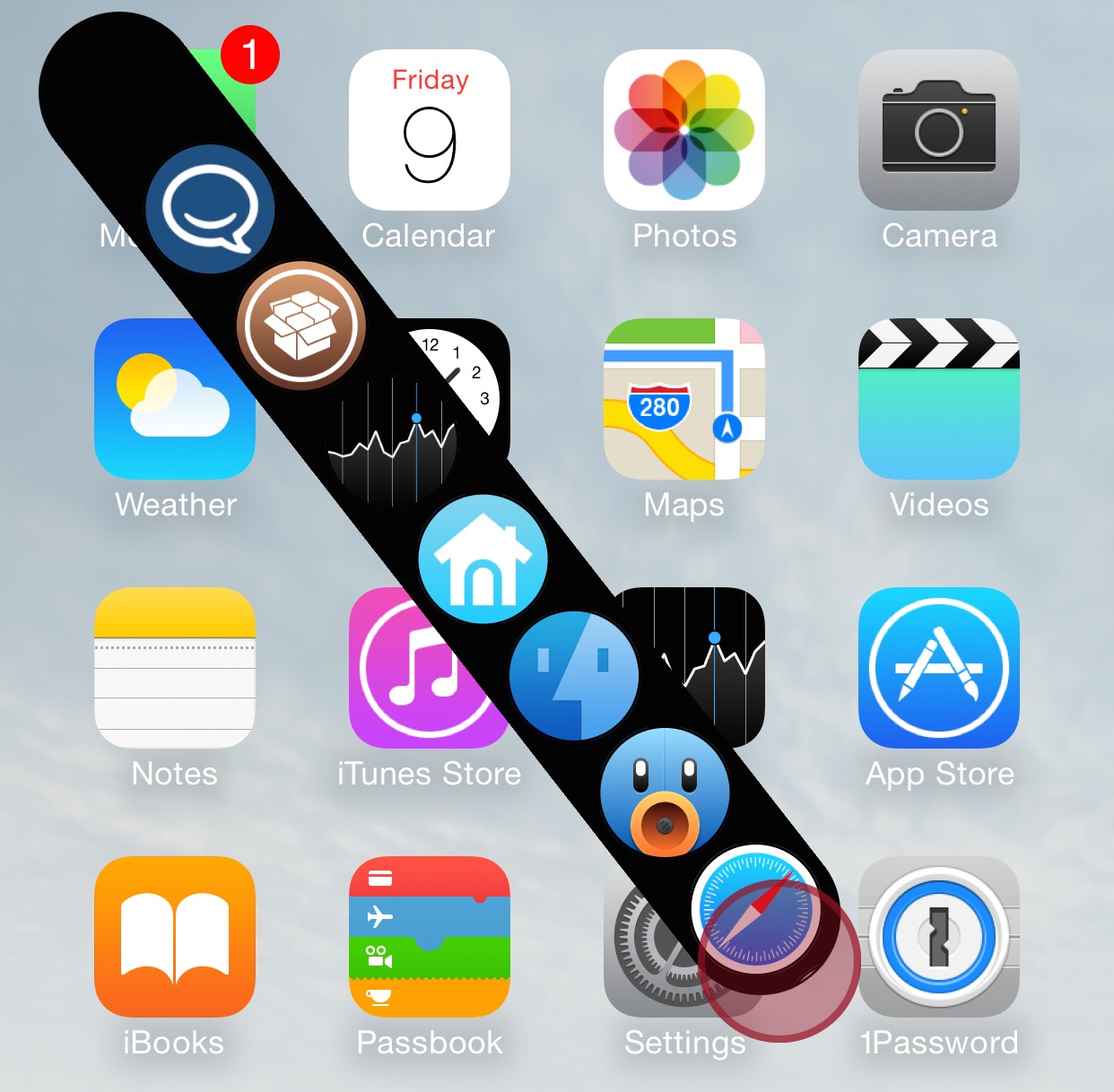 I love jailbreaking for many reasons, but one of the primary reasons is that it allows developers to bring unique ideas to fruition. One such idea is AppButton, a new jailbreak tweak that places a very different twist on the concept of app switching. AppButton is not available on the default Cydia repos yet, and is still in Alpha stages. Even so, it’s a tweak that shows tons of potential and promise.

Once installed, AppButton places a small button on the iPhone’s screen. This button serves as an overlay, so it doesn’t just appear on the Home screen, but within apps as well. The button is translucent, so outside of its thin border, it doesn’t hinder the view of the current app or Home screen much.

To use AppButton, simply tap and drag on the button overlay to reveal app icons representing your most recently used apps, and release on the app that you wish to switch to. You can drag in any direction from the AppButton, and move your finger to a new location on screen as long as you don’t lift your finger off of the screen.

App Button works in such a way that it’s like you’re “drawing” on screen to reveal the apps that you wish to switch to. Most of the time, you may be able to envision how a tweak works just by reading words like these, but to really appreciate AppButton, I highly recommend watching the video above. 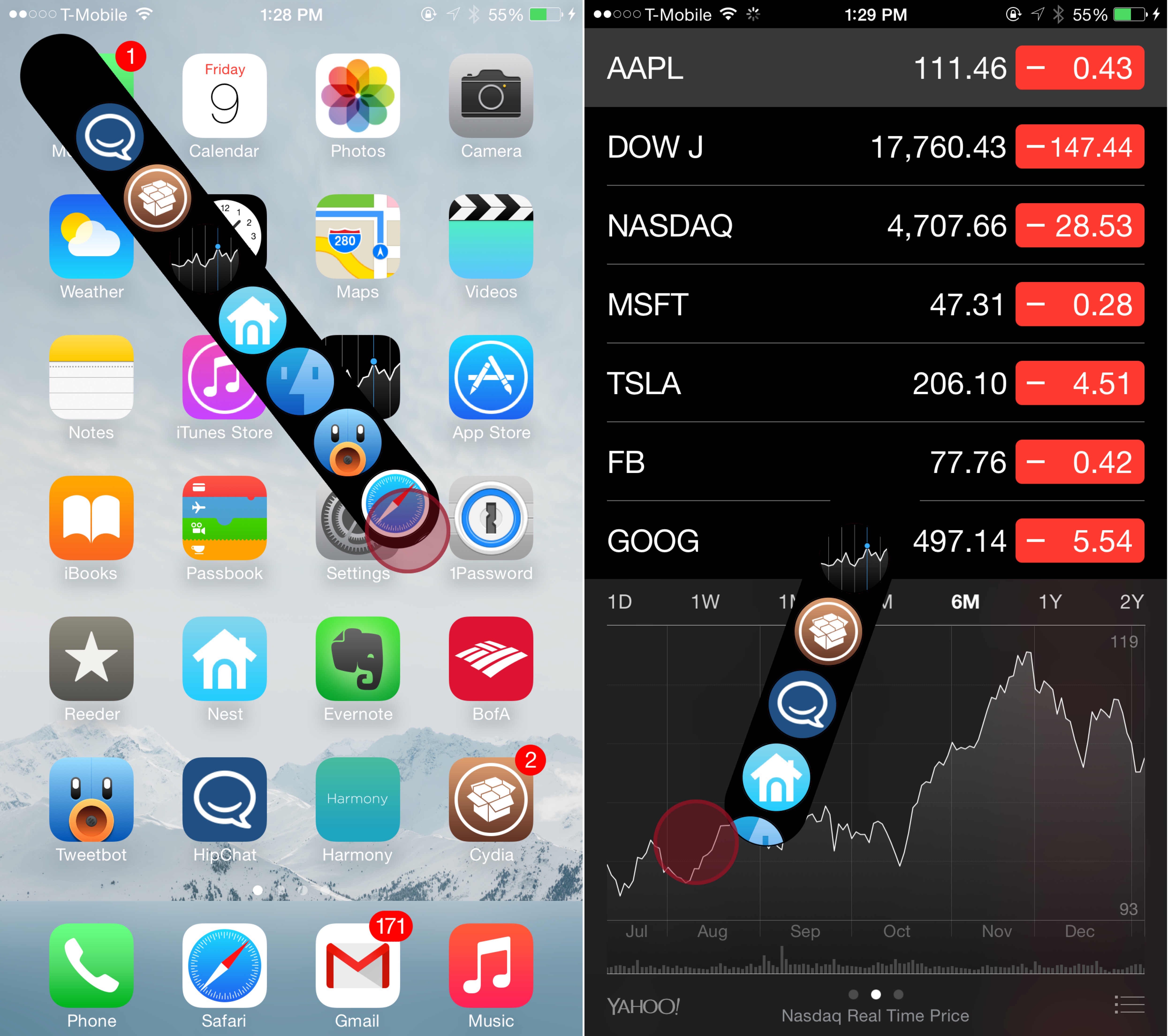 You can move the AppButton around the screen and position it in a desired location just by using an extended tap, hold, and drag gesture. I recommend moving it in a corner so that it can afford you the most real estate needed to switch to the largest quantity of apps. You see, AppButton arranges apps by most recent usage, so switching to apps that you’ve used further in the past requires more room to extend the drag gesture.

As stated, AppButton is still in its alpha stages, and there’s no solid word on when a full release will come. Stay tuned for more information, and please leave a comment telling me how you like this tweak idea and if you would be willing to use it on your iPhone.