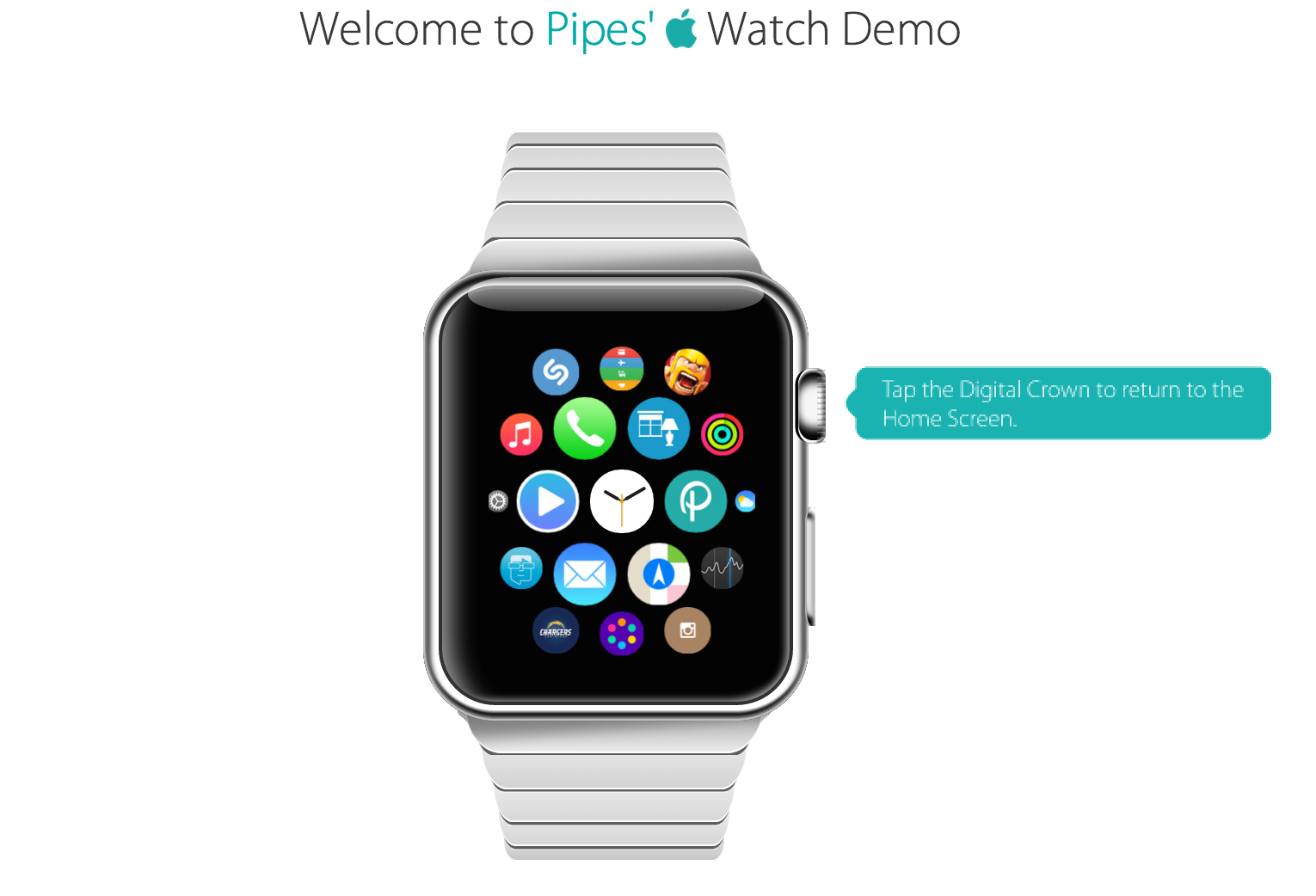 A new project from the folks behind the news app Pipes allows prospective Apple Watch buyers to test the user interface on the web, before the Apple Watch’s launch in March.

All you need to do is head to DemoAppleWatch.com, where you can “use” the Watch, play with 19 apps, and try the Apple Watch’s Digital Crown to return to the home screen. The Apple Watch is modeled on official images from Apple, and lets users see how their messages, emails and home screen will look and work.

The demo is not exactly the smoothest thing in the world, but it’s definitely a nice way to try a virtual Apple Watch. The demo also lets you view glances, add your own app’s logo to the Apple Watch, and demo push notifications.

After playing with the demo, let us know: Will you buy the Apple Watch?