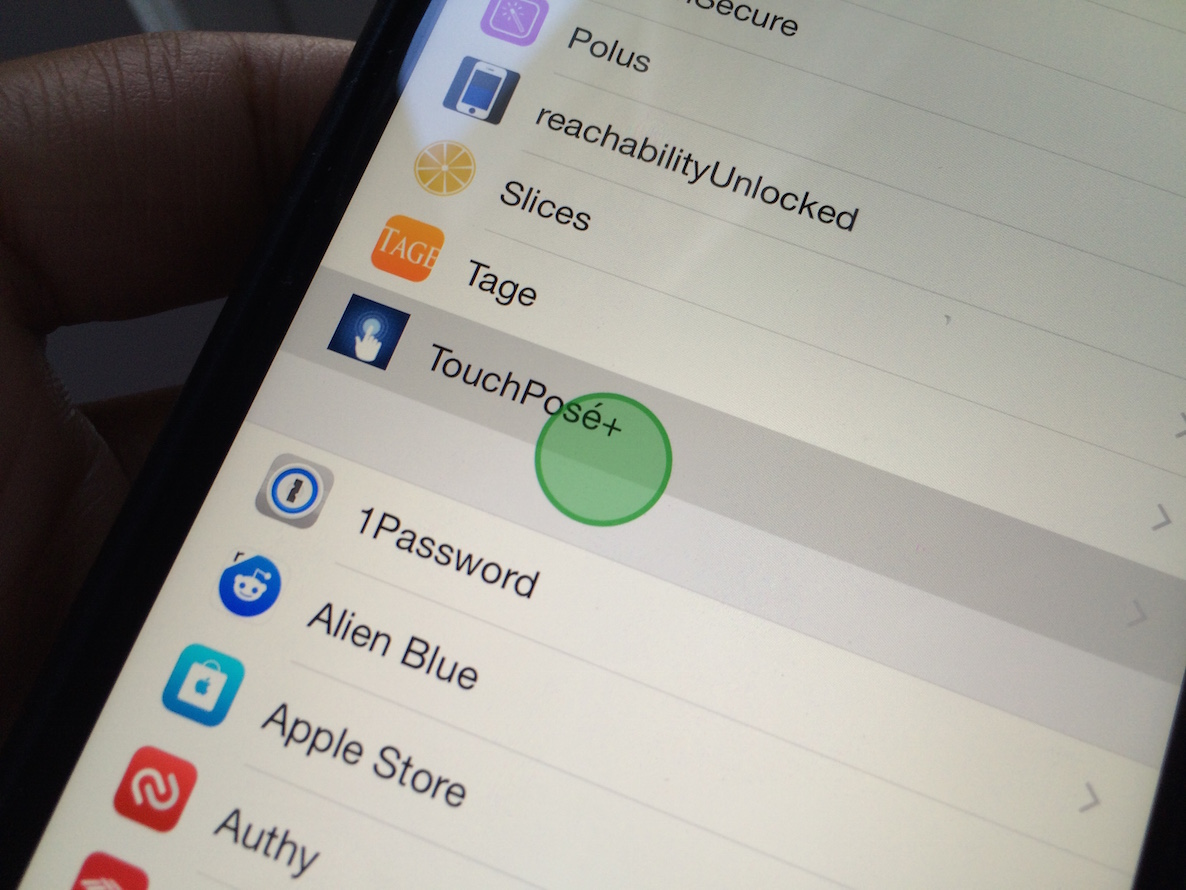 Many people over the years have asked me how I get the little touch indicator on my screen-captured videos. No, it’s not Display Recorder, it’s TouchPosé+. Folks, this is one of my go-to tweaks, and one of the secrets behind my videos, and it’s now absolutely free of charge and officially compatible with iOS 8.

Ever since I decided to switch to doing more screen capture based videos, it was apparent that I needed a way to accurately portray where my finger was touching on screen. Display Recorder allows you to do that, but its feature set in this area is really limited. Enter TouchPosé+, a jailbreak tweak that has been a paid release up until now, to save the day. 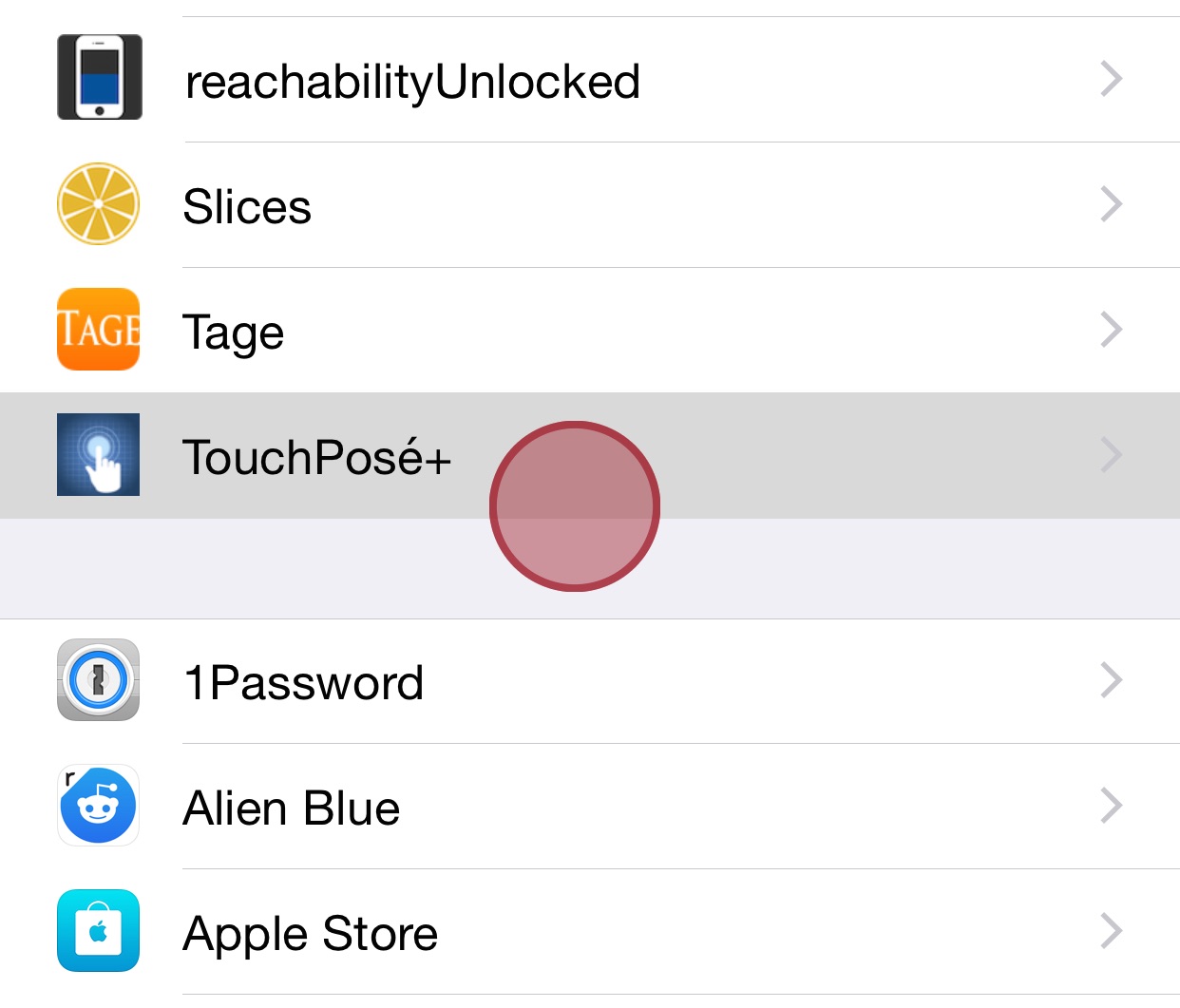 TouchPosé+ is a great tweak, and it’s always one of the first releases that I install on my freshly jailbroken device. To me, it’s by far the best way to portray your taps on screen.

The thing that I really like about TouchPosé+ is that it’s highly configurable. Not only will it allow you to display your taps on screen, but you can customize the tap circle size, color, and even use your own custom image if that’s your fancy. 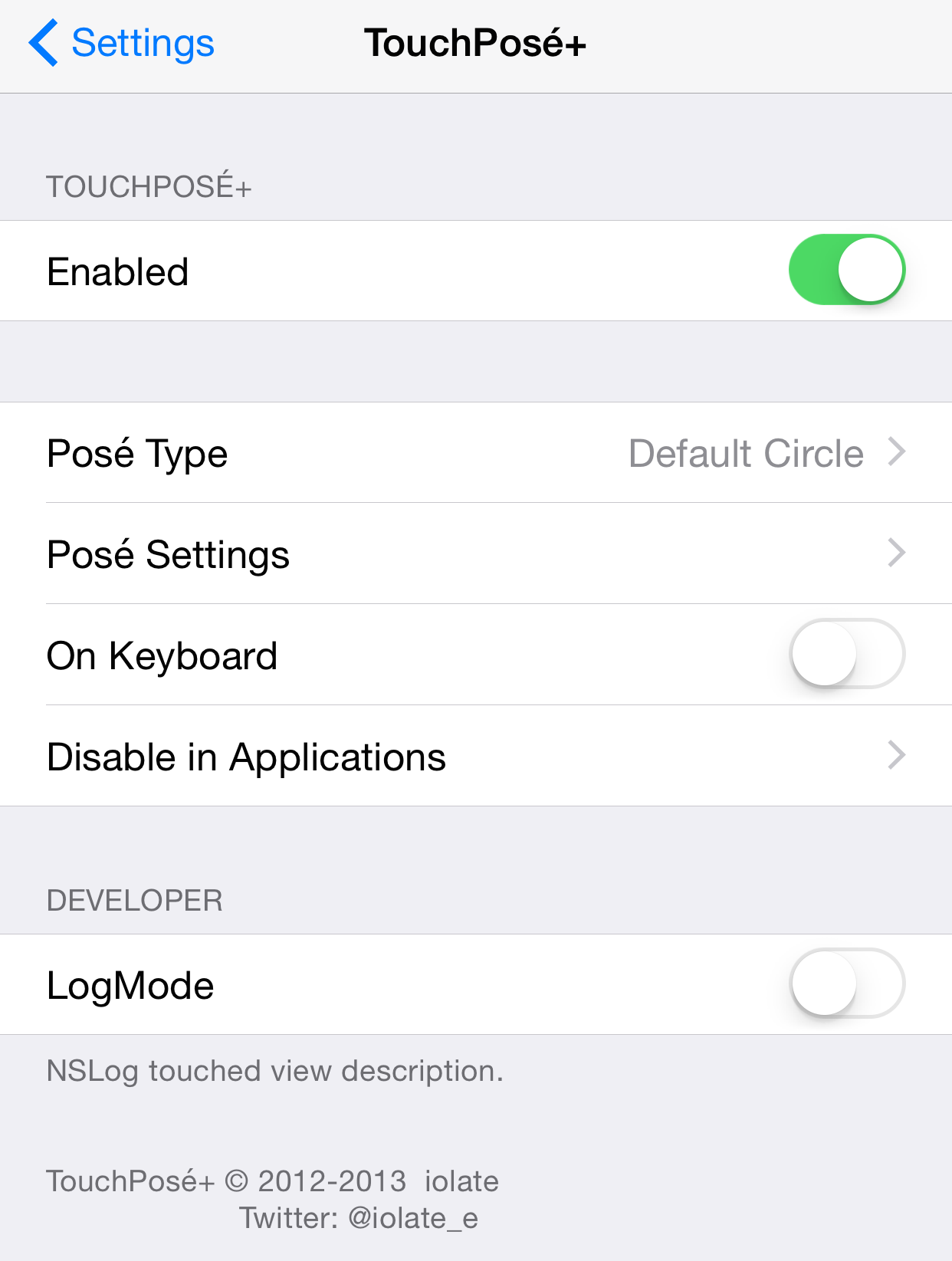 One of the things that makes TouchPosé+ so valuable to me, is that I can invoke it using an Activator gesture. That way, it’s always literally a touch away.

TouchPosé+ has made following along with my videos extremely easy for millions of viewers, and it’s one of the tweaks that I probably use more than anything else. I really have nothing bad to say about it at all. If you’ve always wondered “how’d he do that?” then here is your answer: TouchPosé+. It’s now free on Cydia, and it’s officially available on iOS 8, even though I’ve been using the so-called non-compatible version anyway. Special thanks to developer @iolate_e for such a great tweak.

What do you think about TouchPosé+? Do you use it?