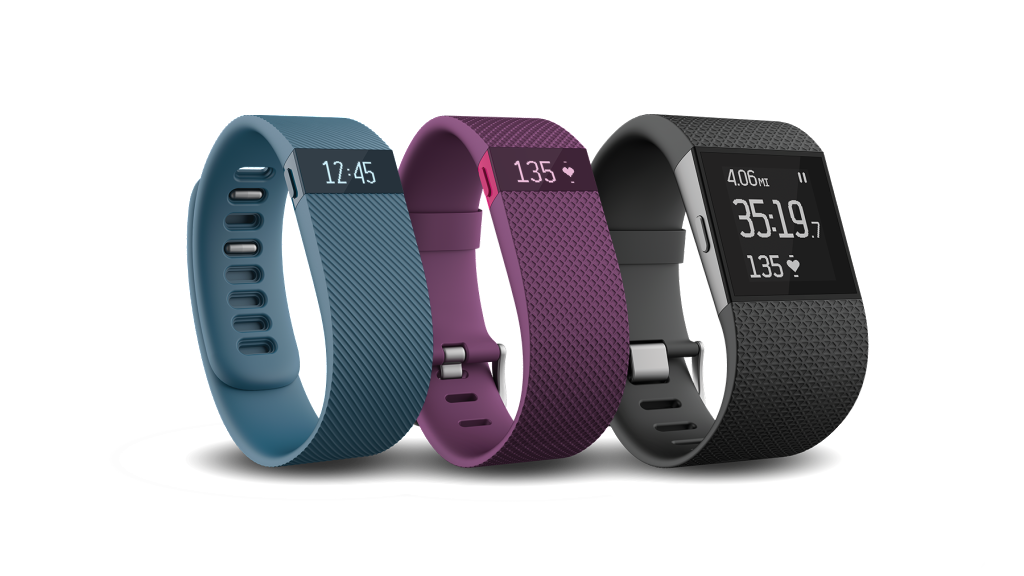 Can’t wait for the Apple Watch to track your health? Fitbit announced the availability of the Charge HR and Surge on Tuesday, after unveiling the products last October.

The Charge HR, available from Fitbit’s website for $149, is a heart rate tracker on the wrist, with an OLED screen, an exercise mode, Caller ID, automatic sleep detection, and a water resistant design with 5 days of battery life. It’s available in plum, black, blue, or tangerine.

Furthermore, the Surge is available on Fitbit’s website for $249, and features a full-fledged smartwatch-like screen. The Surge has built-in GPS to measure distance without the need to tether to a smartphone or a tablet. Taking data from as many as eight sensors — a tri-axis accelerometer, gyroscope, compass, ambient light sensor, GPS and heart rate — the Surge enables continuous heart rate and all-day activity tracking and sleep monitoring.

Fitbit revealed the Charge (available since October for $129), Charge HR, and Surge, after its Force fitness band was causing a skin irritation in some users.

On Tuesday, Fitbit also announced users will now be able to have up to 5 Fitbit devices to sync to one account and exercise summaries that can be displayed directly on the Charge HR display.