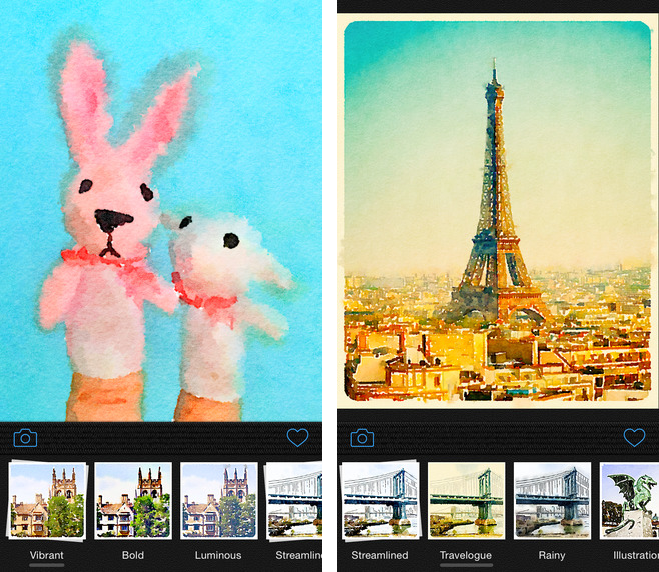 If Apple’s latest Free App of the Week, the hilarious platformer Icycle: On Thin Ice, isn’t your cup of tea, how about a nicely done water color paint app that was recently featured in Apple’s new “Start Something New” webpage which highlights the iPad as a way of creating art through drawings and photographs?

Waterlogue by Tinrocket normally sells for three bucks a pop in the App Store but is now available at no cost through the official Apple Store application (not to be confused with the App Store).

Here’s how you can redeem your free copy of Waterlogue.

How to grab Waterlogue for free

Step 2: Fire up the app, hit the Featured tab and scroll halfway down. You should see the “Download Waterlogue for free” option. Tapping it takes you to a new screen with description.

Tap the green “Download now for free” button at the bottom. 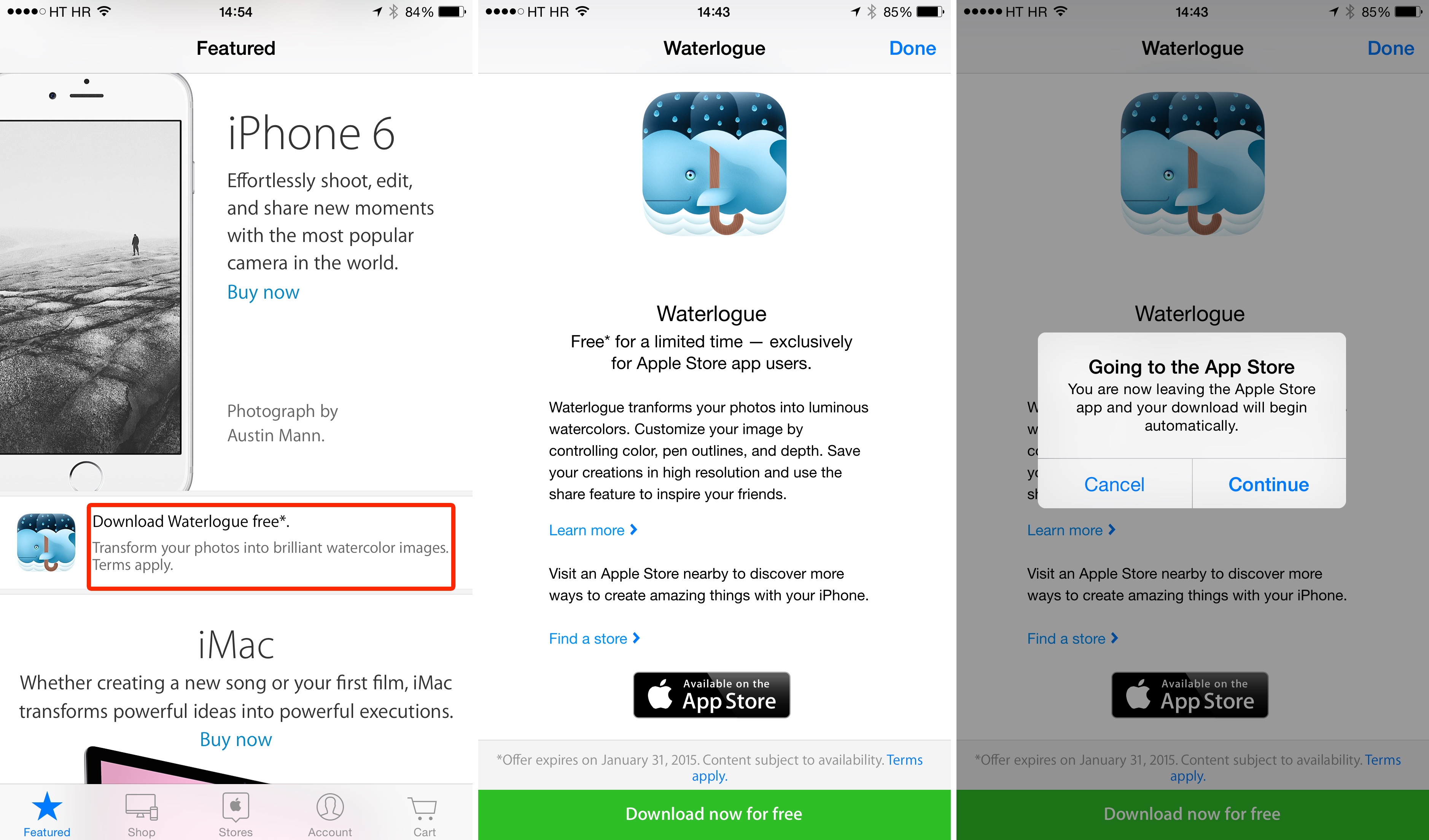 Step 3: You’ll be taken to the App Store. Upon confirming your Apple ID password and tapping the Redeem button in the upper right corner of the screen, the app will automatically start downloading. 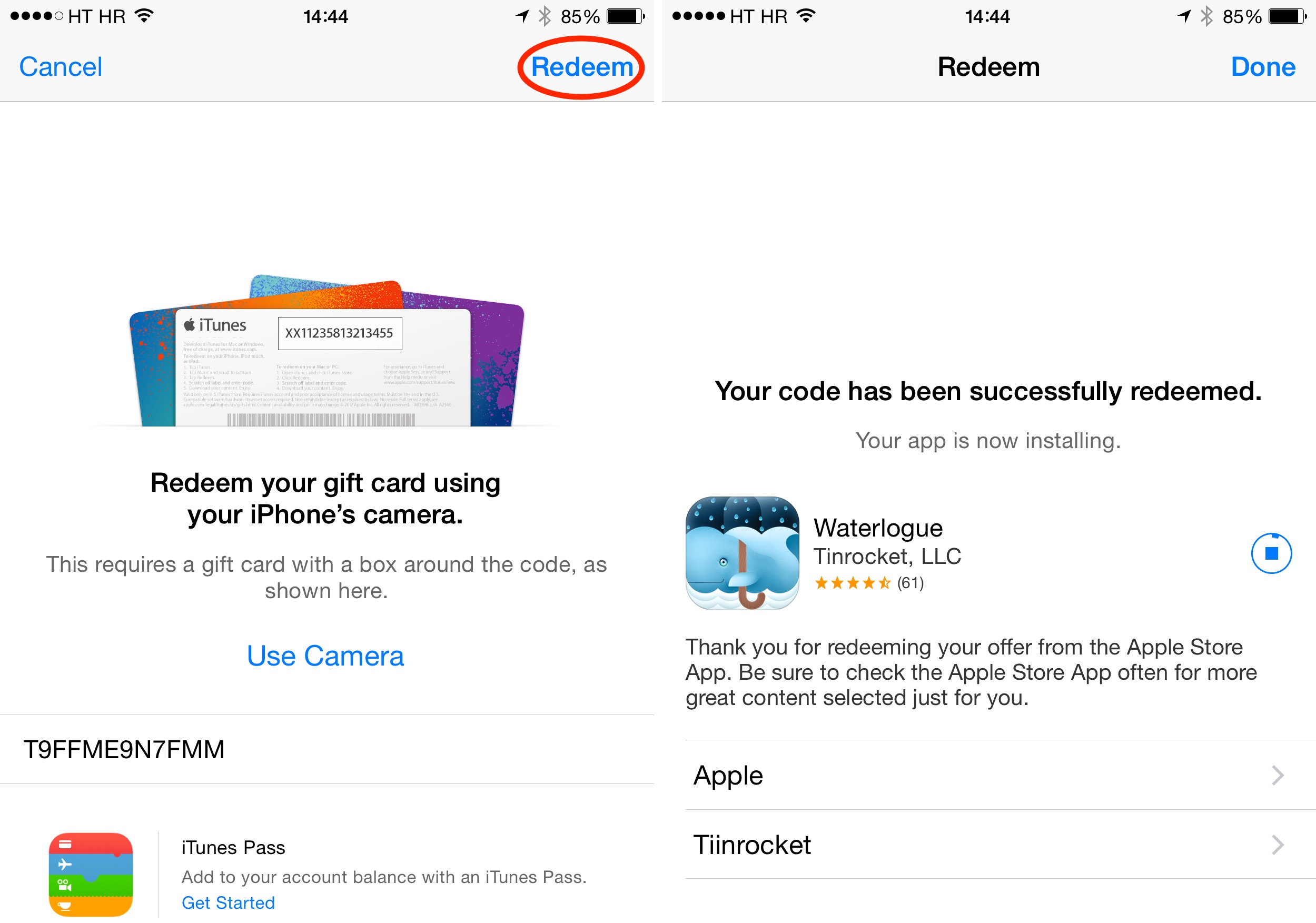 Once you have downloaded Waterlogue, you’ll be able to re-download it later for free and put it on your other devices through the App Store’s Purchased tab.

This offer is exclusive for Apple Store app users and expires on January 31. If you’re outside the United States and have trouble accessing the offer, try disabling location access to the Apple Store app in your iOS Settings.

Waterlogue transform your photos into luminous watercolors by making it easy and fun to touch up your images by controlling color, pen outlines and depth.

Your watercolors can be used to create an artist’s journal or notebook and shared on Instagram, Twitter, Facebook and Tumblr. Edited images can be exported in high-resolution to your Camera roll. 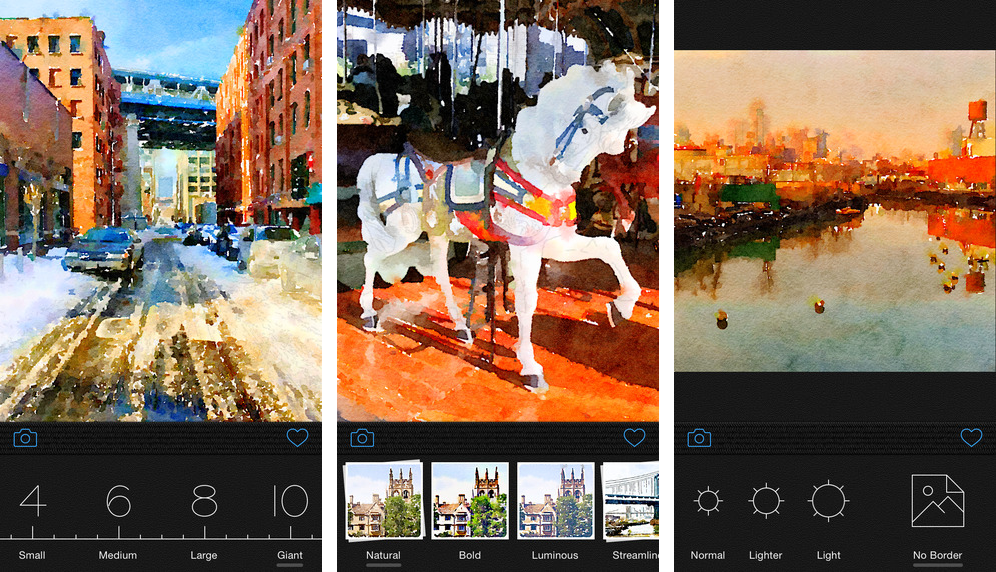 The app runs advanced image processing software for the highest possible quality watercolor rendering. It takes full advantage of your hardware so rendering times will be shorter on newer and faster iOS devices.

As mentioned before, the app is featured on the “Start Something New” webpage and Apple picked it for inclusion in the iTunes Best of 2014 charts.

The 43.1-megabyte download runs natively on any iPhone, iPod touch or iPad with iOS 7.0 or later. Again, maximum rendering detail and export resolution depend on each device’s capability.