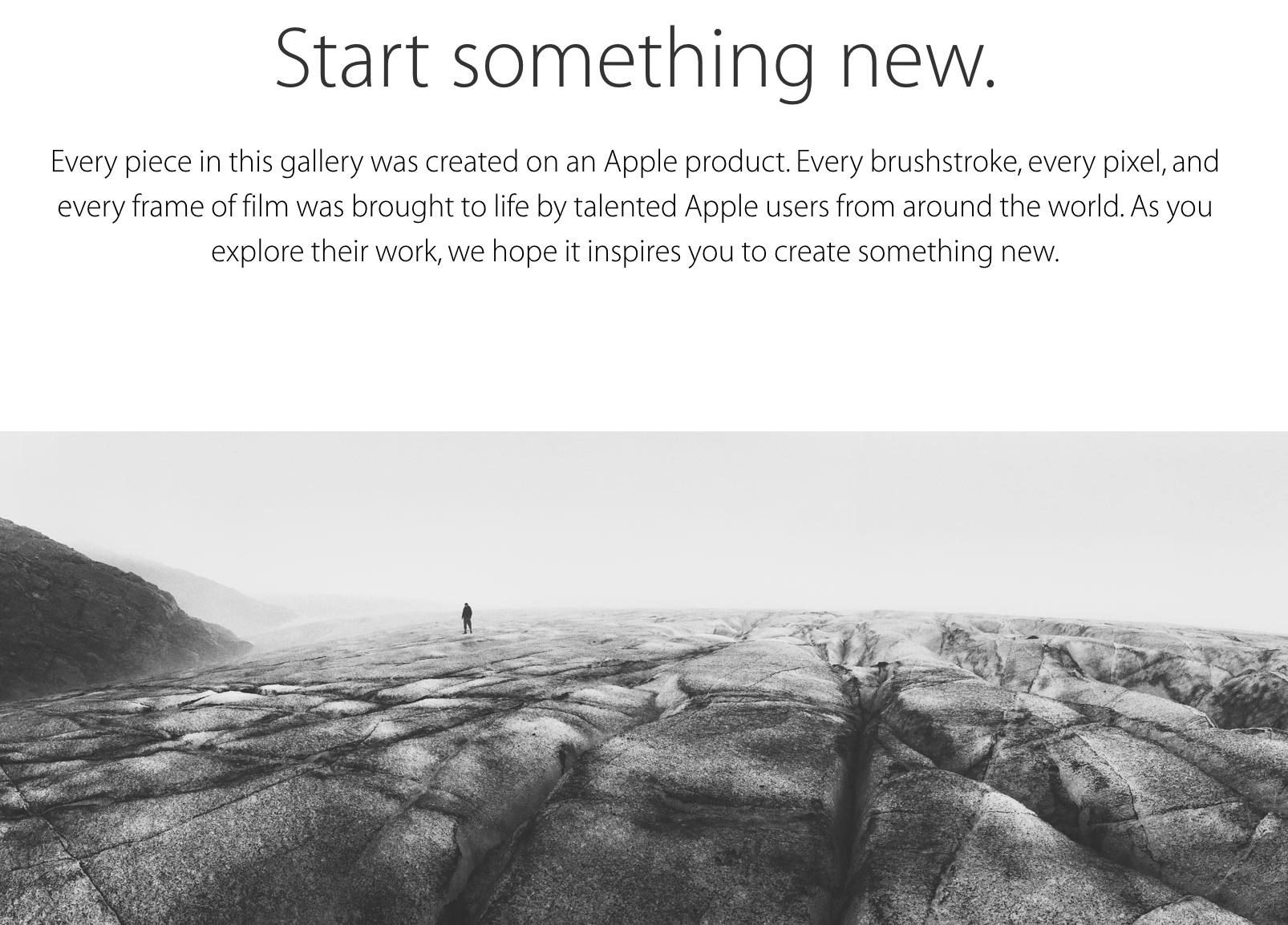 Apple’s marketing team has pushed a new webpage worldwide titled “Start Something New” to highlight the iPad as a way of creating art through drawings and photographs.

I guess it’s there way of bringing in the New Year.

“Every piece in this gallery was created on an Apple product,” the company wrote. “Every brushstroke, every pixel, and every frame of film was brought to life by talented Apple users from around the world. As you explore their work, we hope it inspires you to create something new.”

The website first appeared on Apple Japan’s website earlier this week, but on Wednesday reached the US and locations across Europe and Asia.

Apple not only highlights its own products like the iPhone 6 Plus’ camera and its panorama mode, but also makes customers aware of apps like VSCO Cam. Available on the App Store, VSCO Cam touts itself as the “premier way to shoot, edit, and share your photographs”, and many of its users and Apple’s marketing team have agreed.

The iPad Air 2’s drawing capabilities are highlighted with “Artwork by Nomoco”, drawn on the Brushes app to portray her art “exactly as she had imagined it”. Marcelo Gomes and Jingyao Guo are among the other artists portrayed that use photography and sketching apps like Camera’s HDR and Mac’s iDraw to create art.

Even if you’re not an artist your self, it’s a cool webpage to look at to see what’s been created.