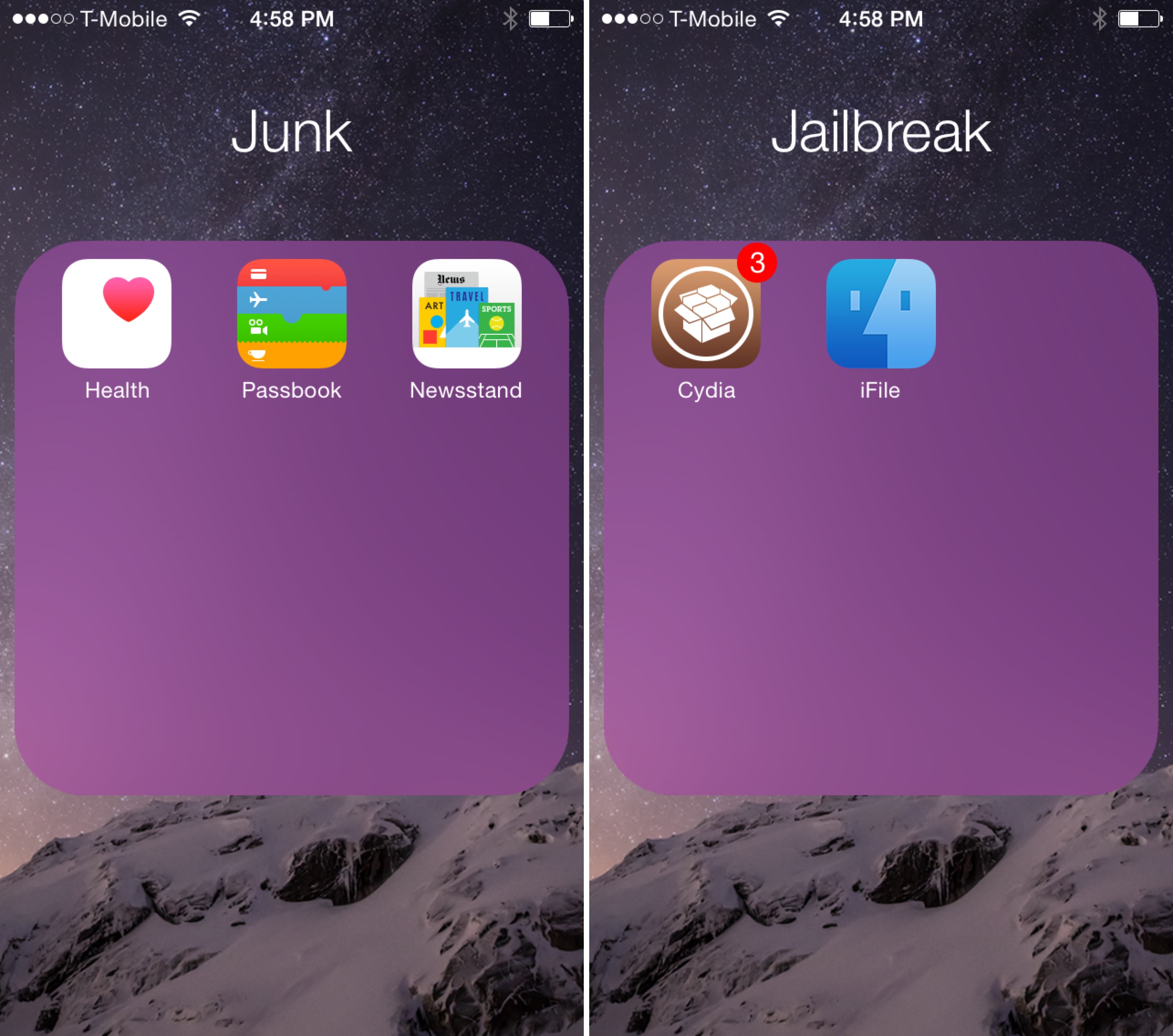 Folderix is an upcoming jailbreak tweak that lets you quickly swipe between all of the folders that you have on your iPhone without exiting the folder interface. If you have lots of folders created on your device, this is one of the fastest ways to navigate between them.

The tweak, which will presumably touch down on Cydia’s BigBoss repo for a confirmed $0.99 asking price, features several options to configure in its preferences as well. Inside of the neatly-designed prefs, you’ll find a kill-switch, respring button, and a Configuration section. I’ve reviewed some of this developer’s (Smartviper E75) tweaks before, and I can say for sure that this is the best looking implementation that I’ve seen from him yet. 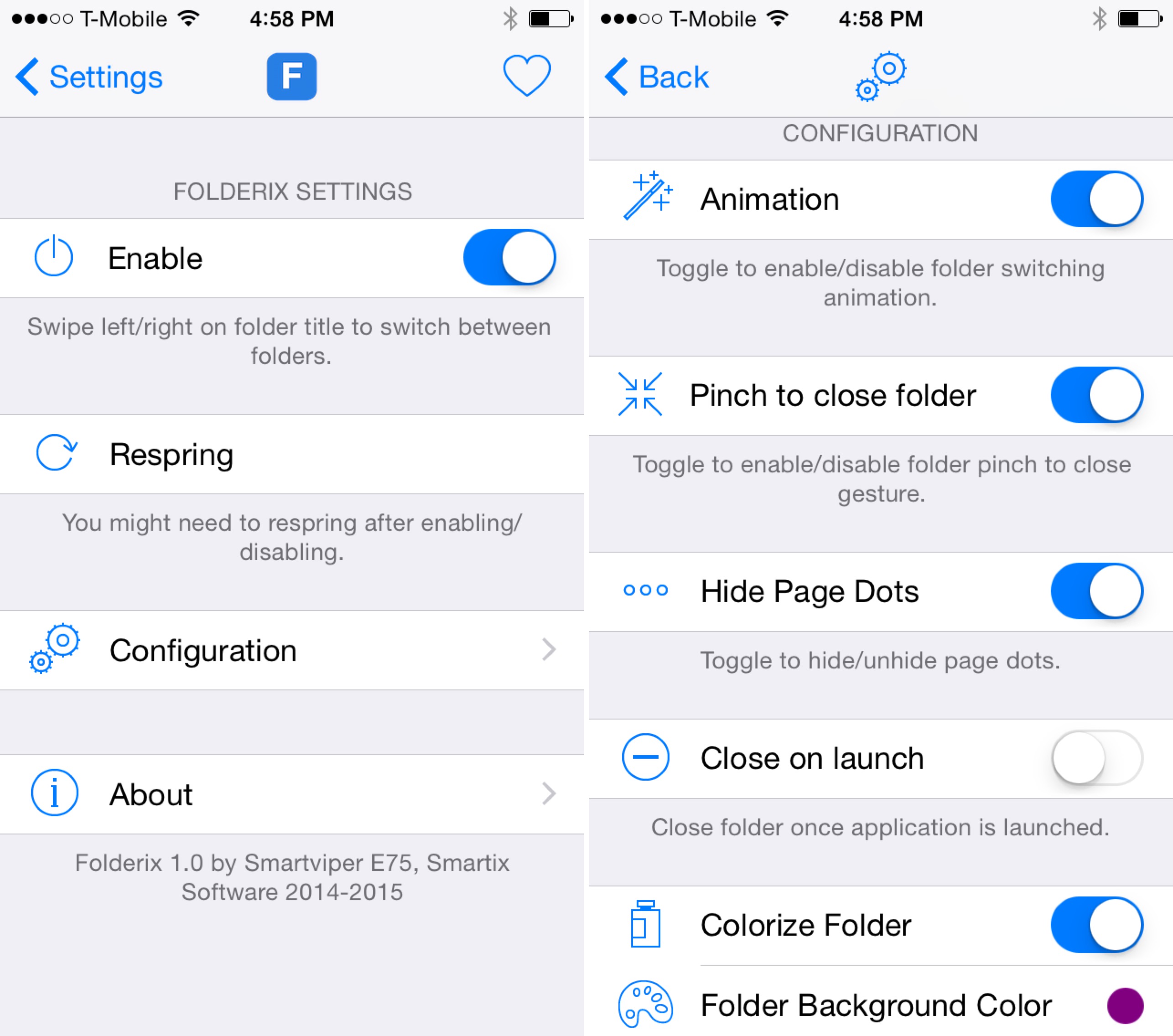 Inside of the Configuration section, you’ll find several options to toggle folder animation, pinch to close, hide page dots, close folders on launching an app, and a folder colorization option. On their own, none of these settings are really a huge deal, especially when compared to an all encompassing tweak like Springtomize 3. But coupled with the ability to quickly swipe between folders directly from the folder interface, and things get a bit more interesting.

I will say that throughout my brief usage with Folderix, I encountered a few graphical glitches with page dots and with folder background colors. I also experienced periods of time where the swiping between folders seemingly quit for no reason. Hopefully, there’s still time for some of these issues to be cleaned up before the tweak launches on Cydia publicly.

There’s certainly nothing mind-blowing about Folderix, but it’s a generally well-designed tweak with a purpose. What do you think about Folderix? Does its primary function appeal to you? Sound off down below in the comments with your thoughts and opinions.