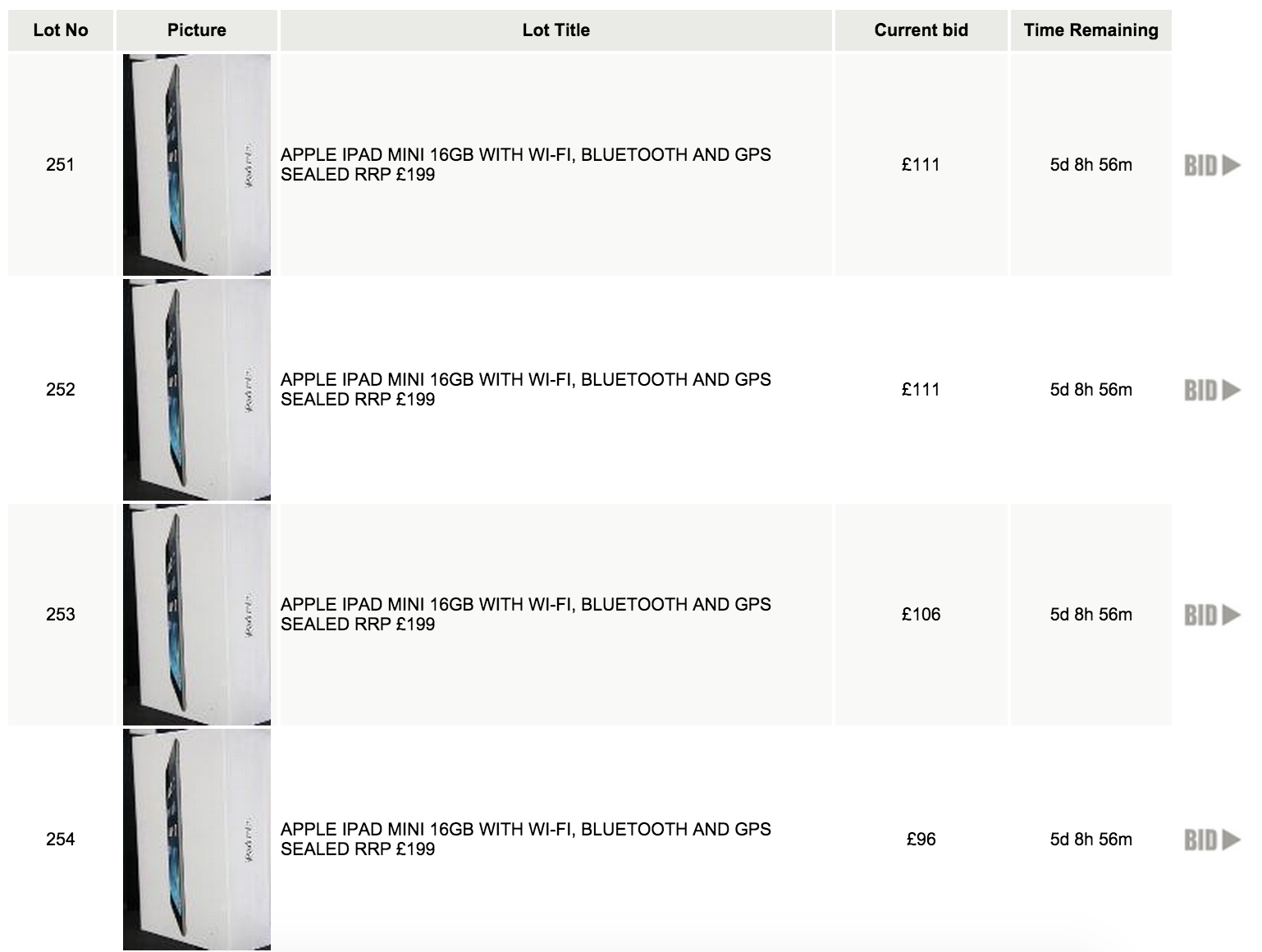 If you live in the UK and have been wanting to get your hands on some killer Apple deals, now may be your chance. UK retailer Phones4U is entering administration – aka bankruptcy – and as a result is liquidating its entire stock of products, including iPhones, iPads, and Beats headphones.

Phones4U has tapped John Pye Auctions to handle the liquidation of the 600,000 unit stock, equivalent to £10.8 million. Bidding is now available online in the UK and internationally. Items can only be bid on individually, and not grouped, which benefits us individuals rather than wholesalers.

Bidding on the auction through John Pye ends Tuesday, January 6, 2015. If you live in the UK and want to see the items in-person, the auction house is hosting a public showing on Monday, January 5, 2015 from 10am to 2pm at its warehouse in Staffordshire.

John Pye is making bidding available to customers in the US, however will not be shipping international. Buyers will have to arrange their own shipping or pick-up the items in person. While there’s still days left of bidding, prices are currently extremely low. Beats by Dr. Dre headphones are priced at £57, and Apple’s iPad mini is priced at less than £100.

Obviously with time these bid prices will go up, but if you get lucky you may be able to snag some new Apple products considerably under typical retail prices. If you live in the US, you could arrange a courier like DHL to handle the shipping.

Phones4U was once a large UK retailer, but after network giants EE, Vodafone, Orange, and O2 terminated their contracts with the company in 2014, its business could no longer chug along.