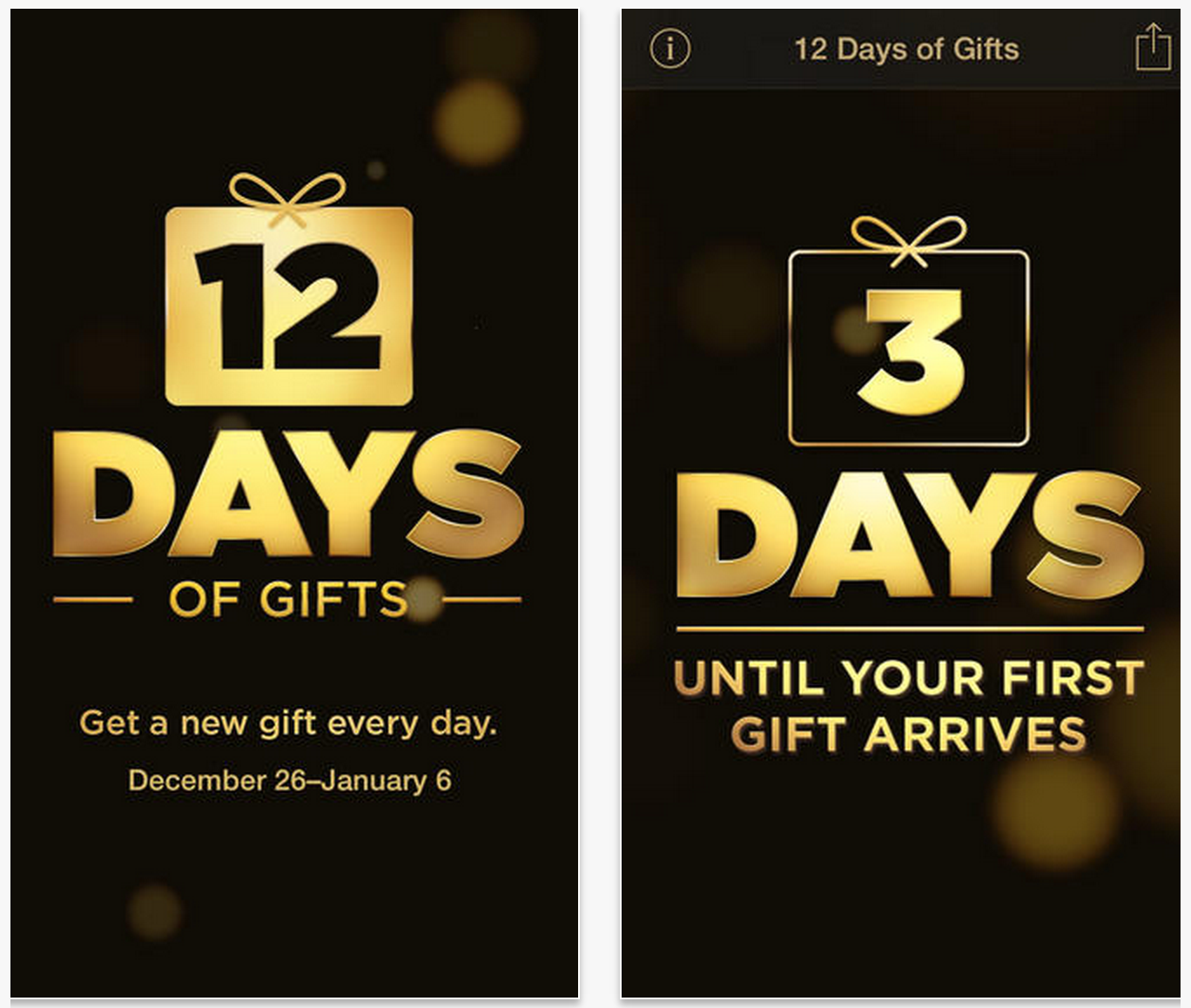 For the last six years Apple has been running its “12 Days of Christmas” promotion in the UK, and did so last year in both the UK and US “12 Days of Gifts”. It joyed customers by giving away iOS apps, music, films and books over the twelve days following Christmas Day. However as noticed first by MacWorld, it appears Apple is discontinuing its holiday tradition in 2014/2015.

We’re now three days out of Christmas, and any type of promotion can’t be found. MacWorld reports from a reliable source that we’re definitely not seeing the “12 Days of Christmas” app this year.

There are several reasons why Apple could be discontinuing the tradition.

For one, there are just so many free apps on the App Store right now. App developers have realized the benefit of making their apps free, and then allowing in-app purchases to garner revenue. Two, Apple recently changed the language on its App Store from “free” to “get”. Three, customers weren’t too happy with the U2 album giveaway.

MacWorld also offers the theory that new retail head Angela Ahrendts is behind the discontinuation of the giveaway. Apple also chose not to discount any Macs, iPads or iPhones for Black Friday, which she may have had a part in.

Luckily, Apple isn’t discontinuing all traditions this year. It announced earlier this week it will still be doing its “Lucky Bags” promotion in Japan.