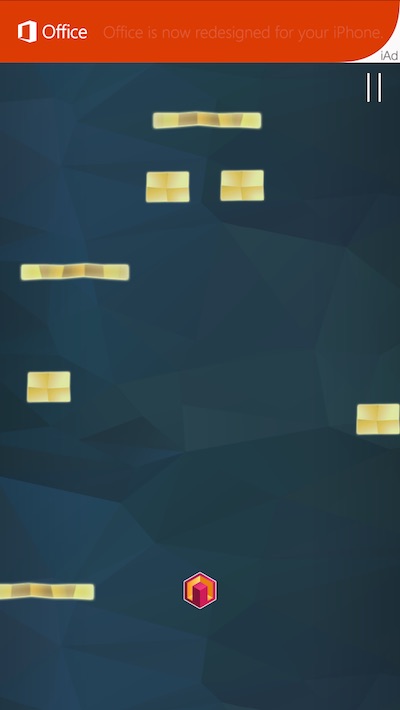 Most arcade games put you behind the controls of a ship or object that you must maneuver around to avoid being hit by some obstacle. It is a game mechanic that we are so familiar with that it is difficult to imagine any other way to do it.

TimeCube takes those rules and tosses them out into the infinite universe. Instead of controlling your ship, you control the environment around it. You don’t have the ability to move obstacles out of the way, but you can slow down or speed up time to avoid being hit.

Players start the game with the TimeCube in the center of a vertical screen. The controls are in the bottom corners of the screen. Slower is on the left and Faster is on the right. 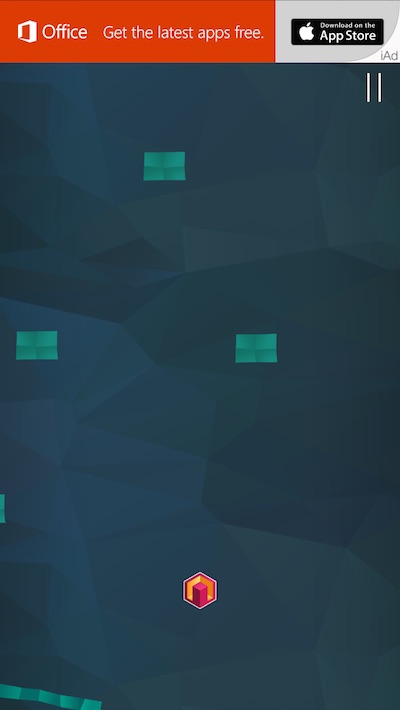 You can’t move the TimeCube at all. The buttons instead will either slow down or speed up the moving objects in front of you. Tap to slow or tap to speed up their movement.

It may sound easy, but our brains have been controlling ships instead of environments for so long that it is confusing at first to get used to what you are trying to control. I found myself thinking that the speed would change how fast the TimeCube moved, but it quickened the side-scrolling flotsam instead.

Players try to avoid getting hit in an endless vertical scroller type environment. The screen is populated with a variety of ribbons, blocks, and other things that get in the way. The items scroll across the screen sideways as your TimeCube moves forward, vertically. The goal is to reach a checkpoint without getting hit. If you hit an object, you’ll have to start over from whichever checkpoint you were at last. 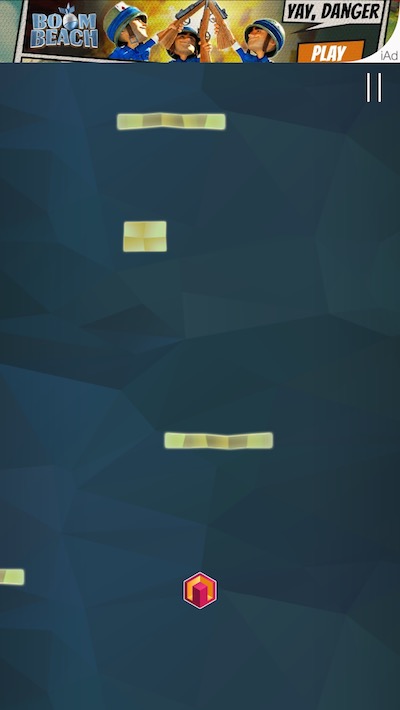 Although it is easy to relearn how to control the environment instead of the ship itself, the game is still very hard. I never even made it to the second stage during about 20 minutes worth of gameplay. This is one of those games that will keep you coming back for more, but might frustrate you at the same time.

The game is advertisement supported with an in-game iAd banner and a few pop up ads every once in a while. Unfortunately, there is no way to remove the ads.

TimeCube is available on the iPhone, iPad, and iPod touch for free. Download it in the App Store today.

What do you think of this backward controls arcade game? Let us know in the comments below.