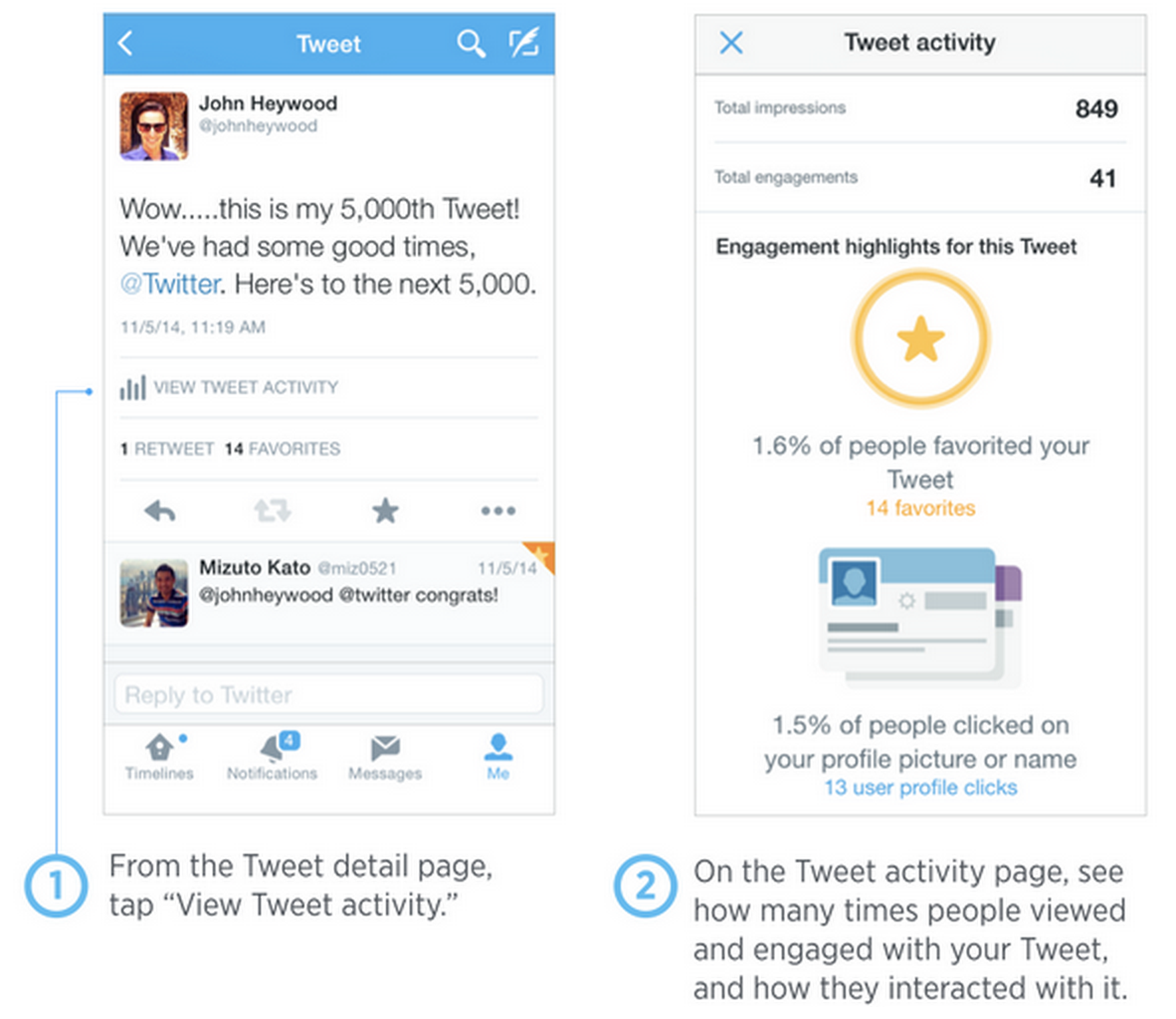 Twitter unveiled on Monday that it’s added detailed analytics to its official iOS app, allowing users to track engagement with their tweets and profile.

The update is rolling out now on the iTunes App Store. Viewing analytics is as simple as clicking on your tweet, going to its detail page, and tapping “View Tweet Activity.”

Twitter displays analytics information including impressions, engagement, the percentage of people who favorited your tweet, and the numbers of people who visited your profile through the tweet.

The new feature will either be a wake up call of how popular or unpopular you really are. The analytics information is also available on the Twitter website, and is more detailed than what is presented through the iOS app.

The official Twitter app can be downloaded from the App Store for free.