Facebook-owned WhatsApp quietly introduced blue-ticked read confirmations in its mobile iPhone app a month and a half ago and now the social networking behemoth has refreshed its backend to bring read receipts to Messenger for iOS and Android.

And with Christmas around the corner, the company is helping us celebrate the upcoming festivities by adding holiday-themed content to Messenger like fresh sticker packs, a new festive frame and more.

As if that wasn’t enough, Facebook’s engineers have done a lot of work under the hood to make the app more fluid and responsive than ever before.

Based on the FacePile design Facebook created five years ago for a plugin that showed which of your friends liked a website, Messenger’s new read confirmations let you know at a glance who has seen your messages, as TechCrunch explained Friday.

In fact, you can watch your message status indicator change from ”sending” to “sent” to “delivered” and finally to “read”. I’m certainly glad they’re implementing this much-needed feature. As a heavy Messenger user, I like being able to tell visually when my message gets sent, delivered and seen.

Not only do read confirmations add a new layer to the experience, but also save time by distinguishing between instant messages that have not been seen yet and those that have been read but not responded to.

A quick demo video below shows off read receipts in Messenger.

As a nice bonus, these read receipts use your friends’ profile images instead of tiny gray text so you can more easily see who has seen what.

The new design with read receipts is rolling out on iOS and Android in Europe and the United States as we speak, and will go worldwide soon, the publication has learned.

The following holiday treats will be available over the holidays:

I’m liking the idea of a new festive frame.

It should admittedly do a nice job sprucing up my holiday selfies. As for the aforementioned animation that turns Chat Heads into little snow globes, it’s Android-only. 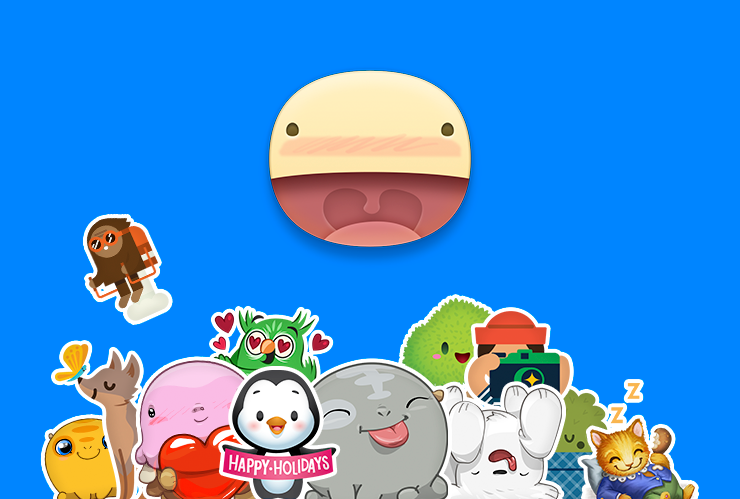 As mentioned before, Facebook engineers have been diligently improving both their server-side code and app code, resulting in an app that runs a lot faster and is more responsive.

“What were really want is Messenger to feel like the fastest and most reliable mobile messaging product,” Messenger Product Manager Lexy Franklin told TechCrunch. “We’ve done a lot of work on performance on the backend, reducing end-to-end latency…to improve efficiency on all device types.” 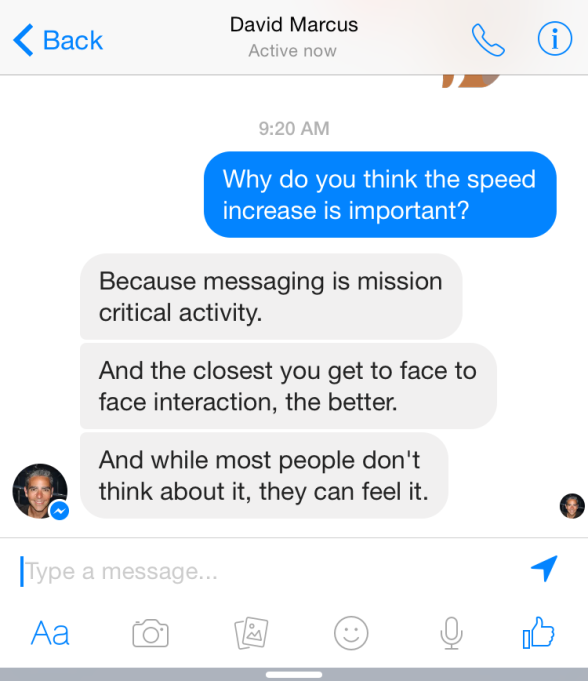 Facebook’s new Messenger lead, David Marcus, summed it up nicely, saying “while most people don’t think about it, they can feel it”.

And as we noted in a separate post, Facebook has just launched Stickered, a companion app for Messenger that makes it easy and fun to slap stickers on top of your images before sharing them with Messenger friends.

Lastly, that rumored money-sending feature in Messenger is still being worked on, with TechCrunch learning from a source that there will be a “$” button on Messenger’s compose screen that lets you send money to a friend.

So, who’s looking forward to seeing the new delivery confirmations in Messenger?