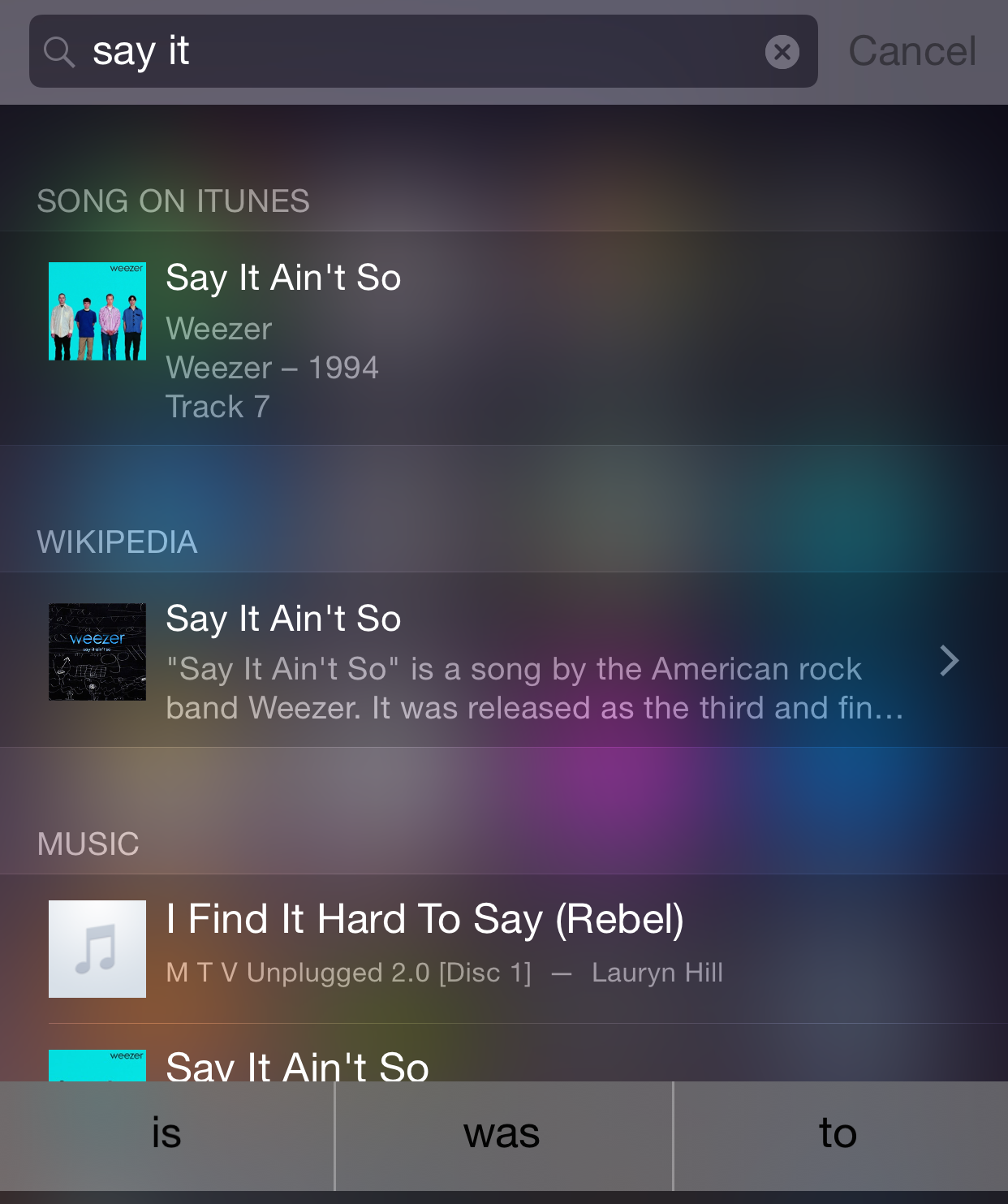 iOS 8 ushered in a new QuickType predictive text feature that is bolted on to the top of the keyboard. The purpose of the QuickType feature is to help you type faster by predicting the words you might use next. I find that QuickType is usually a hate it or love it feature, but some people swear by it.

For those of you who can’t live without QuickType, there’s a brand new jailbreak tweak that may garner your interest. It’s called SystemWidePredictiveText, and it enables the iOS 8 QuickType feature in places where it’s not normally available.

SystemWidePredictiveText is a tweak that’s available free of charge from the BigBoss repo. Once you install it, there are no options to configure or settings to manage; it just works…sort of.

Open up an area in iOS where the predictive text isn’t normally enabled—Spotlight search is a good example—and you’ll see the QuickType interface appear.

If you don’t see the QuickType interface, that means it’s been previously disabled. You’ll need to go into a normal app, enable predictive text, and then go back to the former non-supported app to see it appear.

Even with SystemWidePredictiveText, though, some areas still aren’t supported. For example, the address bar of the stock Safari app still prevents predictive text from being used.

The best example I can come up with is Spotlight search, which is showcased in the screenshot above, but I’m sure you’ll probably find more areas where this tweak comes in handy as well. Here’s hoping that an update will usher in support for more areas, because as it stands, it’s hard to exactly call the support “system wide”.

Share your experience with the tweak down below in the comments section.