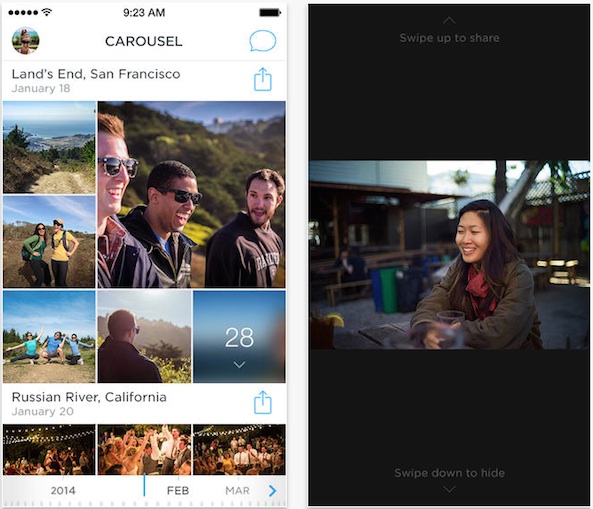 Carousel, the gallery app for all your Dropbox photos and videos, is useful and promising even though it’s been lacking some much-needed features.

On Wednesday, the Dropbox-owned app received a major refresh seeking to address some of key user complaints regarding the missing features. Introducing new ways to free up space on your device, Carousel can now remove photos and videos from your device that are already on Dropbox.

Moreover, the app has introduced albums, one of its most-requested features, so now you can organize your photos better on the iPhone and iPad.

Freeing up storage space on your device works by identifying on-device photos that are already backed up in Dropbox. The app offers to remove any duplicates found from your phone’s local storage.

Because it’s basically the gallery for all your Dropbox photos and videos, you’ll still be able to access assets that have been removed from your iPhone or iPad using the Carousel app or Dropbox’s web interface. 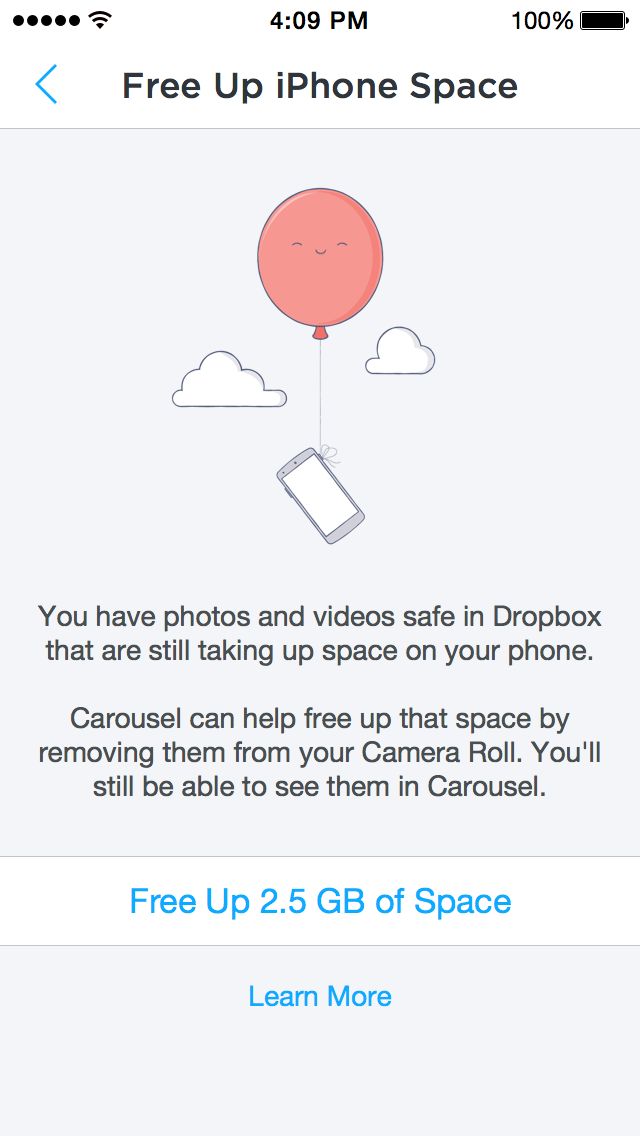 Carousel automatically sorts your photos by event to make reliving your memories simple.

And now with albums, Carousel has introduced flexibility by allowing you to group and organize your photos however you like and around whatever themes make you happy.

Lastly, the new Flashback feature (available in Settings) lets you relive the little moments of serendipity by surfacing your old photos from a few years back. The feature is based on a cool time wheel interface in which you swipe left and right on your timeline to scroll back and forth in time.

In its previous update, Carousel has gained a native interface on the iPad while making it easier to post photos from your Dropbox to Instagram and WhatsApp.

The 33.1-megabyte app requires an iPhone, iPod touch or iPad with iOS 7.0 or later and includes an option to upgrade you Dropbox storage to a 1-terabyte Pro plan with a one-time $99 annual subscription available through the In-App Purchase mechanism.