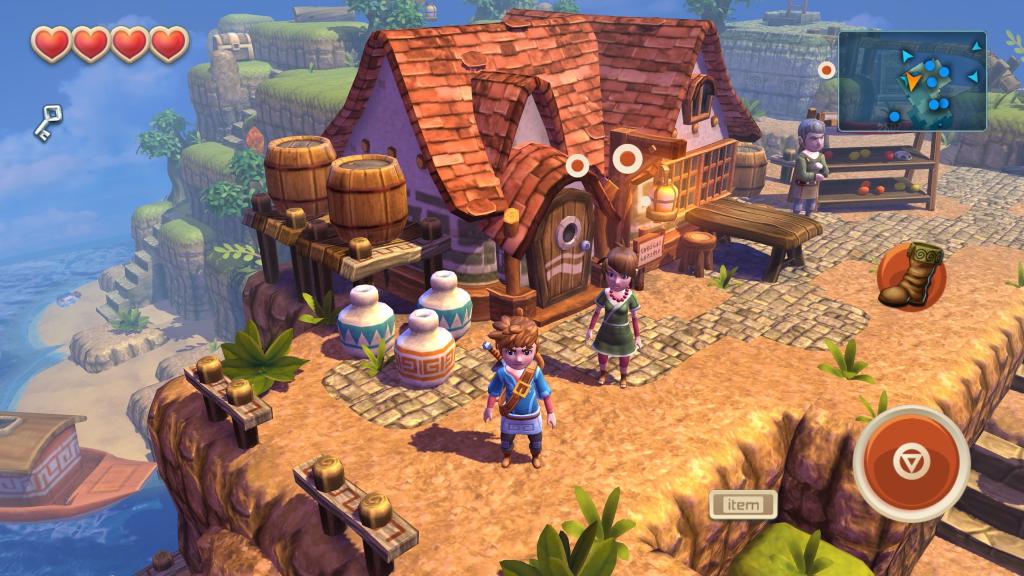 Ever since its November 2013 release, Oceanhorn hasn’t received a discount as its developer, Germany-based FDG Entertainment, has stuck to its original price of nine bucks.

Up until today, that is. In a limited anniversary sale, Oceanhorn is now available for five bucks a pop.

If you haven’t played Oceanhorn yet or heard about it, you’re wholeheartedly recommended to check out Lory’s review and grab this remarkable gem of a game before it goes back up to its normal price of nine bucks.

In Oceanhorn, you’re tasked with exploring the islands of Uncharted Seas. Along the way, you’ll be learning magic, fighting monsters and discovering ancient treasures to unravel the mysteries of ancient kingdom Arcadia and sea monster Oceanhorn.

Featuring Zelda-like atmosphere and heavily focused on exploration and solving light puzzles, Oceanhorn will bring a smile to your face as you begin to realize you can smash planters, chop weeds, throw barrels on enemies and move things around to discover secrets and solve puzzles. 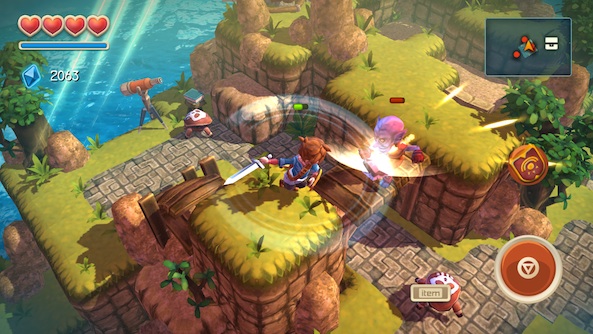 I’m loving attention to detail that shines in every aspect of Oceanhorn, be it stunning ocean animations, high-quality voiceover, crisp sound effects or the little touches like how it handles game saves.

I recently purchased the game and spent a few hours playing it on my iPhone. Then the other day I downloaded it to my iPad and started playing. 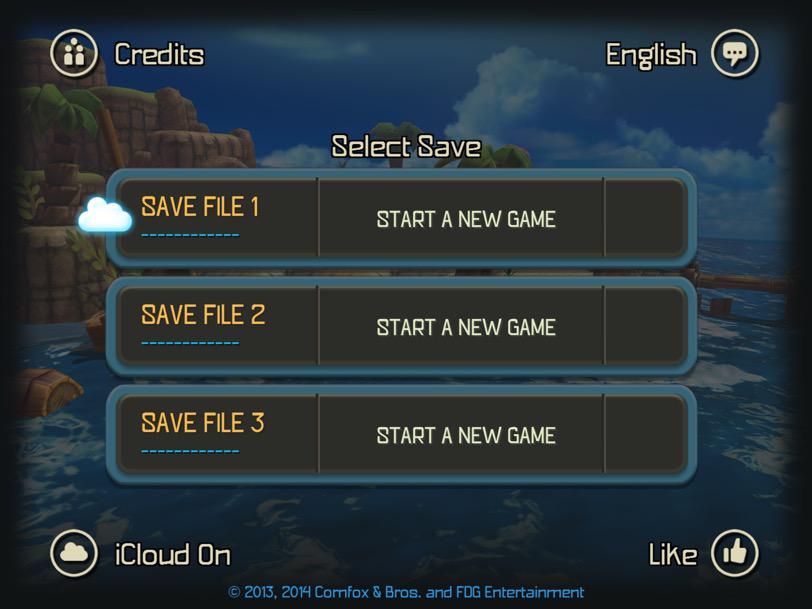 As soon as Oceanhorn detected an iCloud save file from my iPhone, it put a charming little cloud icon next to it and kindly asked whether I wanted to continue playing from my local save point or continue where I’d left off on my iPhone.

Other games would normally overwrite whatever local save file was on my device with an iCloud version, but Oceanhorn offered me a choice and it felt great.

Seriously, you’d be making a big mistake arguing that $5 is too much for this gorgeously presented Zelda-like action adventure game. 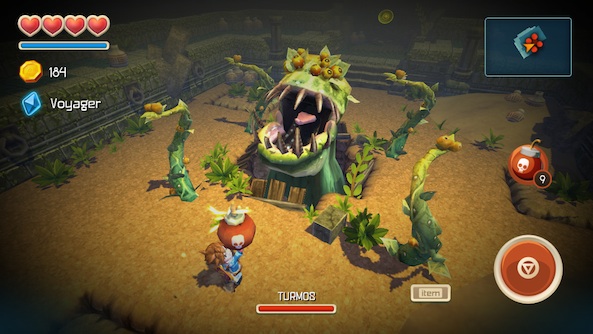 And earlier this week, it’s received a huge graphics update delivering four times the polygon count on the iPhone 6, iPhone 6 Plus and iPad Air 2 with improved lighting effects, ambient occlusion and jerk-free execution at a silky smooth 60 frames per second.

The soundtrack from Nobuo Uematsu and Kenji Ito is amazing, let me tell you that!

Perhaps most importantly, the game contains absolutely no In-App Purchases so you get exactly what you pay for, which is some truly massive action adventure content. That it has a 4.5 star rating from over 3,100 reviewers doesn’t hurt either.

Oceanhorn is $4.99 in the App Store for a limited time.