BurstGIF is a brand new jailbreak tweak that lets users convert burst photos into animated GIFs. Since burst photos capture large sequences of photos within a short time span, they are perfect candidates for GIF animations. BurstGIF isn’t without its shortcomings, but it’s one of the best options for converting your burst photography into animated masterpieces.

Next, venture into the Photos app and open your burst photo. From there, tap the Select button at the bottom of the screen to select the picture that you wish to include in your animation. Unfortunately, you’ll have to manually select each photo to include in the animation, which is one of the serious shortcoming of this tweak. If your burst is large, it’ll take you a while to select all of the photos manually.

Once you select all of the desired photos, tap the Done button in the upper right-hand corner to load the Export Settings for the burst. From there, you can enable the Export to GIF switch, select the frame rate for the animation, album name, etc. 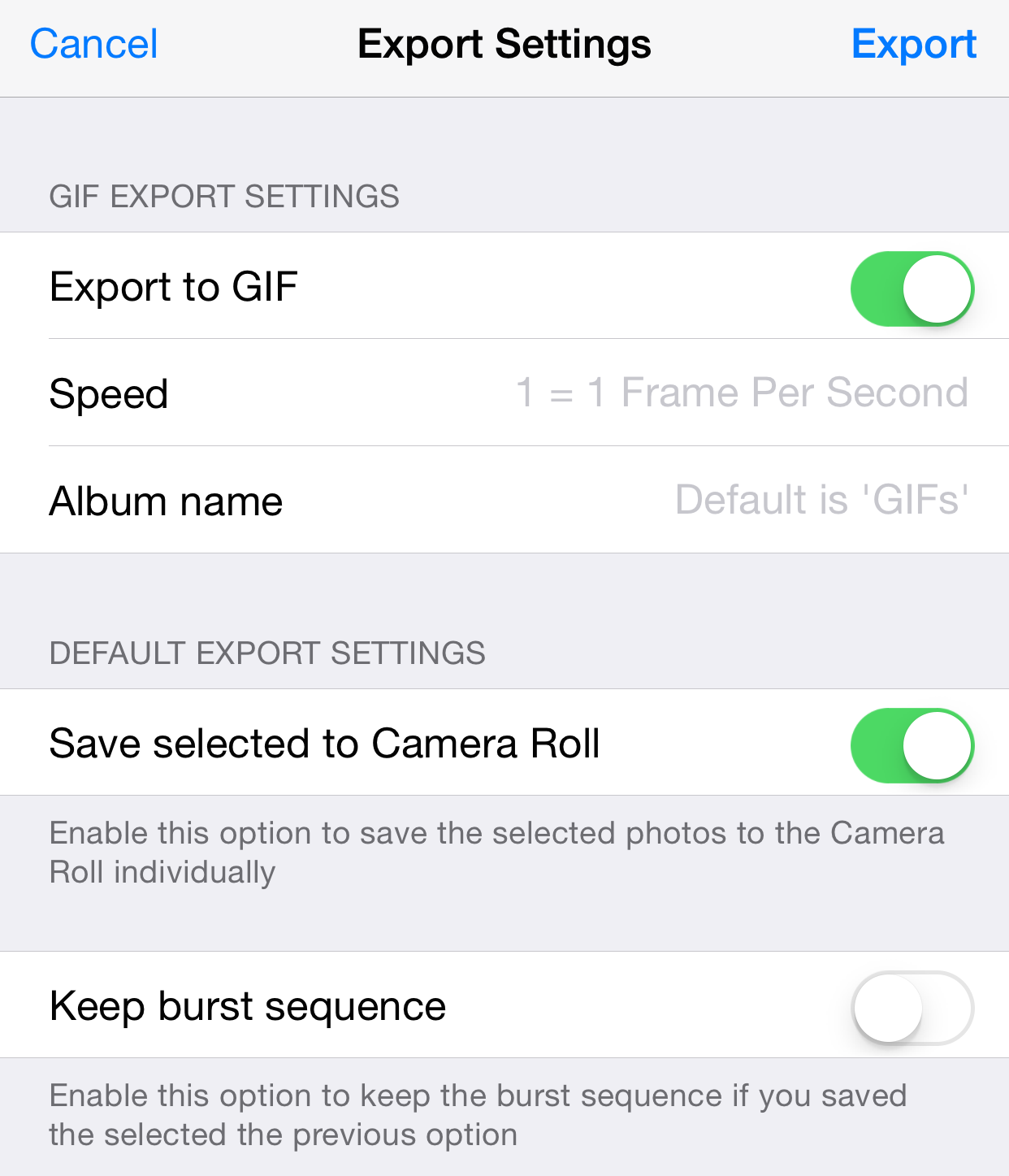 Once you actually export the animation, you won’t be able to view it by default in the stock Photos app—another shortcoming of this tweak. To view the animation from within the Photos app, you’ll need to purchase GIFViewer, another jailbreak tweak available on Cydia’s BigBoss repo, for $0.99.

After jumping through all of the necessary hoops, the end result is a solid GIF animation. Unfortunately, there’s no way to determine the size of the animation and other animation parameters. The size defaults to 150px, which is on the anaemic side.

That all being said, BurstGIF is an innovative tweak and a good idea. With a little polish and TLC, it could blossom into something greater. What do you think?