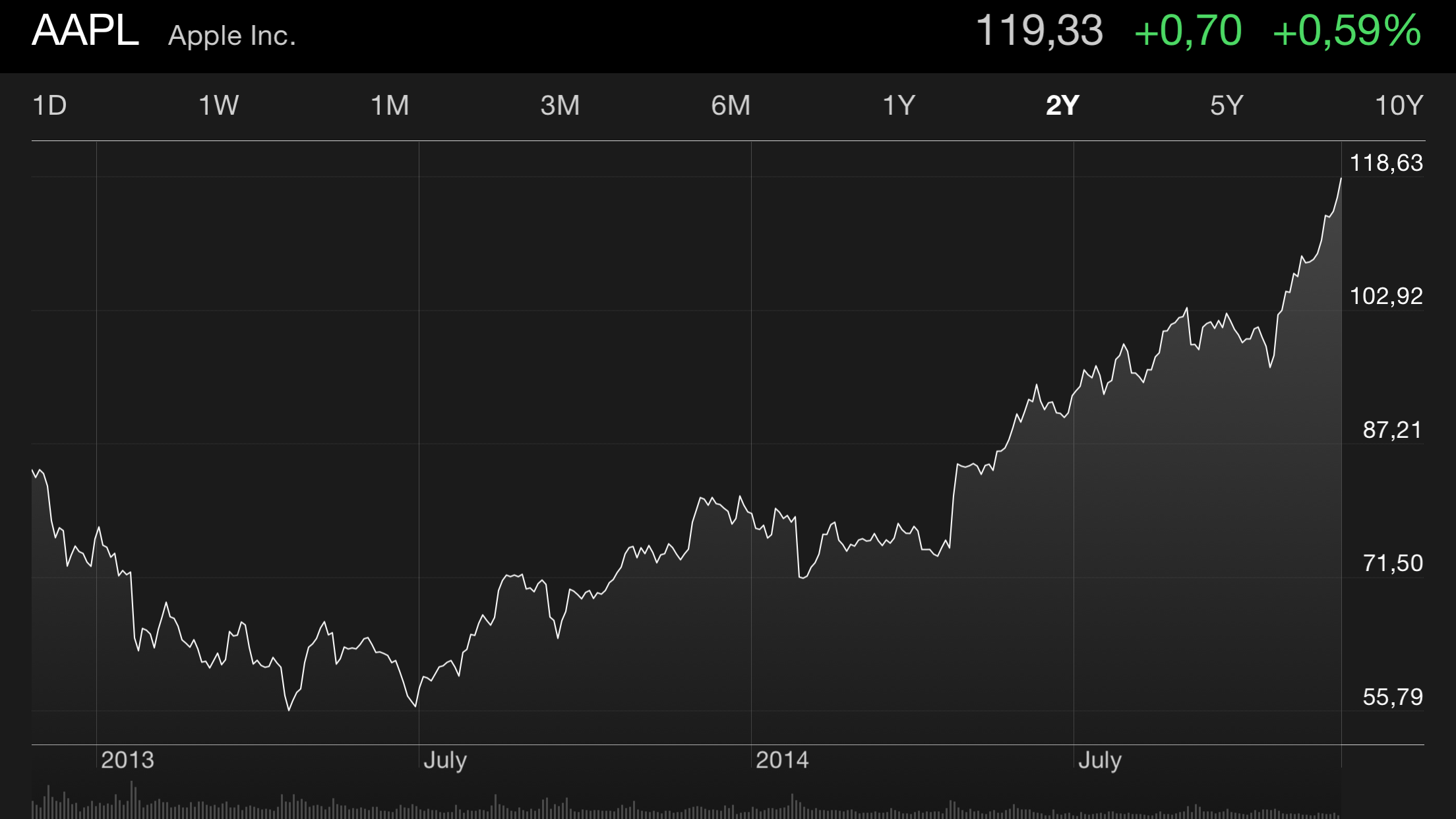 Apple’s market capitalization has hit a new milestone, going up 0.8 percent shortly after the market opened Tuesday morning and reaching a market value of nearly $702 billion, higher than any U.S. company in history. By comparison, its previous record market capitalization hit $658 billion in September 2012.

The stock has been rising steadily over the past few months and has picked up speed after the company posted record opening weekend sales for the new iPhones in September and investors reacted positively to the Apple Watch and other new products Tim Cook & Co. unloaded as part of the massive Fall product refresh.

AAPL rose 60 percent in the past year and is now up 135 percent since Tim Cook succeeded Steve Jobs as CEO in August 2011.

Shares of AAPL are trading at an all-time high this morning, nearly at $120 per share. Microsoft’s market value stood at $394 billion as of Tuesday and rival Google’s was sitting at $367 billion. The oil giant Exxon Mobil, which used to be the world’s most valuable company, is currently worth about $405 billion.

It’s interesting that the combined market value of Amazon ($155 billion), IBM ($161 billion) and Hewlett-Packard ($71 billion) is $387 billion, or just slightly more than half the Apple’s market cap as of Tuesday.

At any rate, Apple appears to be embarked on becoming the world’s first $1 trillion technology company. And with market value of more than $700 billion, AAPL is now worth to investors ten Hewlett-Packards or more than a hundred Blackberries.

KGI Securities analyst Ming-Chi Kuo in a new report to investors yesterday estimated iPhone sales will hit an astounding 71.5 million during the all-important three-month holiday period before cooling off in the first quarter of next year.

For some context, Apple sold 51 million iPhones in the year-ago holiday quarter. During its most recent reported quarter, the company earned $8.5 billion in profit on sales of 39 million iPhones and a record 5.5 million Macs.