I use FaceTime on a daily basis and have always hated it wouldn’t let me save calls to my Mac in the form of a media file. Surely Apple could have implemented such a feature if they wanted, but they didn’t and I think privacy is a big part of that.

If for whatever reason you need to record FaceTime calls to a Mac, Call Recorder by Ken and Glen Aspeslagh, twin brothers from Massachusetts, has you covered.

The app creates a QuickTime movie file containing an audio track for audio-only calls and a video track for FaceTime video calls. QuickTime is an industry-standard multimedia container, meaning you can play your saved video and audio chats pretty much anywhere, convert the files to other formats in software like iMovie or Adobe After Effects, upload them to YouTube and more.

The handy FaceTime add-on records both sides of the call, side-by-side. And if you’re handing off a cellular call from an iPhone to your Mac, Call Recorder can handle that as well.

Call Recorder couldn’t be simpler: upon installing the app, a recording window gets automatically added to FaceTime on your Mac. 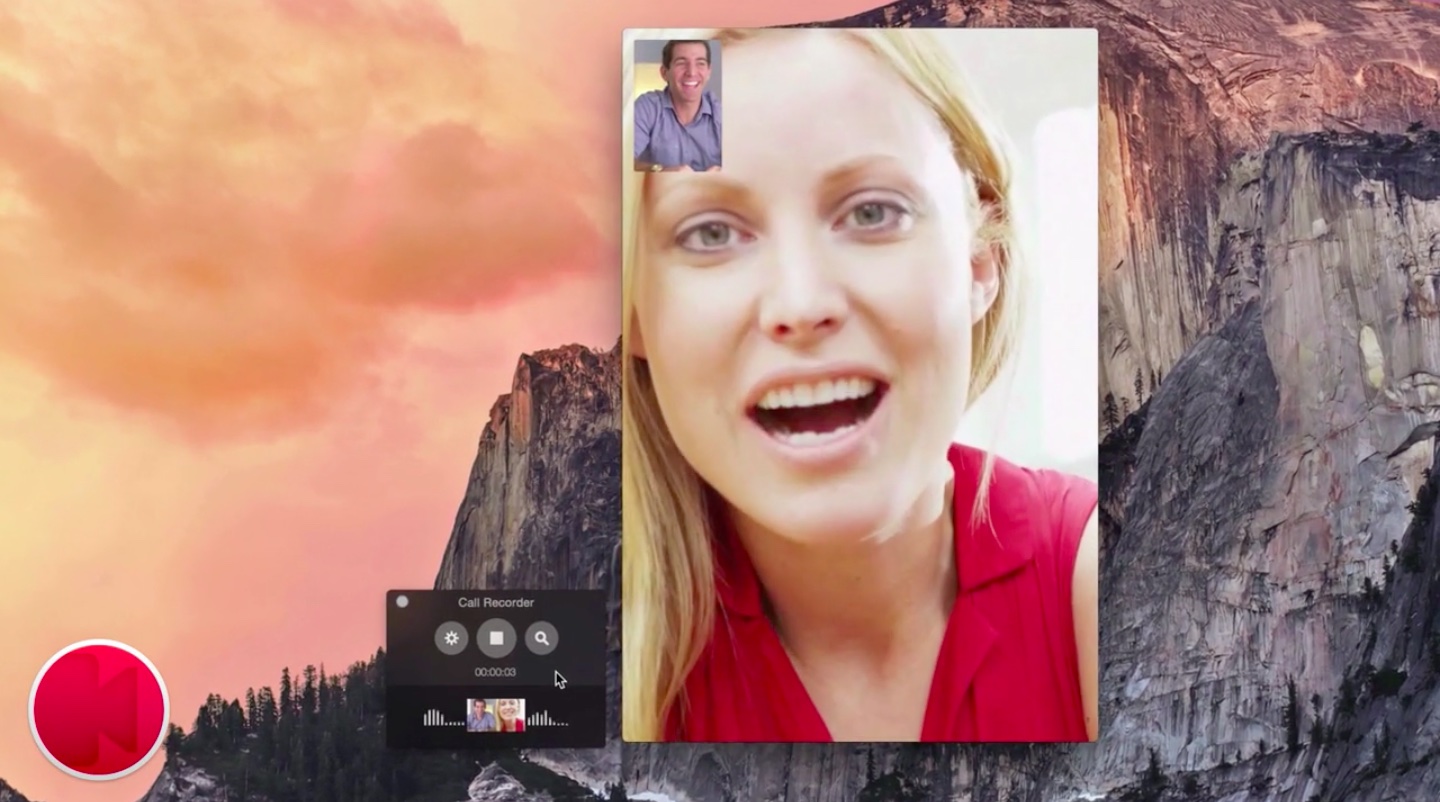 If a call comes in and you’d like to record it, first accept the call and then hit the Record button to start capturing a video or audio to a folder on your computer.

Clicking the gear icon in the Call Recorder window reveals a few handy options available in the settings interface. For starters, you can tell the app to record calls automatically or discard ones shorter than x seconds. Other options include choosing a format for video and setting your destination folder. 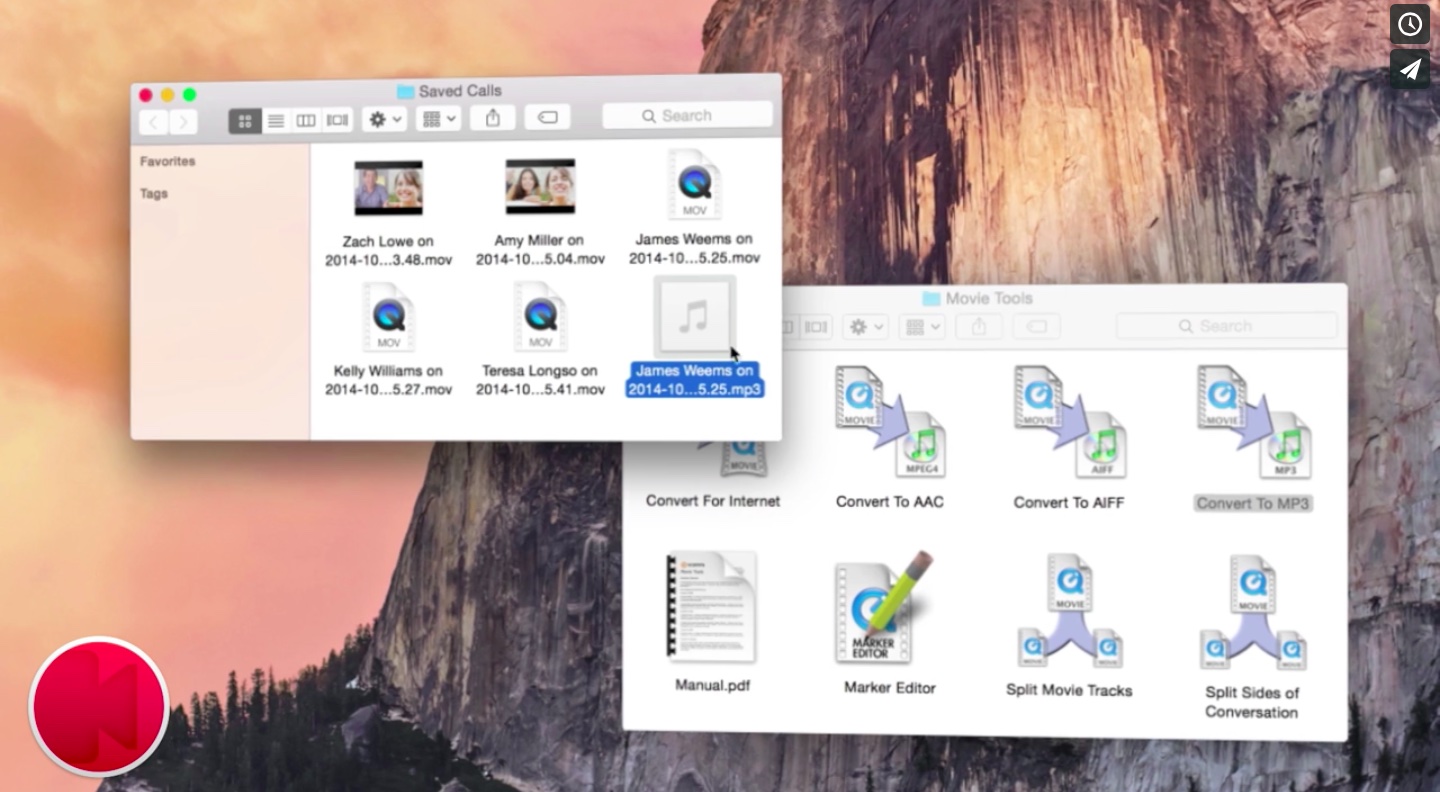 Video calls can be recorded in high-definition 720p or in a lower 640-by-360 pixel resolution. The choice between 720p and the lower-res format is dependent on a number of factors such as hardware capabilities of your Mac, network conditions, the speed of your and your contact’s Internet connection and what not.

Call Recorder requires a Mac running OS X 10.8 or newer and FaceTime for Mac. The app costs $29.95 and can be purchased through the Ecamm website. As you may have guessed already, Call Recorder is not available through the Mac App Store because it breaks Apple’s rules pertaining to sandboxed apps.

A demo version is available here.

Call Recorder demo unlocks all the features for seven days and puts a demo message across the recorded video, but that shouldn’t be a major concern if you’re only test-driving the software before buying.

Note that the watermark cannot be removed from the video portion of calls made with the demo version, even if you upgrade to the full version. The Call Recorder installer will put another app in your Applications folder, called Convert To MP3.

Use it to convert your recorded FaceTime audio calls into MP3 files: just drag a recorded QuickTime file to the Convert to MP3 icon and a corresponding MP3 file will be created in the same folder as the original. The utility uses iTunes to perform the conversion.

What do you think about Call Recorder?

I’ll be using it a lot for interviews and imagine podcasters and YouTubbers alike will be be tempted to take a closer look at Call Recorder.

By the way, should you need to record a video of yourself using your Mac’s FaceTime camera, simply use the audio, movie and screen recording features available in Yosemite’s QuickTime Player.