Everest is a recently released jailbreak tweak that allows you to control your music via banner notifications invoked by an Activator gesture. Along with the stock Music app, you can use Everest to control music from Spotify.

If you’re looking for an alternative to controlling your music with Control Center, then Everest is a legitimate option. Have a look at our video walkthrough inside to see what I mean.

After installing Everest, head over to the stock Settings app to configure things. There, you’ll find a kill switch, a section to establish an Activator gesture, and other pertinent options. 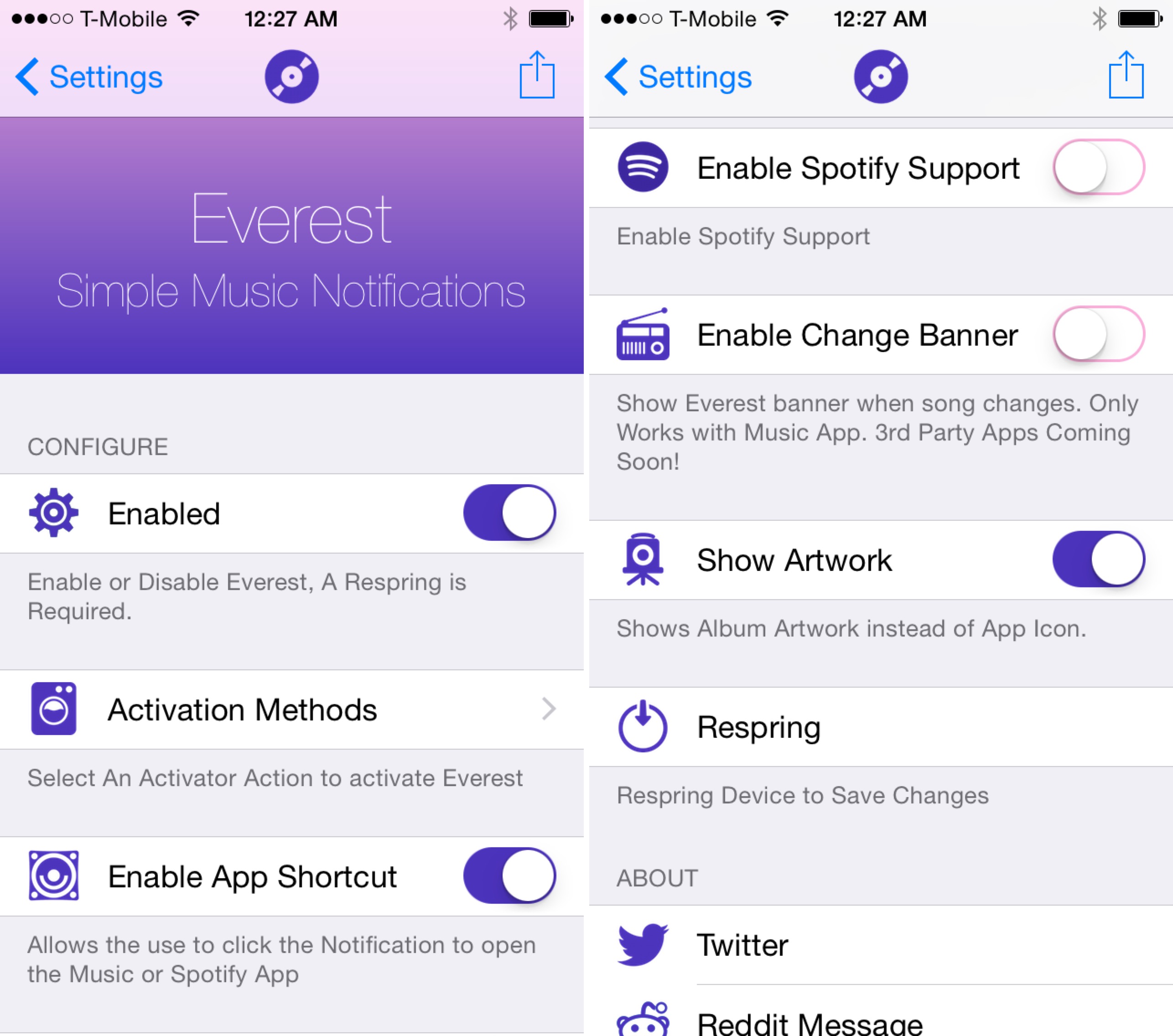 Everest’s preferences allow you to enable an app shortcut, which causes the Music app or Spotify app to open upon tapping the banner notification. You can also use the preferences to enable Spotify support, show the banner upon song change, and display album artwork instead of the Music or Spotify app icon. You’ll need to respring when making any of these changes, but there’s a handy respring link at the bottom of the page.

You can use the banner notifications that appear after invoking the tweak via Activator to control music playback. For example, you can tap the pause button on the notification to pause music, or the play button to play music. You can also swipe left or right on the banner to skip and go back to the previous track.

While I see the usefulness of such a tweak in practice, it’s hard not to see the redundancy when considering the functionality of Control Center. Everest overlaps a lot of the Control Center functionality, which may cause some to question their need for the tweak.

What do you think? You can try Everest for $0.99 on Cydia’s BigBoss repo. Sound off with your thoughts on the tweak in the comments section.