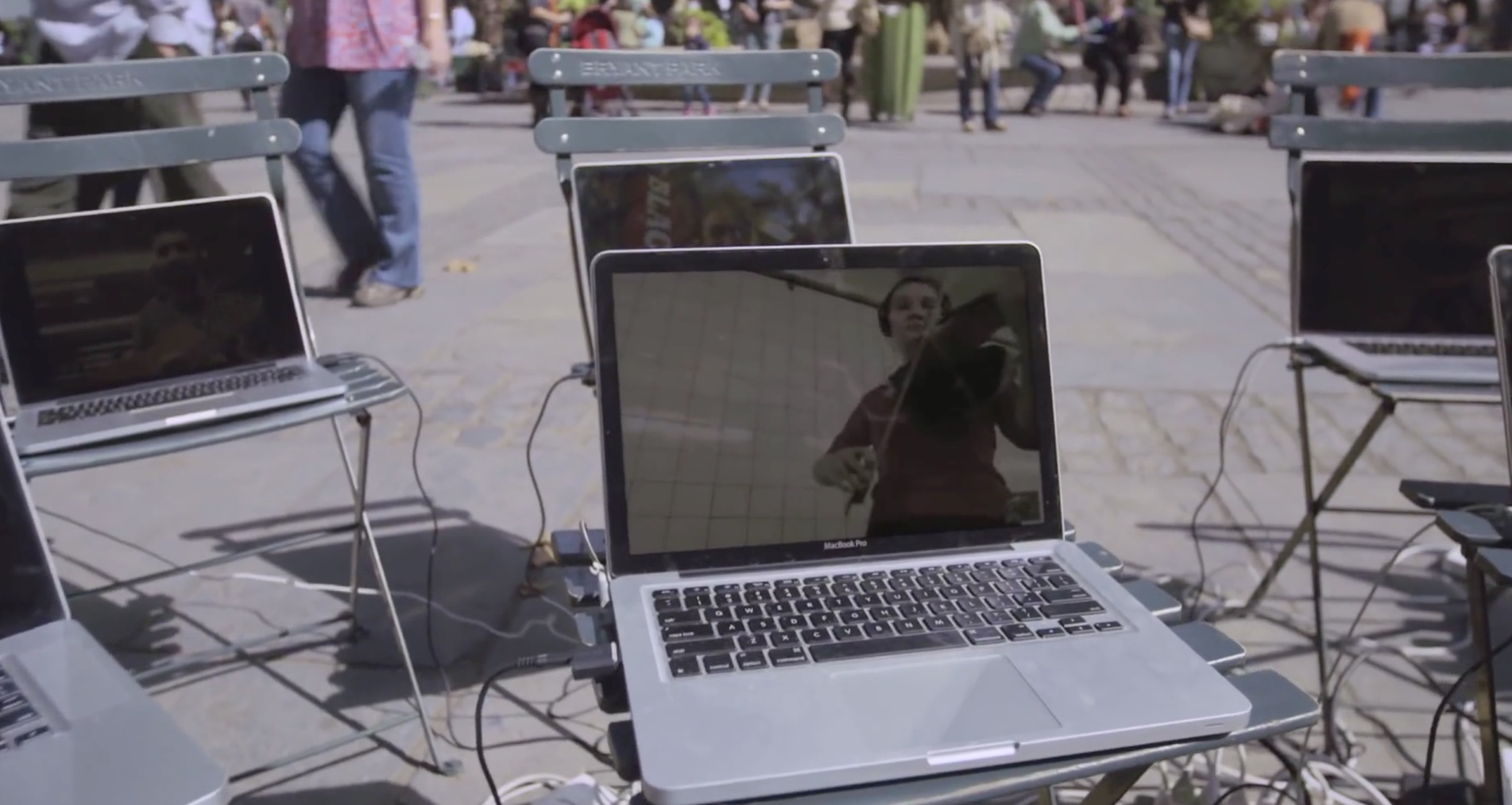 Microsoft Canada on Friday published an interesting commercial on its Facebook Page depicting “the world’s first wireless orchestra” comprised of New York City’s celebrated subway musicians kept in sync with a remote conductor thanks to Skype.

The video features a bunch of Apple’s MacBook Pro notebooks that run the Skype software, while iPhones make a few notable appearances as well.

Someone in Cupertino should send marketing wizards in Redmond a thank you note for advertising for Apple.

“We searched NYC for a variety of subway musicians to unite for a live experiment,” explains the firm. “We stationed them at nine different subway stops with Wi/Fi and had them simultaneously connect to composer Ljova.”

The composer then led the orchestra in a performance of “Signal Strength,” an original piece he wrote for them. Check out the world’s first wireless orchestra in Microsoft’s Skype ad below.

The point of the ad is not Apple, it’s Skype and its low-latency video chatting capabilities. Speaking of Skype, Microsoft just announced a web version of Skype with chatting, audio and video running directly in any modern desktop browser, no plug-in needed.

I like that the musicians in the ad are all using iPhones. In fact, I challenge you to find a single non-Apple device in the commercial, Bose headphones excluded.

[Microsoft Canada on Facebook, Skype Blog via Cult of Mac]