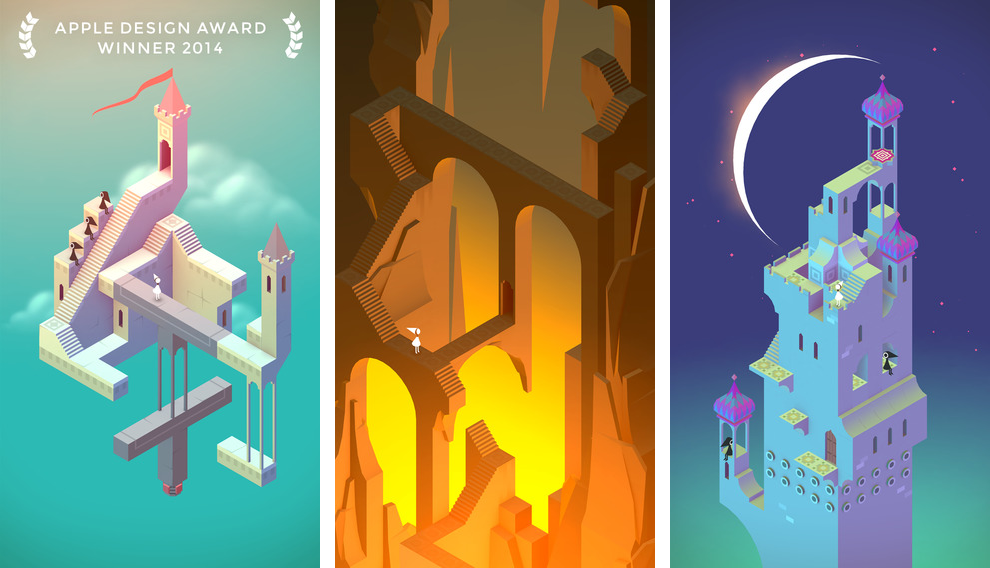 As promised, a ‘Forgotten Shores’ expansion for the acclaimed puzzler Monument Valley, an Apple Design Award winner, is now available in the App Store, delivering eight brand new levels on top of the original ten levels.

The new levels have been added between the penultimate and final levels of the game. Unfortunately, this isn’t a free update as developer Ustwo Games is providing Forgotten Shores as a $1.99 In-App Purchase.

The new levels provide a deeper dive into the emotional story of Ida and her amiable friend, the totem. The basics of interaction are the same, “but there are more steps you have to perform,” says Monument Valley’s Technology Director Peter Pashley.

The new levels bring richly-hued monuments with more detail and emphasis on the landscapes containing the monuments, like waterfalls and lava pits.

As you can seen, the environments are more complex, the architecture is way more ambitious and there’s a twist to game mechanics requiring players to control both Ida and the totem.

The new chapters have been long in the making, some would say way too long. So why does it take so long to create new levels?

According to Ustwo, each level in Monument Valley has been meticulously designed to stand on its own because they wanted to avoid adding filler content just to boost value. 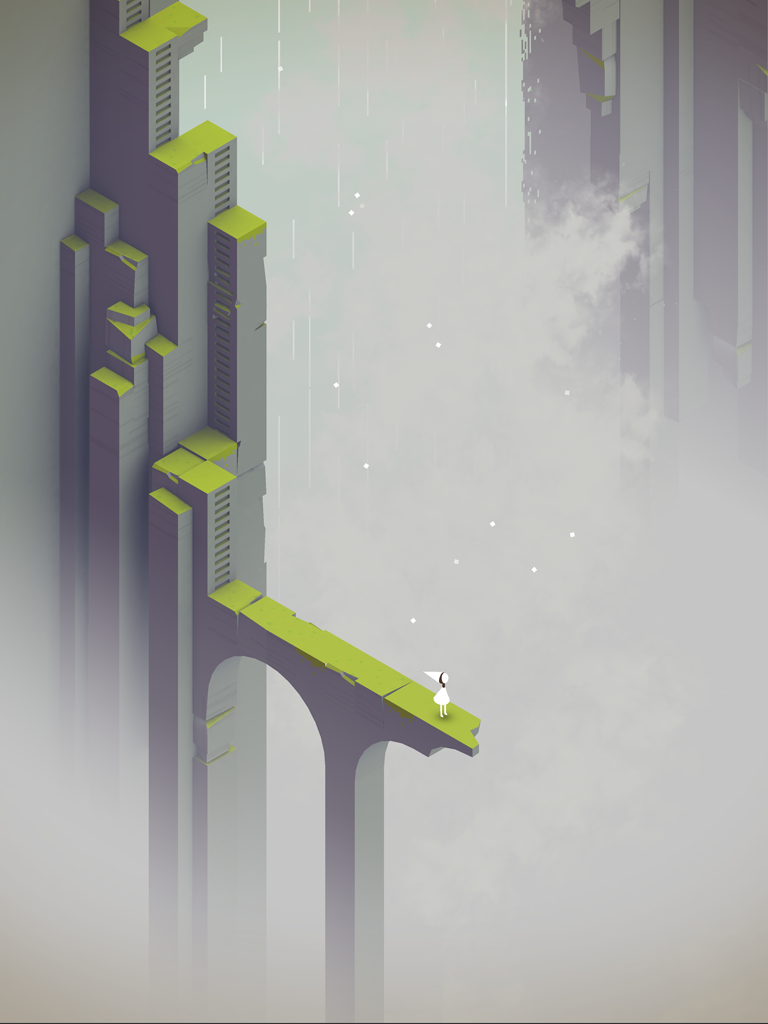 With each level having a distinct and separate theme as well as gameplay mechanic or story beat to get across, creating new chapters takes time especially if you want the player to wonder what’s going to come next.

“We need to come up with entirely new puzzles, mechanics, story beats and architectural styles,” developers explain. “We need to create them in the game engine, test them, make them beautiful. It takes time to achieve an elegant balance of interaction, beauty and storytelling.”

Monument Valley was quite well received since its iOS debut in April. The game topped one million downloads in just two months and has since made its way onto Android.

For those unfamiliar with Monument Valley, this unique puzzler has you manipulating impossible architecture and guiding a silent princess named Ida through a dreamy world enriched with mysterious monuments, hidden paths and optical illusions.

Forgotten Shores will be “coming soon” to Google Play and Amazon Appstore.

The 264-megabyte download requires an iPhone, iPod touch or iPad with iOS 6.0 or later and features native display support for the iPhone 6 and iPhone 6 Plus.