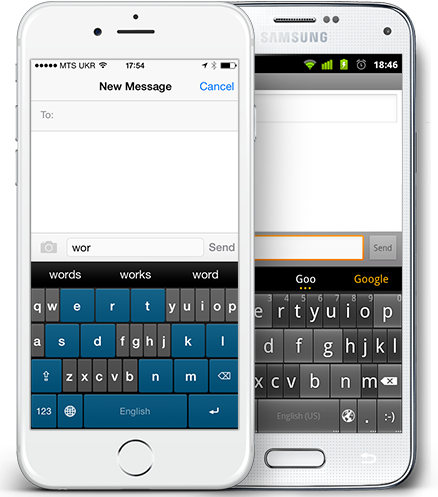 Named ThickButtons, it helps big-fingered users type more efficiently by using patented technology which enlarges and highlights keys you’ll most likely press next while shrinking the remaining ones to reduce the chance of making an error.

Such an input method arguably makes typing with one finger more accurate, especially on four-inch iPhones. The software doesn’t require additional training and doesn’t depend on dictionary.

ThickButtons lets you type on the same QWERTY keyboard you know and love while using simple names, abbreviation and corrections to auto-complete your entries.

The app lacks a built-in dictionary to avoid making typing irritating due to the acronyms or misspelled words forcing you to re-type the entire word from scratch. Instead, ThickButtons helps correct your mistakes by enlarging three adjacent keys to the pressed key if the user presses the Backspace key.

You can customizable key size to your liking, disable highlighting, set the keyboard height and choose among a myriad of themes in the ThickButtons app.

The app learns your typing habits and with the dynamically changing keys, it can improve your typing speed and accuracy though it admittedly takes some getting used to.

My only gripe with ThickButtons is that it’s slower than the default iPhone keyboard, much slower, so here’s hoping a future update makes typing a more responsive affair.

The iOS 8-only app is compatible with iPhone, iPod touch and iPad devices and is localized in 32 languages. It’s also available on Android via Google’s Play store where it recently passed a million downloads since its March 2013 debut.

You can download ThickButtons for $1.99 in the App Store.