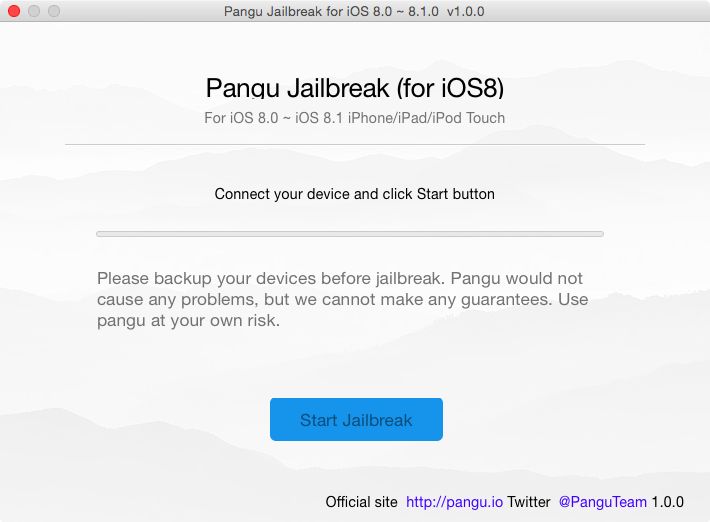 The Pangu Team has finally released Pangu for Mac, a utility to jailbreak iOS 8 to iOS 8.1 devices on Mac today. The tool comes roughly two weeks after the release of the Windows version of the tool.

The Pangu jailbreak utility has had its fair share of problems since it was released on October 22 but it’s now stable enough to be given the green light by no less than saurik, the man behind the Cydia installer.

iOS 8.1.1 beta which was seeded to developers last week fixes the exploits used by Pangu, so if you do want to jailbreak your device, it is suggested you do so sooner than later.

As always, you can download Pangu for Mac from our Downloads section on iDB.