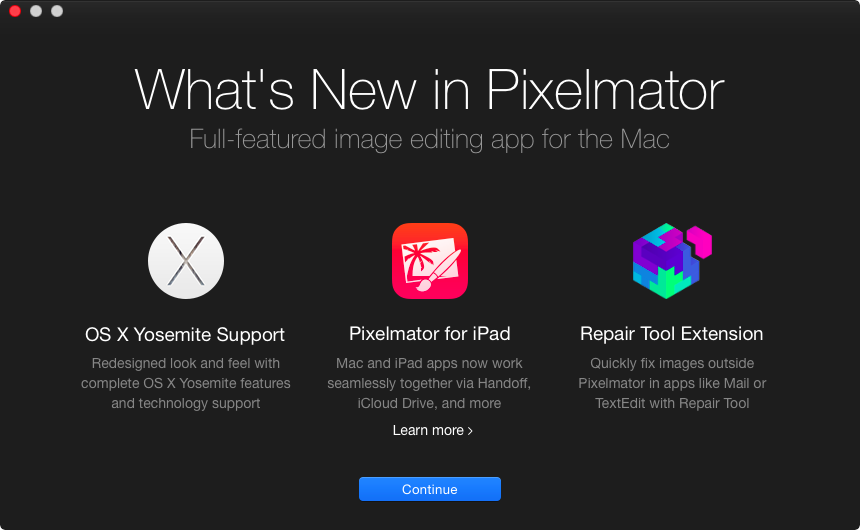 Pixelmator, the popular Photoshop alternative for the Mac and iPad, on Thursday refreshed its desktop application with several improvements and enhancements.

Now available in the Mac App Store as a free update to existing users, the new Pixelmator 3.3 ‘Limestone’ offers a redesigned user interface and a new Repair Tool extension allowing you to quickly fix images in other Mac apps like Mail or TextEdit, without even having to open Pixelmator.

You can now store and access  your images on all devices via iCloud Drive and pick up in Pixelmator for iPad right where you left on the Mac with Handoff. The app also features a redesigned user interface, full OS X Yosemite and Pixelmator for iPad support and more.

The team has flattened the icon so it now looks right at home in Yosemite’s Dock.

I’m tremendously excited about Handoff support and Pixelmator’s Extension. Because Pixelmator is available for the iPad, too, you can now switch instantly between Pixelmator for the Mac and iPad, provided Bluetooth is enabled and you’re on iOS 8 and Yosemite.

A quick backgrounder: OS X Yosemite, just like iOS 8, supports Extensions that allow apps to advertise some of their functionality to the operating system for use in other applications.

It allows Pixelmator’s Repair Tool to be available in other apps like Mail or TextEdit so you can perform quick touch ups like removing objects and repairing images right in the app you are using, without even having to open Pixelmator. Just add your picture to the message or document and use the extension tool to enhance it. 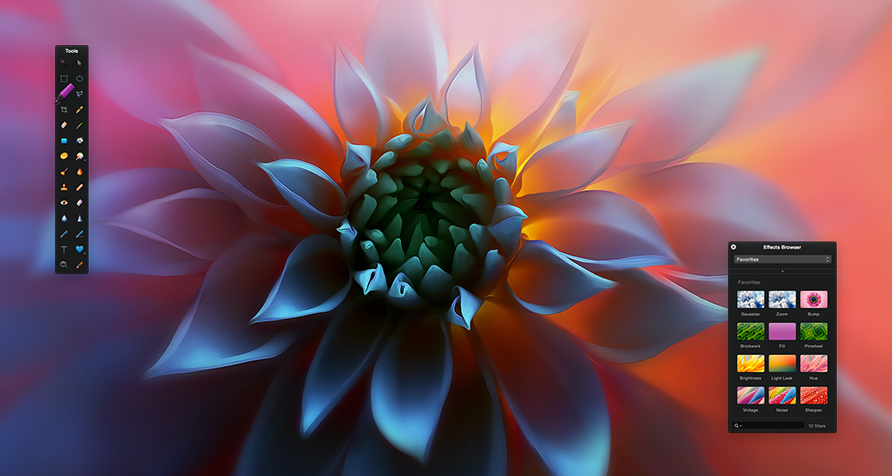 Last but not least, they’ve enhanced Pixelmator’s file format “for completely seamless editing experience” and included a number of improvements and fixes related to stability and reliability.

Pixelmator requires an Intel-based Mac with OS X 10.9.1 or later.