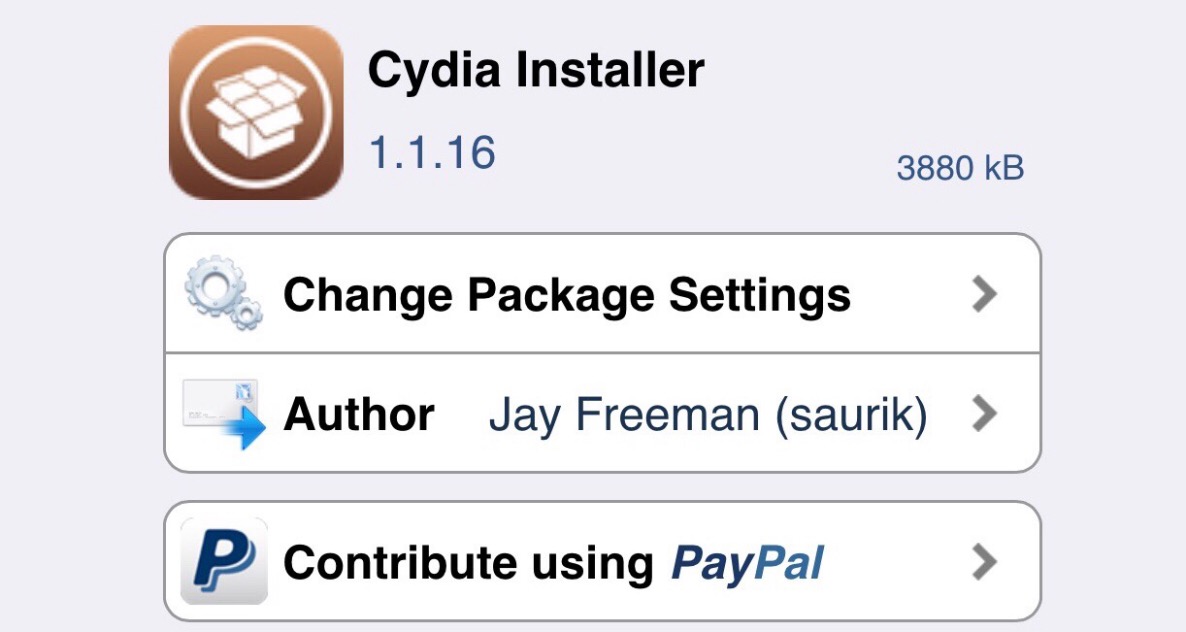 Once again, Saurik has pushed an update for Cydia Installer. This update provides several important bug fixes that makes it a must-update for anyone who is currently jailbroken.

In this update, you’ll find a bug fix for the previous Cydia releases related to iTunes backup restores, iOS 8 multitasking timeouts, App Store redirects, and more. Check out the full change log after the break.

This update fixes an important bug in Cydia 1.1.14 and 1.1.15 on iOS 8: if you used “restore from backup” in iTunes after your first use of Cydia, you needed to reinstall this package to make sure your device could safely reboot with a passcode enabled.

It should now be OK to use the iTunes “restore from backup” feature without needing to then reinstall Cydia Installer afterward to avoid reboot problems.

Cydia automatically refreshes the package catalog if it was suspended too long. This timeout is now set to 15 minutes. It had previously been only 15 seconds, because that’s what I was using to test this feature, and I forgot to change it back. (Doh.)

The initial version of this feature turned out to only be partially effective: we have done wider testing and have improved our iTunes URL detection.

Apparently, logging in to an account on an iPad would not reload the login dialog, making it seem like you needed to log in again?! This is now fixed.

As you can see, this is a fairly large update to Cydia. Props to Saurik for putting in so much work in such a short turnaround time.

While most of the fixes addressed in this update have little bearing on my personal usage of Cydia, I do appreciate the update to the timeout setting for Cydia package refreshes. I find the multitasking to work much better now due to the 15 minute increment adjustment.

Have you updated to actually 1.1.16 yet? If so, has it fixed any of your issues? Drop us a line down below in the comments with your thoughts and opinions.