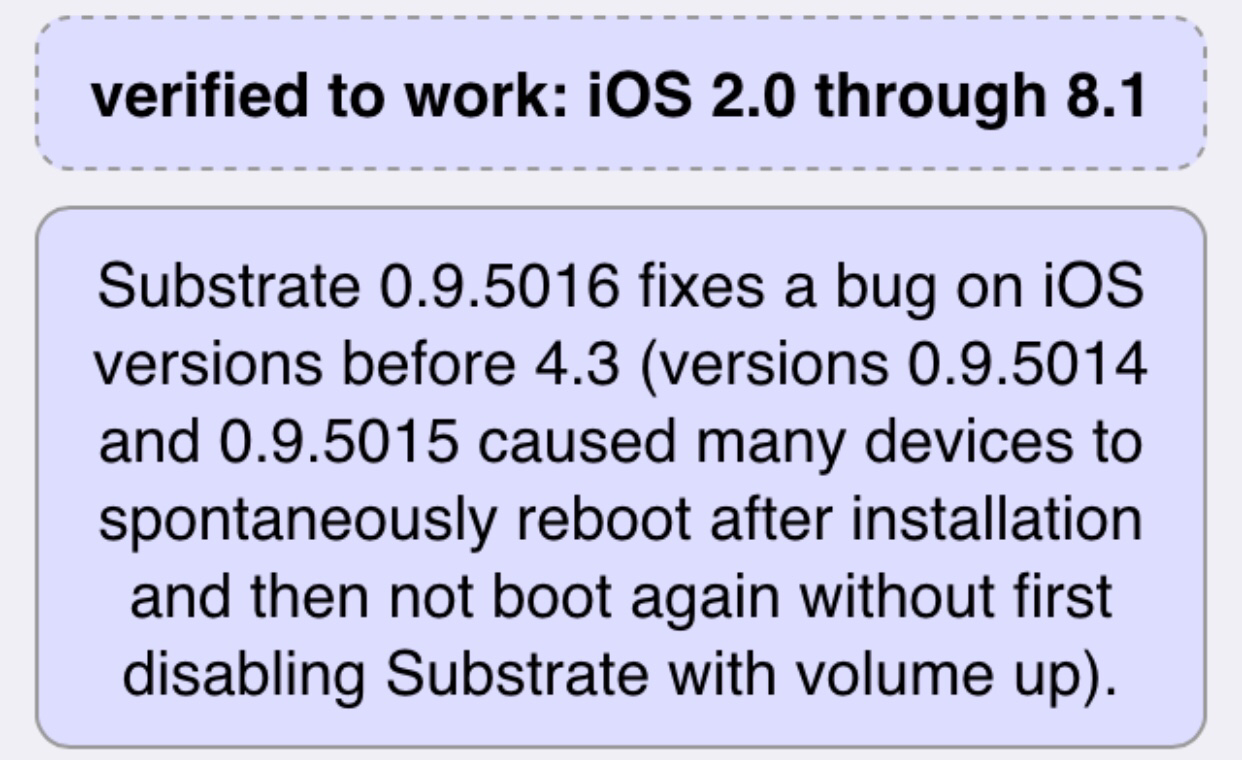 Are you keeping it old school and running a jailbroken iPhone on firmware below iOS 4.3? If so, then you’ll definitely want to update to the latest version of Cydia Substrate.

Substrate 0.9.5016 fixes a bug introduced with the previous two Substrate releases. Have a look at Saurik’s change log after the break.

Substrate 0.9.5016 fixes a bug on iOS versions before 4.3 (versions 0.9.5014 and 0.9.5015 caused many devices to spontaneously reboot after installation and then not boot again without first disabling Substrate with volume up).

This is an impressive look at just how well Cydia is designed to be backward compatible with earlier iOS firmware. Many App Store developers have long since dropped support for early iOS versions, but Saurik provides support for even some of the earliest iOS firmware, like iOS 2!

Even if this change doesn’t affect you, you have to be impressed by the diligence it takes to keep Cydia working on all iOS firmware. With that in mind, are any of you still running Cydia on a device with earlier firmware than iOS 4.3? If so, please leave a comment below.