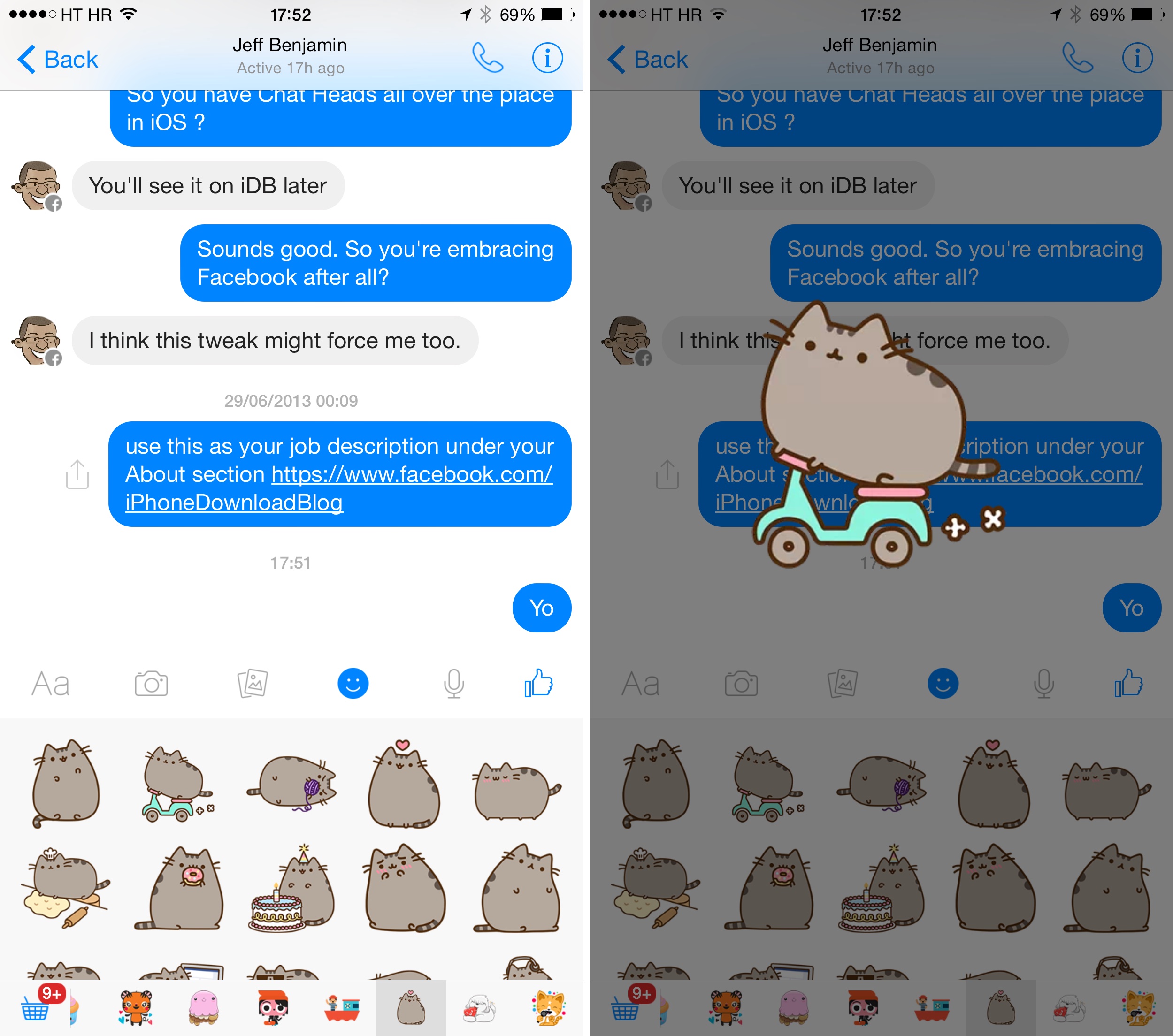 The social networking giant Facebook on Wednesday pushed a small update to its Messenger client for the iPhone and iPad which lets you preview sticker animations.

Facebook Messenger 12.0 (what’s up with version numbers, Facebook?) allows you to press and hold down on a sticker to expand it and view any animations before sending it.

The app is available free in the App Store.

Pro tip: with your finger held down, drag it over the other stickers to quickly preview the animations, as depicted top of post.

Now, I’ve been keeping my fingers crossed for a feature like this ever since Messenger rolled out stickers.

Stickers are here to stay and I’m using them on a regular basis to express my feelings during chat sessions, but it’s always bothered me that I couldn’t preview the animations before sending a sticker.

And with so many stickers available in Messenger, I just don’t want to force myself to remember the intricacies of various stickers and their animations so I’ll be using this feature a lot.

Oh, and in case you didn’t get the memo, Messenger also lets you draw doodles and create fun captions for your photos. And if the rumors pan out, you will soon be able to transfer money through Messenger.

Facebook Messenger, a 42.7-megabyte download, is available on any iPhone, iPod touch or iPad with iOS 7.0 or later. The app was refreshed a month ago with support for the new iPhone display sizes.