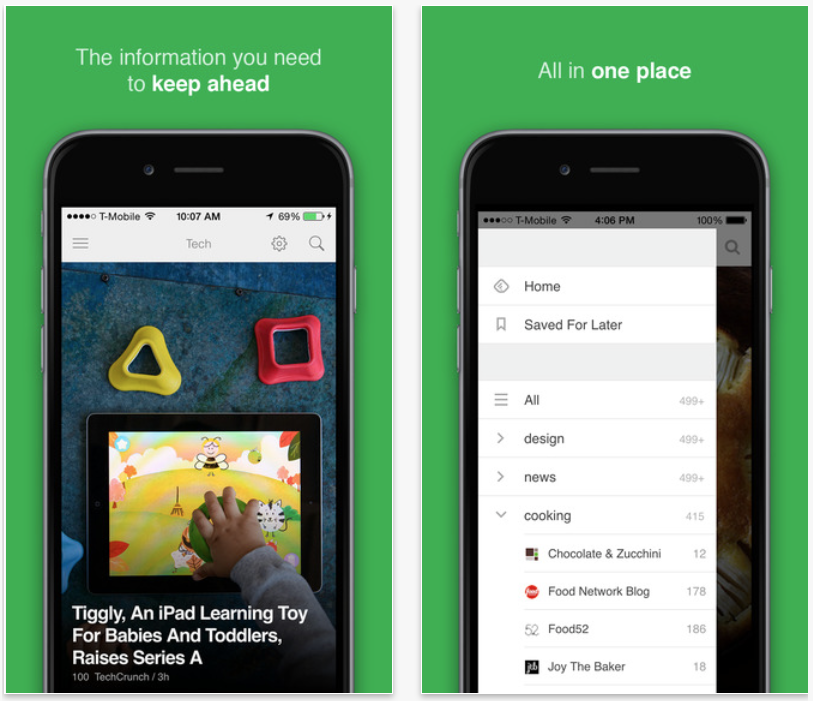 Popular RSS service Feedly has posted an update for its iOS app, bringing the client to version 24.0. The update brings about support for the higher resolution displays of the iPhone 6 and 6 Plus, as well as the ability to tag articles in-app.

Both of these changes are welcomed improvements, considering the larger iPhones have been out for more than a month now, and Feedly users have long been requesting that the team add the ability to organize content in the app via tags.

Additionally, the update brings support for the just-introduced ‘collection sharing’ feature, which allows users to easily share the sites they read with others. From the app, you can send links using one of several services, including Evernote.

As a fast, reliable RSS aggregator, Feedly is one of the companies that really profited from the Google Reader shutdown last year. I’m not a huge fan of the mobile app, but I do use the service to keep my RSS feeds in sync with other readers.

If you want to check out Feedly Reader, you can find it in the App Store for free.