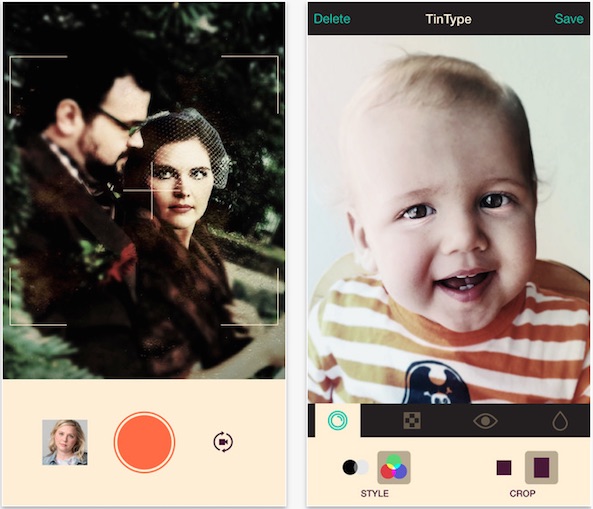 When I was a kid, I would dig around in my grandmother’s box of old photographs. I distinctly remember the first time I came across a tintype picture. It was so unusual. Not just because of the silly knickers the boys in the pictures wore, but because of the ornamental frame it came in with the location stamped on the backside. The strange, slivery-black high-contrast of the image also gave it a haunted look.

TinType by Hipstamatic is the next big thing in the company’s trendy photo filters. With this one-off app, you can make your selfies look they were taken in the 19th century.

This app is very similar to the TinType SnapPak available as an add-on inside Hipstamatic’s app. The main difference is that this is a standalone app. It features the original Tinto 1884 Lens with the D-Type and C-Type Plate Film filter. You can choose from the high-contrast black-and-white look of the late 1800s or the hand-painted color look that became so popular before color film was invented. 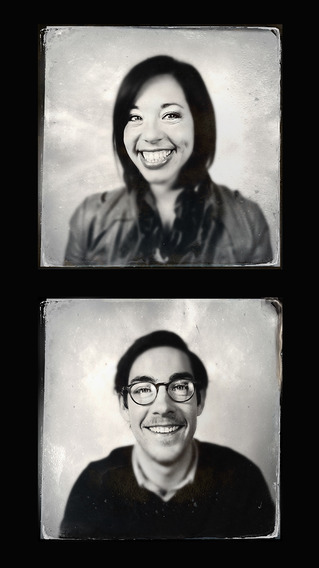 You can customize the effects with more or less application of the plate grain and depth-of-field. Plus, adjust the eye intensity for a striking portrait. Each filter has its own separate slider bar for more or less effect.

You can grab a snapshot with the in-app camera feature, or spend some time in post by selecting an image from your photo library. Thanks to iOS 8 extensions, you can edit pictures directly inside the Photos app without having to switch to TinType. The original picture is saved as a separate file so you can make as much of a mess with the TinType effects as you like without destroying the source.

This app is designed specifically for portrait-type photography due to the shallow depth-of-field effect. It is the perfect filter for taking interesting “selfies” and a resurgence of tintype photography has made its way into the 21st century. So you’ll be the hit with all your hipster friends when you post a new picture of yourself on Facebook, Twitter, or Instagram, which you can do directly from within the app. There is even a square format feature so you can finalize the look of your picture before Instagram cuts it to bits. 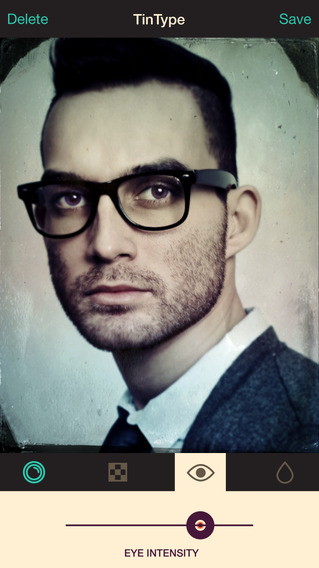 If you have already purchased the TinType SnapPack inside your Hipstamatic app, you won’t need this version as it is the same thing, but separated for the masses. The company noted in its blog post, “the look is so awesome that we felt like it needed its own app.”

TinType by Hipstamatic is available for $0.99. It requires iOS 8.0 or higher. Download it in the App Store today.