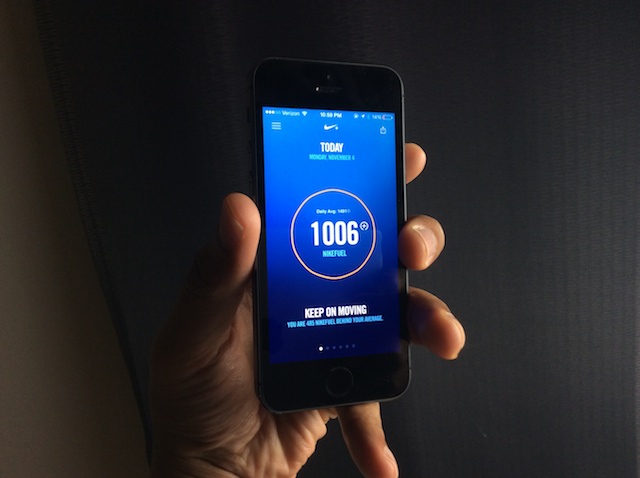 Even though he stopped short of offering any specifics, Nike CEO Mark Parker in an interview Thursday with Bloomberg’s Stephanie Ruhle kinda confirmed that partnering with Apple on things “we couldn’t do independently” is ”part of our plan”.

The iPhone maker recently hired a pair of engineers from Nike’s FuelBand team.

These hirings came after the media reported that Nike was significantly downsizing its wearables team and refocusing its strategy. Two months ago, the California firm made more high-profile hires as Ben Shaffer, Nike’s design director for wearables, and the widely recognized fitness expert and key Nike FuelBand developer, Jay Blahnik, both joined the Apple team.

Now Director of Fitness, Health Technologies at Apple, Blahnik can be seen explaining the benefits of Apple Watch in Apple’s Health and Fitness promotional video.

“Technologically we can do things together that we couldn’t do independently,” he said. “So yeah, that’s part of our plan, to expand the whole digital frontier in terms of wearables.”

Contrary to original news reports, Nike isn’t actually shutting down FuelBand production, they’re just realigning their strategy. The goal is to grow installed base from the current 25 million Nike+ users “to hundreds of millions”.

That’s a tall order, but achievable with a little help from a certain Cupertino gadget maker. Watch the Bloomberg interview below. Note that I’ve made it so that it starts playing at mark 9:45 when Parker starts discussing continued partnership with Apple.

Parker has no doubt in his mind that fitness and health tracking accessories and wearable technology are here to stay.

“I think it’s going to be a big part of the future, absolutely,” said Parker.

“I think the form it takes is critical,” he continued. “You can go from the very geeky kind of wearables today – we’ve all seen some of those – to what I think you’ll see in the future, things that are more stealth, more integrated, more stylish and more functional.”

Speaking to CNBC in April 2014 about the new direction, Parker said Nike would focus on wearable software and revealed that Nike and Apple have been working together “for a long time, and we’re excited about where that relationship will go forward”.

And as per a sketchy Geekwire report in April 2014, that partnership could include a sensor-laden fitness band that controls other devices via gestures, which to me sounds a lot like the Apple Watch.

Nike has a bunch of specialized health and fitness apps in the App Store, available here, including the recently-released iPhone app for soccer fans. Curiously enough, Nike’s iOS apps have yet to be updated with support for Apple’s HealthKit platform.

By the way, Apple’s boss has been sitting on Nike’s board since 2005.